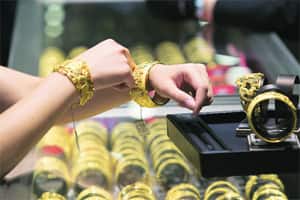 In a surprise move that could lead to a rise in legal imports of gold, the government on Friday scrapped a rule mandating traders to export 20 per cent of all gold imported into the country.

“It has been decided by the Government of India to withdraw the 20:80 scheme and restrictions placed on import of gold. Accordingly, all instructions issued about the scheme from time to time starting with circular number 25 dated August 14, 2013 stand withdrawn with immediate effect,” the Reserve Bank of India said in a circular. Banks may bring the contents of this circular to the notice of their constituents and customers concerned, the RBI said.

The 20:80 import rule linking imports to exports was introduced last year to bring down gold imports and narrow the current account deficit that had hit a record of 4.8 per cent of GDP.

Although legal import of gold declined in the subsequent months, the 20:80 rule was not only encouraging smuggling but it was also misused by many traders.

The RBI has not announced any changes in the restrictions on who all can import gold.

Bullion dealers, however, were expecting tightening of gold import rules by the government and the RBI as gold imports had soared to 106 tonnes in October as against 95.6 tonnes in September this year.

The six private firms, which were given relaxation, accounted for 40 per cent of the total gold imports in April-September.

In the RBI’s May 21 circular, issued in the last days of the UPA government, star trading houses and premier trading houses which are registered as nominated agencies by the Director General of Foreign Trade were allowed to import gold with certain conditions.

The relaxation on gold imports came close on the heels of the drop in crude oil prices to a four-year low.

The 20:80 import rule linking imports to exports was introduced last year to bring down gold imports and narrow the current account deficit that had hit a record of 4.8% of GDP