The Cabinet today raised the annual investment limit in Sovereign Gold Bonds (SGBs) to 4 kg per individual from 500 gm and relaxed other norms to make them more attractive to buyers. 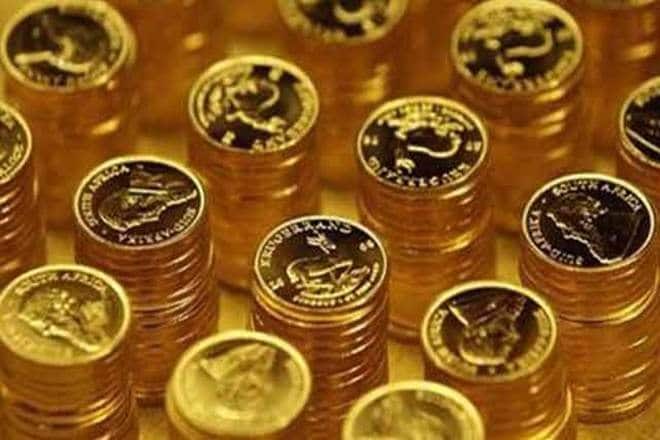 The target was to shift part of the estimated 300 tonnes of physical bars and coins purchased every year for investment into 'demat' gold bonds. (Image Source: Reuters)

The Cabinet today raised the annual investment limit in Sovereign Gold Bonds (SGBs) to 4 kg per individual from 500 gm and relaxed other norms to make them more attractive to buyers. The ceiling will be counted on financial year basis and will include the SGBs purchased during trading in the secondary market, an official statement said after the Cabinet meeting here. According to the statement, the investment limit per fiscal year has been increased to 4 kg for individuals, 4 kg for Hindu Undivided Family (HUF) and 20 kg for trusts and similar entities notified by the government from time to time. The ceiling on investment will not include the holdings kept as collateral by banks and financial institutions.

“SGBs will be available ‘on tap’. Based on the consultation with NSE, BSE, banks and Department of Post, features of product to emulate ‘on tap’ sale would be finalised by Finance Ministry,” it said. To improve liquidity and tradability of SGBs, it said appropriate market making initiatives will be devised. Specific changes have been made in the attributes of the scheme to make it more attractive, mobilise finances as per the target and reduce the economic strains caused by imports of gold and reduce the Current Account Deficit (CAD), it said. Flexibility has been given to the Finance Ministry to design and introduce variants of SGBs with different interest rates and risk protection or pay-offs that would offer investment alternatives to different category of investors, it said.

“Such flexibility will be effective in addressing the elements of competition with new products of investment, to deal with very dynamic and sometimes volatile market, macro- economic and other conditions such as gold price,” it said. SGB scheme was notified by the government on November 5, 2015 after due approval of the Cabinet. The main objective of the scheme was to develop a financial asset as an alternative to physical gold. The target was to shift part of the estimated 300 tonnes of physical bars and coins purchased every year for investment into ‘demat’ gold bonds.

The target mobilisation under the scheme was Rs 15,000 crore in 2015-16 and Rs 10,000 crore in 2016-17. The amount so far credited in the government account is Rs 4,769 crore. In view of less than expected response to the scheme, and considering its bearing on CAD and overall macro-economic health of the country, it was felt necessary to make changes in this scheme to make it a success.