There is absolutely no buying interest in the gold market right now. Gold futures for August delivery hit a six year intra-day low with the spot price settling around $1134/ounce on Friday. 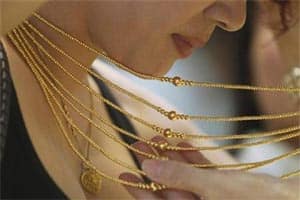 Snapping its three-day losing run, gold prices recovered from over a four-month low by surging Rs 175 to Rs 25,700 at the bullion market today, taking positive cues from global markets amid fresh buying by jewellers. (Photo: Reuters)

There is absolutely no buying interest in the gold market right now. Gold futures for August delivery hit a six year intra-day low with the spot price settling around $1134/ounce on Friday.

The best time to buy anything is when it is hated the most especially if one believes in the long term fundamentals.

The factors driving down the yellow metal are known to everyone by now: 1) potential US Fed rate hikes (which would lift up real interest rates); 2) a stronger US Dollar which will only get stronger with subsequent US rate hikes unless there is intervention from the Fed; 3) fading of systemic risk in the financial system as nervousness around Greece, Iran and China seems to have abated (for the short term at least!) and 4) market positioning via ETFs still seems to be net short with a target of close to $1000/ounce. Add to the above factors the recent bearish news flow that China is not adding gold to its reserves at the pace many gold bulls were hoping it would.

So what’s factored into the price of the precious metal? I would say all of the above.

Remember that gold started its painful correction back in 2013 when Ben Bernanke only hinted of potential monetary tightening. Two years later, we are still very much in a zero interest rate policy (ZIRP) environment. During this time, Europe and Japan have launched their own quantitative easing programs to fight deflation. There has been cheap money in the system but it just has not found its way to gold.

Gold had one of the best bull markets any asset class has seen from 1998 to 2011. The more parabolic the up move, the steeper the correction. One should view the price decline as a big correction within a secular bull market rather than the beginning of a bear market. It is ironical how the yellow metal hit an all time nominal high at the peak of the European debt crisis in 2011 but failed to rally when talks between Greece and the Troika were close to breaking down. Europe is playing a pathetic extend and pretend game and it is clear that a Grexit is inevitable.

Gold had behaved quite counter intuitively over the past many months and my best guess is that strong hands will pick up gold at these oversold levels. Momentum and algorithms based on technical levels can surely take gold down another 100 bucks from here but that too will present a buying opportunity.

Technically, gold has no “intrinsic value” as it is a non yielding asset. But I see no new fundamental factors driving the price of gold down.

The World Gold Council conducted a study using simple regression analysis for the time period of January 1975 to May 2013 to observe the price movements of gold under different real interest rate scenarios. The regression analysis shows that the average monthly return of gold since 1975 is 0.6 per cent which roughly translates into a 7.5 per cent return in annualised terms.

As Janet Yellen has said countless number of times, we will witness the loosest monetary tightening in monetary policy history.

Selling gold in anticipation of US Fed rate hikes seems like an old strategy now.

Vatsal Srivastava is consulting editor with IANS. The views expressed are personal. He can be reached at vatsal.sriv@gmail.com