Shares of The Federal Bank dropped sharply on Monday after reports showed that asset quality deteriorated in April-June. 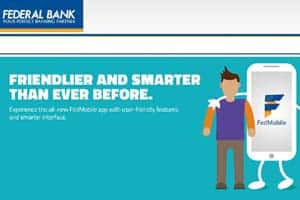 Shares of The Federal Bank dropped sharply on Monday after reports showed that asset quality deteriorated in April-June.

South-based lender Federal Bank, which reported a 36 per cent decline in net profit for the June quarter on provisioning impact from a large borrower, said another Rs 100-crore account is facing stress, which will be dealt with during the September quarter.

“We had two accounts which were facing stress. We decided to take full provision on a metal account of Rs 134 crore in Q1 and the second one, from the shipping industry, will be dealt with in Q2,” Bank’s Managing Director and Chief Executive Shyam Srinivasan told PTI.

The bank’s exposure to this company is at around Rs 100 crore and it is evaluating multiple options to deal with the stress, he added.

When asked if investors should expect a jump in provisions in the second quarter, Srinivasan said there are multiple options on the table.

He said a sale to an asset reconstruction company (ARC), which can give the bank to provide for the losses over the next eight quarters, is the last priority.