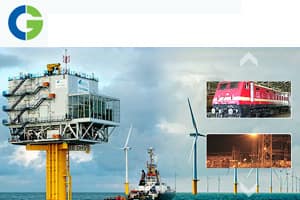 The Crompton Greaves scrip ended with gains of 4.4% on the BSE on Monday after Adani Power signed a memorandum of understanding (MoU) to acquire Avantha Power and Infrastructure’s (APIL) Kobra West Power Company. Crompton Greaves holds a 23.14% stake in APIL.

According to experts, exit from the power generation business could help promoters bring the down the number of pledged shares. “Increased investments in Avantha Power had led to promoter share pledge in Crompton Greaves at 61.4% (September 2014). The continued need for fund infusion had remained an important area of discomfort,” Motilal Oswal analysts said in a report.

“Hence, successful exit from the powergen business and stake sale in consumer business will address the liquidity apprehensions of the group and also largely resolve the issue of pledge shares, in our opinion,” the analysts added.

According to the note on the exchanges, Crompton Greaves said that APIL, in which Crompton Greaves holds an equity investment of 23.14%, has signed an MoU with Adani Power for 100% sale of APIL’s Korba West Power Company (KWPCL). KWPCL, a SPV of APIL, is commissioning a coal-based thermal power plant of 600 MW. KWPCL is valued in excess of R4,200 crore.

Certain analysts have turned bullish on the stock in recent days with Bank of America Merrill Lynch upgrading the stock to ‘buy’ from ‘underperform’. “We upgrade Crompton Greaves to buy and raise our target price to R236, having rolled forward our valuation to FY17E,” BofA ML said in a report.

YTD, the stock has given returns of 58.6%, outperforming the BSE benchmark Sensex which has gained 34.6% during the same period.

Brokerages further add that the company’s plan to demerge its consumer business will unlock value for the Mumbai-based company. “Crompton Greaves has proposed the demerger of the consumer business into a separate listed company. We believe that the transaction will unlock significant value, and also opens up strategic possibilities to accelerate growth,” Motilal Oswal said in a separate report.

On Monday, in another stock exchange notice, Crompton Greaves informed that Avantha Holdings, one of the promoter group entities is likely to sell a portion of its stake in the demerged consumer company — Crompton Greaves Consumer Products.

Crompton Greaves is also seeking shareholders’ nod to raise the FII limit in the company to 100%.