Eros International Media shares gained on Tuesday after the company announced completion of an internal review that showed confidence in the company’s accounting policy, practices and disclosures. 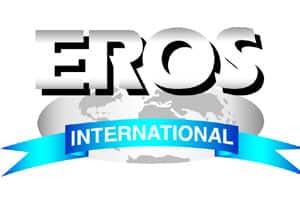 Eros International Media shares rallied over 4 per cent on Tuesday after company's movie Housefull 3 film garnered over Rs 100 crore across the globe in the opening weekend.

Eros International Media shares gained over 5.63 per cent on Tuesday after the company on Monday post market hours announced completion of an internal review that showed confidence in the company’s accounting policy, practices and disclosures.

In a BSE filing, the company said, “Having completed its review, the Audit Committee remains satisfied with the company’s financial reporting and disclosures in its financial statements as filed.”

Jyoti Deshpande, chief executive officer, Eros International said, “We reiterate that the company maintains the highest standards of integrity and transparency in financial reporting. I am positive that our strong business fundamentals will continue to help us build on our market leadership position in the Indian filmed entertainment sector and capitalise on opportunities to create long term shareholder value.”

The company expects to announce its full year results for the financial year ended March 2016 in June 2016.