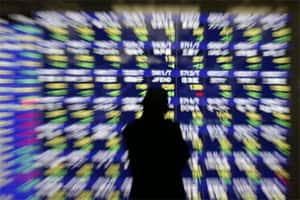 With risk aversion rising across the globe, dedicated emerging market (EM) equity funds reported outflows of $2.56 billion for the week ended December 31. That’s the seventh straight week of outflows for dedicated EM funds, cumulatively amounting to $17.1 billion, according to a report by Morgan Stanley.  The trend appears to be continuing into 2015. In the first seven sessions of 2015, foreign portfolio investors (FPIs) have sold close to $400 million worth of Indian stocks.

But that is relatively smaller than the withdrawals from market like Taiwan from where $600 million has been withdrawn. China too saw money moving out, with the largest outflows within EM markets of $1.54 billion in the week to December 31. The Chinese market has being doing well in 2015 so far, though, possibly because it is cheaper than many peers and trades at a multiple of of close to 16 times. In 2014, FPIs had invested around $16.2 billion in India. While liquidity has been contained after the Fed rolled back its third cycle of quantitative easing, investors expect more monetary easing by European Central Bank ) while Japan stays its course and China also considers stimulus. Although such liquidity infusion is could bring some respite to global equity markets, EMs may not necessarily benefit from it; barring QE1, EMs were not the top performers in the subsequent two rounds of easing.