Downgrade Eicher Motors to ‘sell’ with Fair Value of Rs 1,920 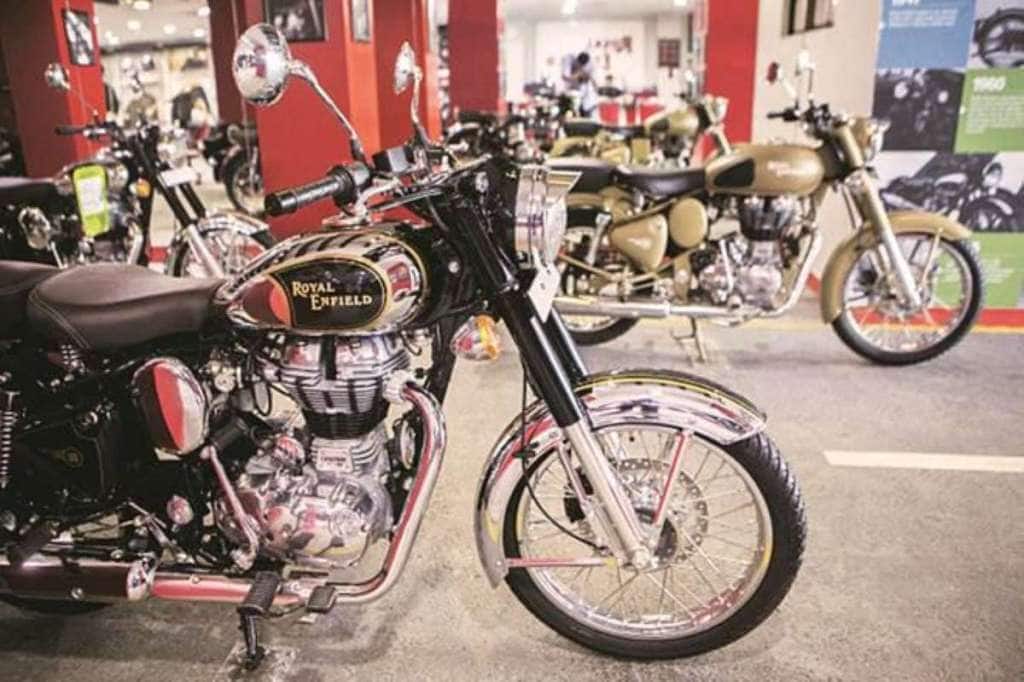 Royal Enfield is one of the leading players in the premium motorcycle segment with 25% market share led by 28% market share in rich states.

Opportunities priced in. We expect Eicher Motors’ iconic brand Royal Enfield (RE) to be one of the key beneficiaries of the premiumisation theme in domestic and export motor cycle segments. RE’s strategy of aggressively expanding into the hinterlands in the domestic markets and targeting the mid-sized motorcycle segment in LATAM and South East Asian regions will aid volume growth in the medium term. However, at CMP, we believe all these opportunities are priced in. Downgrade the stock to SELL with Fair Value of Rs 1,920 (unchanged).

We expect RE’s domestic 2W volumes to grow by 8.6% CAGR over FY2020-36E. Royal Enfield is one of the leading players in the premium motorcycle segment with 25% market share led by 28% market share in rich states (nominal GDP per capita >US$2,500) and 20-21% market share in other states (nominal GDP per capita 350cc segment; however, we expect competitive intensity to increase in this space with aggressive product launches by HMSI and Bajaj Auto-Triumph JV entering 250-750cc space CY2022E onwards. Despite increase in competitive intensity, we are currently building in flattish market share of ~25% for RE in the premium motorcycle segment over FY2020-36E due to an aggressive product launch pipeline.

We expect RE’s export 2W volumes to grow by 20% CAGR (partly due to lower base) over FY2020-36E led by targeting the mid-size motorcycle segment (250-750cc) in the developed and developing (nominal GDP per capita above US$10,000) geographies and gaining market share in these geographies through global products and distribution expansion. We would like to highlight that the mid-size motorcycle segment has outperformed the commuter motorcycle segment in these geographies over CY2012-19, which bodes well for RE. The company has achieved good response in Thailand, Brazil and North America for the RE brand with only a few stores. The firm is aggressively expanding its distribution network in South East Asia and LATAM and currently has retail presence across 60 countries. Also, the company has set up an assembly unit in Argentina, which will operate in partnership with Grupo Simpa (RE’s local distributor in Argentina since 2018). This unit will be a key hub to make further inroads in LATAM.