The S&P 500 ended slightly weaker after hitting an intraday all-time high. Declines in Tesla weighed on index and Nasdaq Composite, which ended down more than 1%. 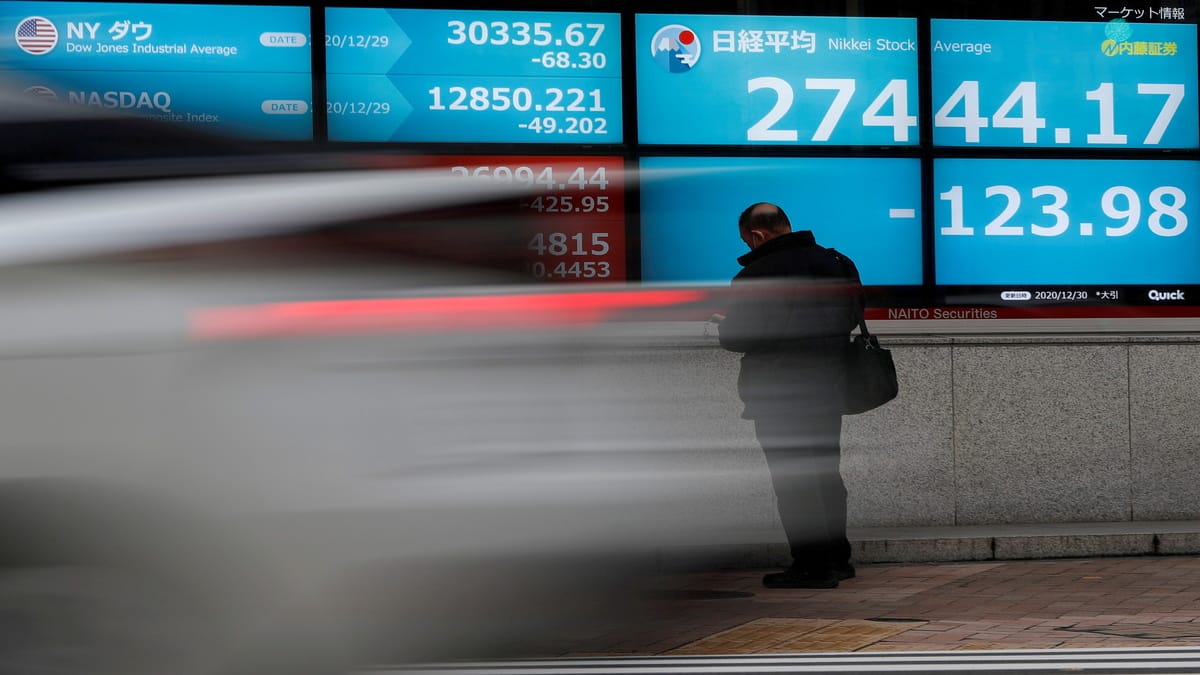 FILE PHOTO: A man stands in front of a screen displaying Nikkei share average and the world's stock indexes outside a brokerage, amid the coronavirus disease (COVID-19) outbreak, in Tokyo, Japan December 30, 2020. REUTERS/Issei Kato//File Photo

The Dow Jones Industrial Average reached a record closing high on Tuesday for a second straight day as financial and industrial shares rallied, while the Nasdaq fell.

The S&P 500 ended slightly weaker after hitting an intraday all-time high. Declines in shares of big growth names including Tesla Inc weighed on the index and the Nasdaq Composite, which ended down more than 1%.

Economically sensitive energy, financials and industrials were the leading sectors in the S&P 500, with financials eking out an all-time closing high.

Earlier, U.S. manufacturing data for December showed some cooling in demand for goods, but investors took solace in signs of supply constraints easing.

The S&P 500 bank index rose 3.5% in its biggest daily percentage gain in about a year.

Some strategists said financials and other value-oriented stocks could be near-term market leaders as investors gear up for interest rate hikes from the Federal Reserve by mid-year to curb high inflation. U.S. Treasury yields gained for a second trading day.

Investors are “going to punish growth stocks with high valuations,” said Robert Phipps, a director at Per Stirling Capital Management in Austin, Texas.

“This is a time when defensive stocks and value stocks are likely to outperform.”

Daniel Morgan, portfolio manager at Synovus Trust in Atlanta, said he still favored technology and growth shares, and was optimistic that fourth-quarter earnings for tech and the chip sector in particular could be stronger than Wall Street expectations.

Tesla shares fell 4.2%, a day after jumping more than 13% on stronger-than-expected quarterly deliveries.

General Motors Co shares rallied 7.5% a day ahead of its public debut of the Chevrolet Silverado electric pickup, which is slated to go on sale in early 2023.

Volume on U.S. exchanges was 11.49 billion shares, compared with about 10.4 billion average for the full session over the last 20 trading days.