Crompton Greaves shares in focus after a fall of 22%, should you buy?

A fall of 22 per cent in Crompton Greaves shares on Wednesday was among one of the biggest since May 17, 2004, when it plunged 20 per cent. 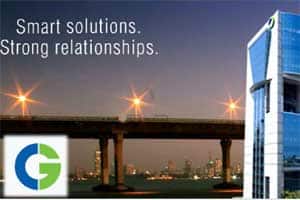 The company had earlier announced that it has halted operations at its manufacturing unit at Mandideep in c after it was hit by heavy rains.

A fall of 22 per cent in Crompton Greaves (CG) shares on Wednesday was among one of the biggest since May 17, 2004, when it plunged 20 per cent. The share price of the engineering conglomerate nosedived after it reported 139.02 per cent fall in consolidated bottom line figures for the quarter ended December 2015. The company on Tuesday post market hours reported a consolidated net loss of Rs 107.03 crore against net profit of Rs 274.29 crore in the corresponding quarter a year ago.

According to Nomura, the company’s international subsidiaries continued to make losses, even at the EBITDA level. However, more concerning is the drop in revenues in the domestic power systems business and near halving of margins.

For the quarter ended December 2015, Crompton Greaves reported 14.18 per cent year-on-year decline in its gross sales figures to Rs 2,067.80 crore against Rs 2,409.34 crore in the same quarter last year. The fall in figures can be attributed to the dismal performance of international power system business.

International power system business, which accounts for about 59 per cent of overall consolidated revenue, was lower by 18.9 per cent to Rs 1590 crore. International orders are still primarily being affected by the ongoing divestiture of the programme that the company has been working on since the past 12 months. It is also affected by softer demand in the Middle East and Africa regions.

The consumer division de-merger has been completed during the third quarter of 2015-16. And hence the result does not reflect the performance of consumer business during the quarter.

Management of Crompton Greaves has guided for a better outlook in FY17, highlighting that the unexecuted order book is expected to be higher in April 2016 compared to April 2015 for the standalone entity. On a standalone basis, bottomline of the company fell 72.86 per cent year-on-year to Rs 107.31 crore for the quarter ended December 2015.

Crompton Greaves also hopes to maintain profitability in certain overseas markets like Indonesia and Southeast Asia. However, the outlook is challenging in Europe and the Middle East, a report by Nomura said.

Edelweiss in a research note said, “We do not expect CG’s overseas business to turnaround in near to medium term given structural challenges in global T&D industry and lack of clarity on sale of international operations is disappointing. Consumer business is the only silver lining which is expected to get listed in March 2016.”

Reliance Securities in a research note said, “We have introduced FY18E estimates for Crompton Greaves and expect revenue of Rs 13680 crore and Rs 14640 crore and net profit of Rs 310 crore and Rs 430 crore in FY17E and FY18E, respectively. At the CMP, the stock is trading at P/E of 18.9x on FY18E earnings and P/BV of 1.8x. We continue to maintain ‘Sell’ recommendation on the stock with a revised target price of Rs 138.”

In the past one year, the share price of Crompton Greaves fell 26.83 per cent to Rs 130.80 on Feburary 3, whereas the benchmark index BSE Sensex fell 16.47 per cent during the period.

Crompton Greaves is a 2-billion dollar engineering conglomerate with a portfolio of products, solutions and services ranging from high-end power and industrial equipments and solutions, to consumer products and home appliances.