Gold, silver or stocks? Where to invest to ensure maximum returns 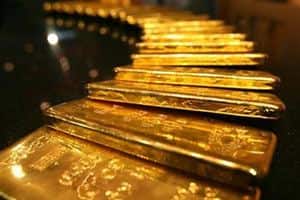 Gold and silver have outperformed domestic equity indices in 2016 so far. Market experts believe the rally in precious metals may go on hold for some time on account of stabilising global economy. However, benchmark indices BSE Sensex and NSE Nifty may outperform the precious metal pack from here onwards on account of the expectation of robust monsoon and earnings upgrade of India Inc in the upcoming quarterly results.

According to market experts, rising concerns over global economic conditions, political and economic uncertainty caused by Brexit and loose monetary policy stance of major central banks are some of the factors which have helped pushed prices of precious metals northward in 2016.

On the further movement of precious metals, market experts are not very bullish on the upside in gold and silver prices. Naveen Mathur, associate director, commodities & currencies business, equity research & advisory, at Angel Broking said, “Economies are stabilising. Therefore we can expect gold and silver prices to remain rangebound for rest of the year. However, we are slightly bearish on gold but marginally bullish on silver due to its industrial demand.”

Madhavi Mehta, AVP research, Kotak Commodities said, “In the near term, gold may consolidate in a broad range of $1310-1360 per troy ounce.”

On the other hand, equity experts see around 10 per cent upside from benchmark indices during September- December 2016. Sustained liquidity inflow, expectations of robust monsoon and 7th Pay Commission recommendation have already supported domestic equity markets in the ongoing financial year till August 2016. On Friday, Sensex and Nifty hit their fresh 52-week high.

Prakash Diwan of prakashdiwan.in believes Nifty can hit 9,500 by December 2016 on the back of earning upgrades and rising consumer demand. However, Sensex may hit 31,000-mark by the end of the ongoing calendar year.