A report released by Crisil on Tuesday said that while India needs around Rs 43 lakh crore ($650 bn) for infrastructure build-out over five fiscals to 2020, the country must look beyond the banks. 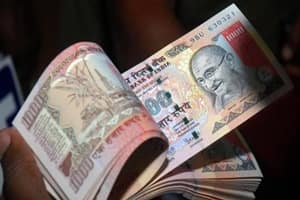 Crisil has estimated weak assets in the Indian banking system to touch a high of Rs 800,000 crore by the end of the current fiscal. The RBI's latest Financial Stability Report suggested that the GNPA (Gross non-performing asset) ratio might rise to 8.5 per cent by March 2017 from 7.6 per cent in March 2016. (PTI)

If the need for a deep corporate bond market was desirable, India’s aspiration and plans to take up large infrastructure projects across the country has now made it critical for it to have a healthy corporate bond market. At a time when major public sector banks are stressed with rising non-performing assets and mounting losses, many feel that relying predominantly on banks to fund infrastructure development in the country will not be prudent.

A report released by Crisil on Tuesday said that while India needs around Rs 43 lakh crore ($650 bn) for infrastructure build-out over five fiscals to 2020, the country must look beyond the banks. It said that a sharp fall in profitability has diminished the ability of public sector banks to generate capital from internal accrual. If weak operational performance, driven by a surfeit of non-performing assets (NPAs), has made it difficult for them to raise money from the capital market, higher provisioning has weakened their ability to offer competitive interest rates, it said. Also, if credit demand grows faster, their capital needs will be even higher.

“Such constraints mean the corporate bond market has become crucial to India’s growth story. We believe a few more steps are necessary to attract investors and issuers. These include policy impetus for issuers to tap bond markets, and offering protection through innovative credit-enhancement mechanisms such as a bond guarantee fund, which will draw a larger set of issuers and investors,” said Ashu Suyash, MD and CEO, Crisil.

There is, however, some progress on the same and the government is looking to fund infrastructure through other routes. In a meeting with global investors in Tokyo on Tuesday, finance minister Arun Jaitley pitched for foreign investment in India’s proposed Rs 40,000-crore National Investment and Infrastructure Fund (NIIF), promising overseas investors an “advantageous” tax regime in the country, as per a PTI report. Jaitley said India is making efforts to become most advantageous tax jurisdiction with regard to investment in infrastructure sector.

Earlier, Jaitley had announced a number of measures in the Budget 2016-17 to boost corporate bond market including setting up of a dedicated fund to provide credit enhancement to infrastructure projects by Life Insurance Corporation; encouraging large borrowers to access a certain portion of their financing needs through market mechanism instead of the banks; expansion of investment basket of foreign portfolio investors to include unlisted debt securities; introduction of electronic auction platform for private placement market in corporate bonds.

Even the RBI and SEBI are jointly planning to set up a complete information repository for corporate bonds, covering both primary and secondary market segments. Corporate bond issuance in India is currently dominated by private placements with institutions, which accounts for over 95 per cent of the total issuance of corporate debt.

The Crisil report believes that there are several positives in the economy that favour development of corporate bond market in India. “A conducive macro-economic milieu, elevated stress at public sector banks, the imperatives of financing large infrastructure build-outs, favourable regulations, ongoing innovations in bond structures, and the Insolvency and Bankruptcy Code, 2016 — are all positives for India’s corporate bond market,” said the report.

Crisil also highlighted on the need for multiple modes of raising funds. “For growth-finance to be structurally derisked, there is a need for new innovative