Why Punjab should not provide free power; state can reward farmers via cash

There are reports that the Election Commission has written to the home minister reinforcing its demand to make electoral bribery a cognisable offence. 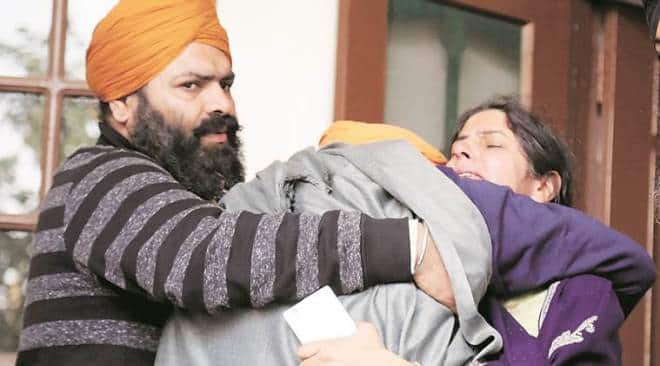 There are reports that the Election Commission has written to the home minister reinforcing its demand to make electoral bribery a cognisable offence.

Who will form the next government in Punjab next month is currently sealed in the ballot boxes. In the mean time there are reports that the Election Commission has written to the home minister reinforcing its demand to make electoral bribery a cognisable offence. But what about the assurances made in election manifestos which promise moon before election? Can that not be checked by the Election Commission? The reference is to Punjab elections where all major political parties have promised to waive-off farmer loans. That means any incoming party will be under tremendous pressure to fulfil its promise of loan waiver. And if it is done in Punjab, very soon it will spread like an infectious disease in other states, taking the same shape as was during the 2008-09 mega loan waiver of UPA government, which finally cost the exchequer R52,517 crore. But, if a loan waiver was the solution to the problems of peasantry, there should not have been any farm distress after 2008-09. Problems of peasantry still persist simply because answers lie somewhere else.

Take the case of Punjab. Punjab has been a front runner in agriculture since green revolution days. Its agri-GDP registered an average annual growth of about 10% during the first four years of green revolution (1966-67 to 1969-70). But during the period of current government, agri-GDP growth dropped to 1.5% per annum (2007-08-2014-15, latest available data), which is even lower than the national average of 3.2%, and way below the best performer Madhya Pradesh whose agri-growth stood at 10.9% per annum during the same period (see accompanying chart).
Notwithstanding the fact that Punjab’s per hectare productivity is pretty high, the moot question is where did Punjab go wrong, and what sort of policies can get it back on high growth trajectory on sustainable basis?

First, Punjab seems to have become a victim of its own success. Grain, primarily wheat and rice, occupies 80% of its gross cropped area (GCA), with almost highest productivity in India. This was great when India was suffering from food shortages. However, the situation today is completely different. After 2007-08, India emerged as a net exporter of cereals. Cereal stocks crossed 80 million tonnes (mt) on July 1, 2012, more than double the buffer stock norms. As a result of this ‘abundance’, the increases given in minimum support prices (MSP) of wheat and paddy were very meagre. This has brought down the profitability in these crops, and thus the income of Punjabi farmers. Just to give a flavour of the MSPs in India vis-a-vis some neighbouring countries, the MSP of wheat in China was $385/MT in 2014-15, in Pakistan $325/MT vis-à-vis India’s $225/MT. Similarly, for Indica rice China gave a support price of $440/MT as against $320/MT for India’s common rice.

Punjab peasantry suffered due to ban on exports of wheat and rice (during 2007-11), stocking limits on private trade, besides heavy taxes and commissions imposed on purchase of wheat and rice from state, which go as high as 14.5%. In a country where 1% tax on purchase of jewellery creates uproar, it is ridiculous to have 14.5% tax on basic staples like wheat and rice. The net result of this misguided policy is that food processing industry, which can add value, feels extremely reluctant to enter Punjab and most of the roller-flour mills in Punjab buy their wheat from Uttar Pradesh!

Second, although Punjab was the first to build a good marketing infrastructure for wheat and rice, it failed to create similar facilities for perishables like fruits and vegetables. As a result, prices of perishables remain volatile increasing the risk of farmers, who feel reluctant to shift to high value agriculture. Only 3.4% of Punjab’s GCA is under F&V compared to 8.3% at all India level. The state has to realise that there is a limit to augment farmers’ incomes through cereals unless lot of value addition is done, and the state has to shift towards high value horticulture and dairy to benefit farmers. Punjab has one of the highest milk productivity in the country, but share of milk production being processed by the organised sector is just 10%, compared to 20% at all India level and 53% in Gujarat. This clearly speaks of the need to ramp up milk processing facilities in the state.

Third, the most critical problem of Punjab agriculture is its depleting water table primarily due to paddy cultivation during summer. The nexus of ground water irrigation-free power-assured procurement- are sending wrong signals to farmers. The water table declined by 70 centimeter per year from 2008 to 2012. Currently, 80% of blocks in Punjab are declared dark blocks where water is over exploited (see accompanying map). It looks as if the current generation is taking away the water rights of future generations.

With one kg of rice consuming 3,000-5,000 liters of irrigation water, exporting common rice is not a very wise proposition for Punjab’s agriculture. This has to be rationalised and government should incentivise technologies like direct seeding of rice and drip irrigation in rice. Pilots in these areas show savings of 30-50% irrigation water.

Promotion of high value agriculture necessitates investment in cold storages and processing, many of which can be operated through cost effective solar power. Instead of giving free power, state can reward peasantry for saving power through cash incentives, which will also help in checking water depletion. Hopefully, these issues will be taken up by the new government to take Punjab to a higher level of prosperity.