The Man who triggered a $10 billion commodity collapse finally speaks

Noble Group, once one of the world’s biggest commodity trading houses, characterized him as a disgruntled former junior employee behind a series of reports by Iceberg Research, an anonymous group that began attacking its accounting practices in 2015. 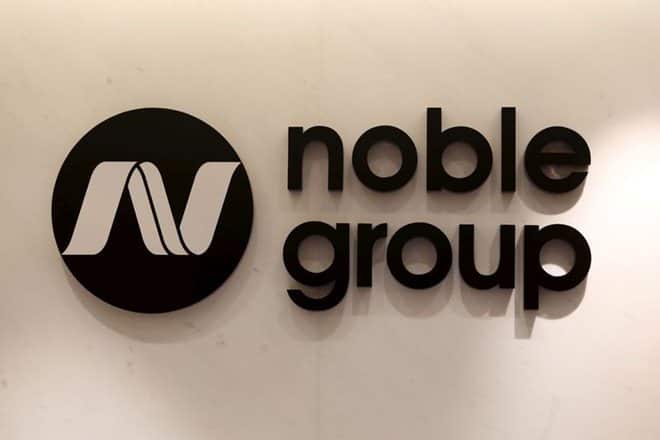 Noble declined to comment on the points raised by Vagner in the interview.

Arnaud Vagner has been a mystery for more than three years. Noble Group, once one of the world’s biggest commodity trading houses, characterized him as a disgruntled former junior employee behind a series of reports by Iceberg Research, an anonymous group that began attacking its accounting practices in 2015.

Even as the combined value of Noble’s equity and debt plunged by about $10 billion since then, Vagner declined to comment publicly or even confirm he was behind Iceberg. With the company now on the brink of a restructuring, he’s ready to talk.

“I am Arnaud Vagner,” he said in an interview by phone from an undisclosed location in Europe, confirming for the first time his link to Iceberg Research. He’s speaking publicly now because he’s trying to organize a legal challenge to Noble’s restructuring plan. “Bad companies have to die,” he said.

Also Read
9 million tonne sugarcane lie idle in Maharashtra
Sensex vs Gold, both gain from 4,000 to 50,000 in last 21 years; yet, Sensex beats gold by about 50%
Cotton prices start downward trend 
In gold we trust: India’s household gold reserves valued at over 40% of GDP

After writing down billions of dollars, including on contract valuations questioned by Iceberg, Noble’s market capitalization stands at $115 million. At its peak in 2011, the company was valued at $11.7 billion. Noble defaulted on its bonds and now faces a do-or-die struggle to keep going with a $3.5 billion debt-for-equity rescue that will hand control to creditors.

Vagner said his intended legal challenge, which he has invited others to join, will be easier if he waives his anonymity. “We have to send a message now that after years of fighting we won’t be bullied,” he said. Some people have said they are interested in joining the challenge, he said, without identifying them.

Noble has always denied the allegations made by Iceberg. It is suing Vagner and a Seychelles-registered company in Hong Kong, accusing both of conspiring to damage the company by anonymously spreading false and misleading information. Vagner denies the allegations in the suit, which is ongoing.

Noble declined to comment on the points raised by Vagner in the interview.

Bloomberg News has spoken by phone since 2015 with someone who said they were related to Iceberg. There were also emails. All discussions were off the record, they never identified themselves by name and declined to meet in person. The interview with Vagner was arranged via the same email address, his voice was the same as in previous calls and he had knowledge of specific subjects discussed previously.

Vagner disputes Noble’s characterization of him as a disgruntled former employee looking to profit. He said he’s never held a short position in Noble and fighting the company’s suit has cost him HK$3 million ($380,000) in legal fees. Vagner said he funded himself through profitable short positions in other companies and income from selling research.

It’s never been clear if Iceberg consists of one or several people. Vagner declined to say, although he acknowledged talking to several people about the information he had before the first Iceberg report.

“I cannot say who I worked with because that would go against a non-disclosure agreement,” he said. “After talking to a few people, it didn’t go anywhere and I decided to launch Iceberg.”

During his time as a senior credit analyst at Noble in Hong Kong, Vagner said much of his work consisted of writing reports to show the trading house had proper risk controls in place. He only worked with publicly available information at Noble and has not used anything confidential to write his Iceberg reports, he said.

“Noble made a terrible mistake at the end of their annual reports,” he said, referring to the company’s estimates for how much profit its long-term contracts would realize. “After comparing for years, and it really took a long time, the expectation of realization and what they were actually realizing every year, I reached the conclusion that it was complete bull—t.”

The first Iceberg report in 2015 stated that those long-term contracts were probably overvalued by about $3.8 billion. Since then, Noble has written down, or taken reserves against, more than that. “We were too conservative,” Vagner said.

Until now, Vagner’s only appearance as himself was a brief clip in a corporate video for Noble, in which he spoke about the company offering “a new challenge every day.” His life since 2015, he said, has been somewhat more than a challenge. Aside from the lawsuit, he claims to have been the subject of online attacks, though he can’t be sure who is responsible.

Despite that, he says he is proud of his work in the past several years. “It is satisfying because you do it just with your computer and your brain,” he said.

The former credit analyst isn’t done. He’s now turning his attention to regulators, who he said were too slow in their response. “They should have investigated,” he said.

Vagner said he identified himself to the Singapore Exchange in the middle of 2015 and had several phone calls and email exchanges with officials. Eventually, he said, they stopped returning his calls and emails. The SGX has previously said it couldn’t act on the Iceberg research because it was issued anonymously.

The SGX said in a statement on Wednesday that it has been “putting the onus on Noble’s auditors to justify its audit and their accounting practices were reviewed by a Singapore-registered auditor.”

“If there is any failing by any auditor, we will refer the auditor to the appropriate accounting regulatory bodies,” the bourse said. In Singapore, the SGX is both the exchange and the front-line regulator of the stock market.

Can Scrap-Metal Dealer Elman Salvage Noble Group From the Heap?

Vagner also directed his criticism at the company’s banks, of which there have been several dozen over the years.

“The bankers want their bonuses in February, and the world can collapse after that,” he said. “A normal banker doesn’t want to challenge his client.”

The Noble saga is heading to a crucial vote on Aug. 27, when shareholders will decide whether to back the restructuring plan. If they do, they will hand control to the company’s creditors. The current management, including founder Richard Elman, will also get a chunk of the new company.

Vagner doesn’t see the vote as the end of the story.

“If the restructuring is successful, the new Noble isn’t viable and they won’t be able to pay their interest,” he said. “I hope that it will go down.”