On one hand, domestic sunflower oil makers are running out of sunflower oil stock, on the other hand, shipments of cooking oil are stuck at various ports. Sunflower oil prices, which have shot up by about 25-30% in recent days, are expected to surge further. 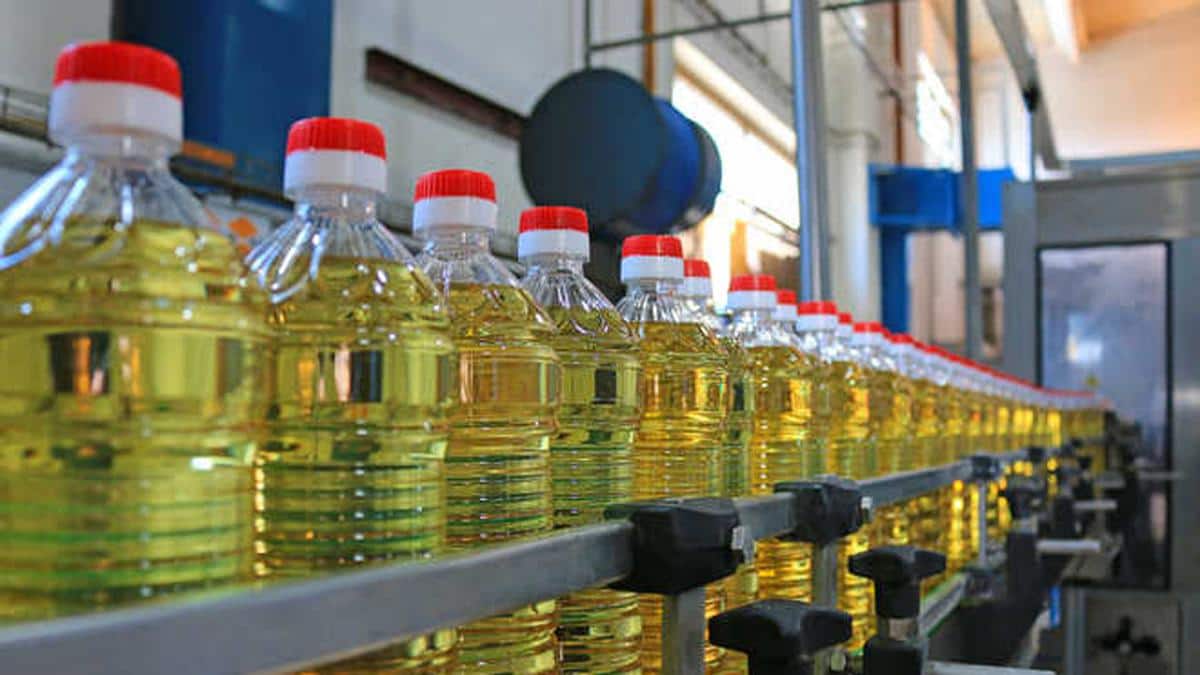 Sunflower oil prices, which have shot up by about 25-30% in recent days, are expected to surge further. India’s 90% of sunflower oil imports come from the Black Sea region of Ukraine and Russia. (File Photo: PTI)

Russia’s President Vladimir Putin’s war on Ukraine has created ripples in the agri-commodity market and the impact is also being felt in India, which is a net importer of cooking oil. On one hand, domestic sunflower oil makers are running out of sunflower oil stock, on the other hand, shipments of cooking oil are stuck at various ports. Sunflower oil prices, which have shot up by about 25-30% in recent days, are expected to surge further. India’s 90% of sunflower oil imports come from the Black Sea region of Ukraine and Russia.

The price of sunflower oil shot up to Rs 180 per kg currently from Rs 135 per kg in January-February, Shammi Agarwal, Managing Director, Pansari Group told FinancialExpress.com. Consumers will soon have to start looking at other available cooking oil alternatives as the government tries to plug the gaps by tapping imports from other countries.

Manufacturers running out of stock; should consumers panic?

Citing the shortages as a result of supply chain crunch, sunflower oil manufacturer Pansari Group said its raw materials are almost out and the company will only be able to sustain for another two months of manufacturing of sunflower oil with its current raw material inventory. “Many companies, even in South India, don’t have any sunflower oil as a stock and they are going out of stock,” Pansari Group’s Shammi Agarwal said. “At Pansari, we have little stock left but enough to cater to the demand. We have also stopped bulk supplying and are only doing consumer retail,” he added.

Overall sunflower oil’s share is about one-tenth of India’s overall cooking oil plate and is consumed more in southern parts of India than the north. Industry participants said India has alternatives to sunflower oil available at hand to fill-in the supply gap.

“There is no need to panic about shortages since India has sufficient supply of other cooking oil such as mustard oil, groundnut oil, cottonseed oil, rice bran oil and palm oil. Even if there are shortages of sunflower oil due to supply chain issues pertaining to the conflict in Russia and Ukraine, it would not create scarcity of edible oil in the country, since sunflower oil accounts to only 9% of total edible oil consumption,” BV Mehta, executive director of Solvent Extractors’ Association of India, said. “Horeca segment may switch over to alternate oils, while consumers with limited income can also shift to other alternatives,” he added.

Traders in the country are concerned about the supply crunch and are uncertain if the shipments will reach them. “There is a fear among importers whether the contract (for sunflower oil exports) will be honoured or not,” Ashish Khandelwal, Managing Director at BL Agro said. “For this reason, the importers are looking for cheaper and easily available oil,” he added.

“Amid a raging war between Russia and Ukraine, shipments of more than 3,50,000 tones of cooking oil to India are at risk as logistics and loadings remain stuck at various ports,” chairman of Tradologie, a global B2B agri products marketplace said. “India still has some reserves of  cooking oil which will provide some resistance to price spike but the major impact of the war would be seen in the next 3-6 months where the true deficiencies in imports would take place,” he added. In total, traders in the country have contracted imports of 5,50,000 tons of sunflower oil from Ukraine and Russia for deliveries in February and March.

Government to look for alternatives to sunflower oil

Earlier this week, Finance Minister Nirmala Sitharaman said the cooking oil supply crunch will impact India, which imports sunflower oil in large quantities from Ukraine and Russia. India is looking at other places from where, not sunflower but any other edible oil can be imported, she said in a media interaction, according to an Economic Times report. India does not produce enough sunflower oil to meet its domestic needs and hence imports to meet its needs.

“India consumes about 2 lakh tones of sunflower oil per month. In the month of February, 1.5 lakh tones of sunflower oil have left for India. India will have to import Sunflower oil from other countries like, Netherlands, Hungary, Turkey, Spain and Bulgaria,” Tradologie’s JK Arora said. “While India is looking to bridge the supply gap by sourcing through other countries, the manufacturing deficits will start getting visible by the start of the second quarter of 2022,” he added.