Spiraling inflation may boost gold demand as a hedge: Report

Gold has gained importance as an investment asset over the years, and is viewed as a good hedge in the event of the rupee fall and against inflation in the short-term. Notably, gold’s long-term returns over the past 15 years have outperformed equities and debt, despite these asset classes moving broadly in the same direction, according to the report. 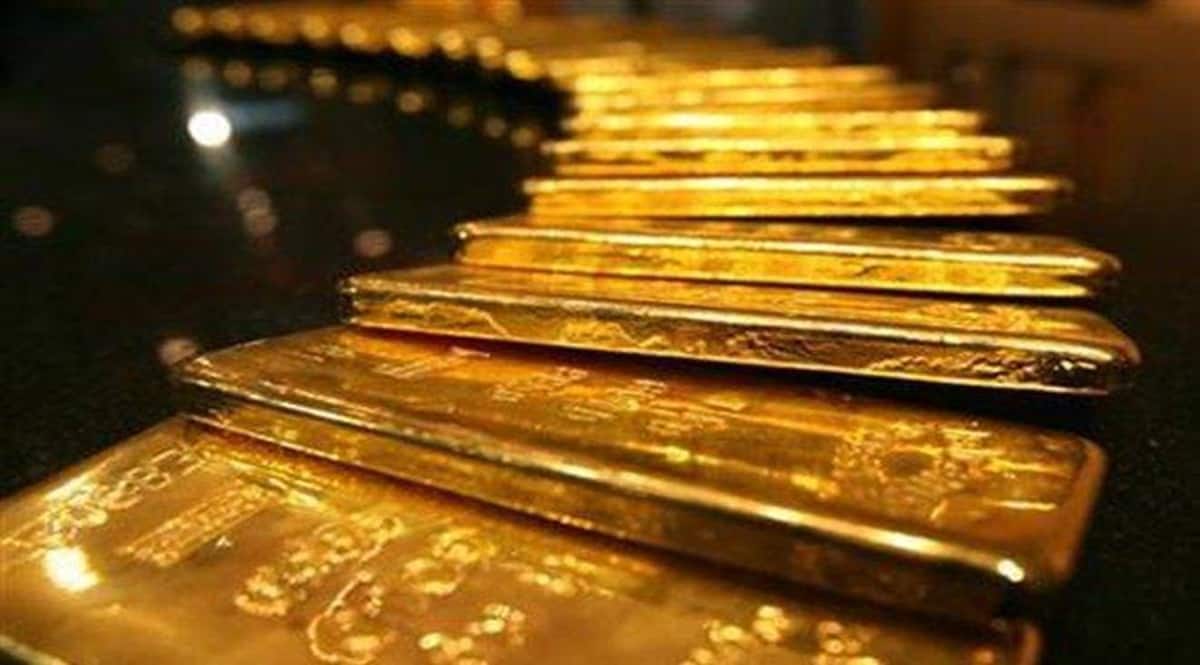 Imports were only worth USD 34.62 billion in the pandemic-hit FY21.

Despite the World Gold Council’s projection of a dip in consumer demand for the precious metal this fiscal on the back of rising prices and record imports last fiscal, a foreign brokerage report has suggested that the demand may rise more than generally projected as households may snap up the metal as a hedge against spiralling inflation.

Gold imports rose 33.34 per cent to USD 46.14 billion in FY22 to 837 tonnes or 1.5 times above the pandemic low in FY21 and 12 per cent more than the pre-pandemic average of FY16-20, leading to a higher current account deficit that’s seen at 3 per cent of GDP, government data showed last month.
Imports were only worth USD 34.62 billion in the pandemic-hit FY21.

After a record USD 54 billion worth of imports in FY13, inward gold shipments have been waning and had fallen to USD 28 billion in FY20 but then began to rise again and scaled USD 25 billion in FY21 and further to a tad over USD 46 billion FY22.

Gold imports are projected to marginally decline to USD 43 billion in FY23, according to UBS Securities India report released on Monday.
The surge in gold imports in FY22 contributed to the widening of the trade deficit to USD 192.41 billion as against USD 102.62 billion in FY21.
India is the world’s second-biggest gold consumer after China.

The imports are largely driven by the jewellery industry. The gems & jewellery exports grew about 50 per cent to about USD 39 billion in FY22. Current account deficit widened to USD 23 billion or 2.7 per cent of GDP in the first three quarters, according to the RBI data.

“Our regression analysis suggests that a 1 per cent point increase in inflation leads to 2.6 per cent rise in gold demand. While the economic ramifications of persistently high inflation, stretched equity market valuations, recent losses in equity markets retail investors and still low deposit rates can make a case for gold as an alternative asset class for the households in the near term,” UBS Securities India said in a note on Monday.

Gold has gained importance as an investment asset over the years, and is viewed as a good hedge in the event of the rupee fall and against inflation in the short-term. Notably, gold’s long-term returns over the past 15 years have outperformed equities and debt, despite these asset classes moving broadly in the same direction, according to the report.

The report quickly added that higher prices, however, may act as a deterrent and restrain investment demand.
Accordingly, its chief India economist Tanvee Gupta Jain, expects gold demand to slow to 750 tonnes in FY23 down from 837 tonnes in FY22.
Beyond safe-haven interest, there have been indications that a broader strategic interest in gold is emerging. As the bulk of the country’s gold supply is imported, higher global prices, despite modestly softer demand in volume terms, imply net imports may remain elevated at USD 34 billion or 1 per cent of GDP in FY23.

She attributes the marginal fall to elevated global prices of the metal and softer domestic growth as real incomes are affected by rising energy prices, spiralling inflation and an incomplete recovery of the labour market.

UBS recently raised its gold price forecast, but maintained a downward price profile into early 2023 largely reflecting safe haven flows following the Russian invasion of Ukraine in late February, Economic re-opening after the pandemic, higher household savings and pent-up demand boosted the gold demand in FY22 with the December quarter recording a whopping 357 tonnes imports. But imports/demand fell to 141 tonnes in Q4, down 60 per cent from Q3 driven by higher prices triggered by the Russian invasion of Ukraine.

Households are becoming wealthier due to record high gold prices and their imputed wealth (based on their gold holdings) has risen sharply in recent years.
Indians hold the largest stock of gold in the world at around 27,000 tonnes which is 13 per cent of the global stock and worth about USD 1.675 trillion or 53 per cent of FY22 nominal GDP), (held by households and temples), according to the WGC data.
As against this retail bank deposits are only about 46 per cent of GDP as of December 2021 and the Reserve Bank holds gold worth USD48 billion in its gold reserves.