Shrimp production likely to be hit by higher costs & diseases

Aquaculture shrimp products constitute almost 70% of annual seafood exports from India, which is the second largest fish producer in the world after China, and accounts for nearly 6% of global fish production 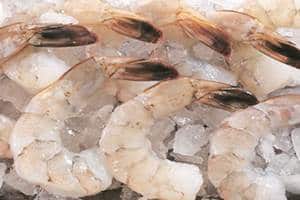 Higher cost of production and diseases are likely to slow Indian shrimp production in the current year, officials from the Society of Aquaculture Professionals (SAP) have said. Production declined by over 10 % last year due to flooding and disease outbreak, but the recovery is likely to be marginal due to lower returns from farming, S Muthukaruppan, president of SAP, told FE.

Aquaculture shrimp products constitute almost 70% of annual seafood exports from India, which is the second largest fish producer in the world after China, and accounts for nearly 6 % of global fish production.

“Production may recover only marginally in the current year from the damages caused last year by flooding and prevalence of microsporidian EHP. Higher cost of production and a sharp decline in prices during the last quarter of 2015 have affected farmers,” Muthukaruppan said. He said that higher input cost and saturation in Andhra Pradesh is unlikely to boost production in the near-term. Andhra Pradesh farms produces nearly 70 % of vannamei shrimp for export.

Also Read
Indian Sugar Mills Association urges PM Modi to immediately hike sugar MSP
How a Nashik brand is sparking its own green revolution
In gold we trust: India’s household gold reserves valued at over 40% of GDP
LPG subsidy may be back in FY23

Anwar Hashim, managing director of Abad Fisheries, and former president of the Seafood Exporters Association of India, confirmed that the cost of production has moved up and new diseases like ‘slow mortality disease’ are affecting production.

“It is true that prices dropped during the June-August period but it has recovered in January. Seed costs have moved up and the production cost per kg has increased to Rs 225 from Rs 150,” he added.

However Hashim is optimistic that production of Vanammei can be boosted with new areas in West Bengal, Odisha and Gujarat.

Vanammei or white shrimp production accounted for 3,53,413 tonnes in FY 15 with the rest being black tiger shrimps.

Rabobank reports that India, among others, has the potential to increase shrimp production many times its current production due to its large river systems providing ideal shrimp farming conditions. Rabobank estimates

Indian vanammei production to increase five fold in the near future.

India started farming white or Vannamei shrimps only in the 2009-10 period following stiff competition from countries like Thailand and China in the global market. India used to farm mainly the black tiger shrimp.