The National Seeds Association of India (NSAI) is unhappy with the recent announcements made by the Maharashtra agriculture minister with regard to seed companies. 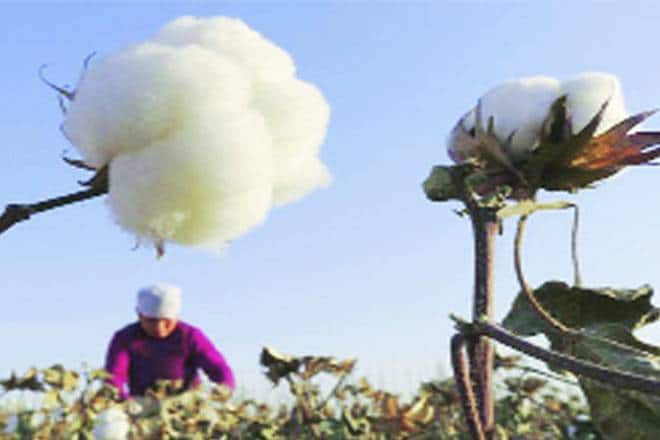 The minister had announced that seed supplier companies shall compensate farmers for the losses incurred due to pink bollworm. (IE)

The National Seeds Association of India (NSAI) is unhappy with the recent announcements made by the Maharashtra agriculture minister with regard to seed companies. The minister had announced that seed supplier companies shall compensate farmers for the losses incurred due to pink bollworm. NSAI director-general Kalyan Goswami said that seed companies are only responsible for seed quality parameters as specified under the Seeds Act. “In case of BT cotton seeds supplied in Maharashtra there is no problem with seed quality. No complaints are made by any farmer about seed quality,” he clarified in a statement issued in Pune. “It is a clear case of failure of Monsanto Bt II technology which is called as Bollgard II. The Central Institute of Cotton Research (CICR) had declared the fact that Pink bollworms developed resistance two years ago and accordingly, all seed companies had educated farmers about this and even issued newspaper advertisements,” Goswami said. Goswami said that despite this the Government of India had notified under a cotton seed price control order to pay a trait value of Rs 49 by collecting from farmers as a part of MSP of Rs 800.

“The complete responsibility for trait efficacy remains with Monsanto and if at all they only have to pay compensation. We do not understand why the government has not named Monsanto,” he said. He expressed confidence that courts will clarify who is responsible for this problem and will completely accept the points put forth by the association. This is a clear case of punishing the innocent and leaving the guilty scot-free, Goswami said. There are speculations in the market that the association is seriously considering legal resource on this issue. Cotton growers in Maharashtra would get compensation ranging from Rs 6,800 to Rs 37,500 per hectare, depending on the extent of damage to their crops due to pink bollworm. Cotton has been cultivated on around 41 lakh hectares this year in Maharashtra, and it is estimated that 25% to 50 % of the crop has been damaged due to the pest attack. “Cotton cultivators would get Rs 6,800 per hectare through the National Disaster Response Fund (NDRF) and Rs 8,000 per hectare from crop insurance,” state agriculture minister Pandurang Fundkar said while announcing the compensation package.

The minister added that farmers would also get Rs 16,000 per hectare for up to two hectares under the Maharashtra Cotton Seeds (Regulation of Supply, Distribution, Sale and Fixation of Sale Price) Act, 2009. Further, cotton farmers in the state would be given bonus of Rs 200 per quintal, with a maximum limit of 50 quintals, he said in the state Assembly. Meanwhile, the Federation of Seed Industry of India (FSII), a seed industry body representing research-based seed companies in the country, has appealed to authorities in Maharashtra to resolve the matter of complaints related to damage to cotton crop in some regions.

“As a responsible industry association, we have been engaging with the authorities during last few weeks to resolve the matter of complaints related to damage to cotton crop in some regions. However, we are disturbed at the actions by the authorities in the last few days in Maharashtra, in raiding the premises of some of our and taking unilateral action of stopping the operations and seizing the stocks without reasonable evidence,” Ashwani Yadav, executive director, FSII said. “Such unilateral and unfair actions will result in hurting the interests of the responsible seed industry apart from diminishing the availability of new seed innovations in the future. While all our members would fully cooperate on any genuine investigation related to this matter, in the larger interest of Indian farmers, we would appeal to the authorities not to harass the bona fide companies of the organised and research-based Industry,” he said in a statement issued here. The Federation of seed Industry of India is a seed industry body representing research based seed companies in India. FSII membership covers the leading seed companies in the major crops of the country.