Petrol and Diesel Price Today in India: In Delhi, petrol and diesel on October 23 are being sold at Rs 96.72 and Rs 89.62 per litre, respectively. 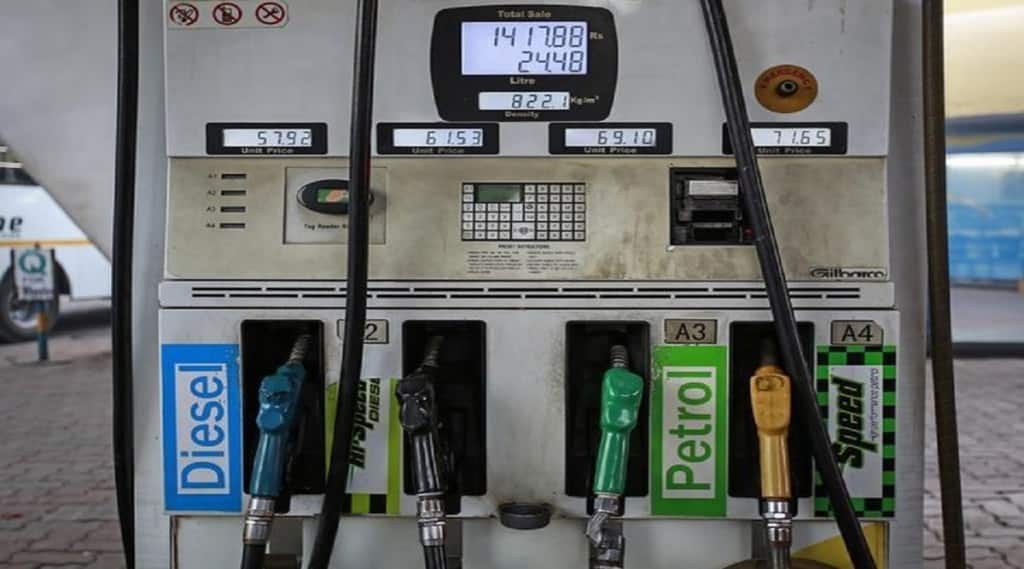 Retail petrol and diesel prices differ from state to state because of local taxes like VAT or freight charges. India’s State-owned Oil Marketing Companies have lost an estimated $6.5 billion-$7 billion on petrol and diesel sales due to a virtual freeze in retail prices between November 2021 and August 2022 and their earnings may remain weak this year as they are yet to be compensated for these losses, Moody’s Investors Service said recently.

Also Read: F&O expiry: Nifty support at 17400, resistance at 17800; look for opportunities only in momentum stocks

Also Read: Rupee likely to depreciate on strong dollar, risk aversion in markets; USDINR pair to trade in this range

The last country-wide change in fuel prices came on 21 May this year, when Finance Minister Nirmala Sitharaman announced a cut in excise duty on petrol by Rs 8 per litre and Rs 6 per litre on diesel. Since the central government excise duty cut, some states have also reduced VAT rates on auto fuels. Meghalaya was the last to revise the fuel rates when it increased VAT on August 24, because of which petrol now costs Rs. 96.83 per litre in Shillong and diesel is now priced at Rs. 84.72 per litre. The Maharashtra government announced a cut in value-added tax (VAT) on petrol by Rs 5 a litre and by Rs 3 a litre for diesel in July.