The creation of the Rs 8,000-crore fund for dairy processing and infrastructure development by National Bank for Agriculture and Rural Development (Nabard) would facilitate financing of milk processing capacities, thereby helping enhance production of milk. 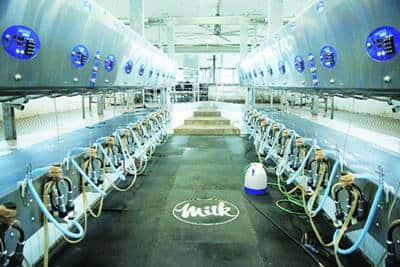 The creation of the Rs 8,000-crore fund for dairy processing and infrastructure development by National Bank for Agriculture and Rural Development (Nabard) would facilitate financing of milk processing capacities, thereby helping enhance production of milk.

According to Dilip Rath, chairman, NDDB (National Dairy Development Board), thousands of diaries and cooperatives at the village, district and state levels, which were formed around 30 years back, require funds to grow their businesses.

This would lead to enhancement of milk processing capacities of diaries cooperatives which had been stagnated for last many years, Rath said.

“Majority of the 16-odd state level cooperatives came into existence during operation flood mission launched three decades back and since then most of the them have never expanded or modernised,” Rath told FE.

He said that the envisaged Nabard fund would allow cooperatives to access low cost loan for meeting the expenses towards modernisation and ensure supply of quality milk conforming to the Food Safety and Standards Authority of India standards to the consumers.

Finance minister Arun Jaitley had announced creation of corpus of R8,000 crore over the next three years and the fund will commence with a corpus of R2,000 crore for FY18.

Officials from department of animal husbandry said that with the exception of a couple of big state cooperatives, including Gujarat Cooperative Milk Marketing Federation (GCMMF) also known as Amul, and Karnataka Cooperative Milk Producers’ Federation which sells its products under Nandini brand, most of the cooperatives do not have enough financial strength to expand processing capacities.

However, urging the government to take a more holistic view of dairy sector, Srikumar Misra, managing director and CEO of Odisha-based Milk Mantra said the government needs to focus on private dairy companies as well, as it is contributing around 45% of the total organised milk procurement and has grown it’s share compared to for milk cooperatives in the last 10 years.

Out of total annual milk production of 160 million tonnes, around 50% is marketed. Cooperatives and private sector have a share of 50% of the marketable surplus and rest is sold by unorganised sector players.