MSP for Jowar: At 150% of cost, it will distort market price

Production of jowar, a coarse cereal grown during both kharif and rabi seasons in states like Maharashtra, Karnataka and Tamil Nadu, has been declining steadily over the last few years. 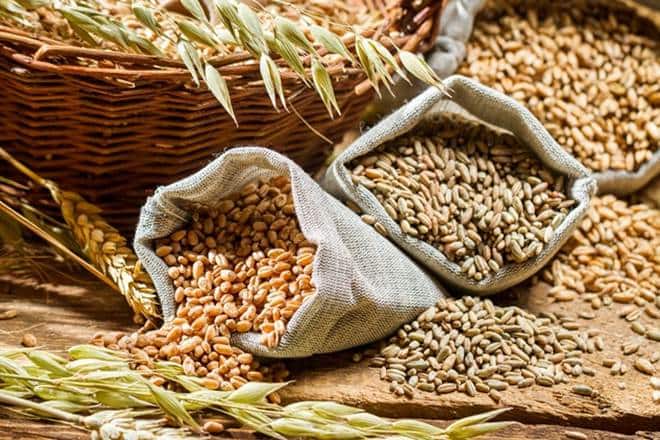 If the government implements the assured minimum support price at one and a half times the production cost, as promised, it would jack up consumer prices of jowar and distort the market dynamics of the “poor man’s cereal”. (IE)

If the government implements the assured minimum support price at one and a half times the production cost, as promised, it would jack up consumer prices of jowar and distort the market dynamics of the “poor man’s cereal”. Besides, the measure would also dampen exports, analysts warn. At 150% of the cost (A2+FL), the MSP for jowar for the next season could be at least 37% higher than the Rs 1,700/quintal announced for 2017-18 crop year (July-June); the resultant increase in retail prices to the consumer will be even steeper because a higher MSP would also inflate traders’ margins. “Under such a pricing structure, farmers may find it profitable to allocate more area for jowar cultivation and increase its production significantly. However, in the absence of commensurate demand for the cereal, market prices may fall way below the announced MSP, necessitating large-scale procurement at MSP. This would not be an economically rational choice,” said Ashok Gulati, noted economist and former chairman of CACP.

Production of jowar, a coarse cereal grown during both kharif and rabi seasons in states like Maharashtra, Karnataka and Tamil Nadu, has been declining steadily over the last few years. Experts are attributing the trend to jowar’s higher cost of production compared with other crops.  “Jowar’s cost of production is high as the yield is low vis-a-vis other crops such as rice and wheat,” said Arabinda Padhi, India head at International Crops Research Institute for the Semi-Arid Tropics, which undertakes research for development of coarse cereals in Asia and Africa. He, however, believe jowar ought to be promoted among consumers for its nutritional value. This might also help farmers to get remunerative prices, he said.

The prevailing MSPs for most rabi crops are 50% or more higher than the respective production costs (A2+FL). Of the six rabi crops for which MSPs have been declared for the current crop year, in case of safflower, the benchmark rate of `4,000/quintal is only 28% higher than its cost of production. MSPs for all other rabi crops (wheat, barley, chana, masur and mustard) are already more than 50% of their respective costs. But in case of kharif crops, only tur (pigeonpeas), urad (black matpe) and bajra (pearl millet) have MSPs already more than 50% over the cost. The government has to suitably increase the MSPs of remaining 11 crops (paddy, jowar, ragi, maize, moong, groundnut, sunflower, soyabean, sesamum, niger and cotton) so that, as promised by it, farmers get at least 50% over the cost of production.

Immediately after the Budget announcement on assured price support to farmers, Vijay Paul Sharma, chairman of the Commission for Agricultural Costs & Prices (CACP), had told FE: “Our commission looks at various factors when we recommend the MSP. Cost of production is only one of these factors though an important one. Our economy is integrated with the rest of the world. We are the largest exporter of rice, almost the top importer of edible oils. So, in addition to the cost of production, we also take into account the demand and price scenario in the domestic and international market.” Citing the example of rice, in which India is the world’s largest exporter selling 11 million tonnes per year, Sharma said: “If our prices become much higher than what the international prices are, we will lose out in the global market. If the exported quantity remains in the country, it will further depress the domestic prices,” he said.

After India removed the quantitative cap on export of jowar in 2002, the export of the cereal had grown steadily over a few years. From 8,000 tonne in 2006-07, the exports reached 1.35 lakh tonne in 2014-15. However, as domestic prices increased vis-a-vis global prices, jowar exports declined to about 65,000 tonne in 2016-17 and only 12,800 tonne was shipped in the first ten months of 2017-18, as per the commerce ministry data. The MSP of jowar is usually declared before the kharif season and the next announcement may be made in June along with other crops. If a farmer grows jowar, he gets less than one tonne from one hectare while he gets more than 3 tonne of wheat and more than 2 tonne of rice from the same field and that too with a lower cost of production.

Thanks to the Budget announcement, the government would fix the MSPs of 23 identified crops at 50% over and above the cost of production. The jowar MSP for next season could be Rs 2,330/quintal or thereabouts, assuming no increase in the cost of production. The US is the largest exporter of jowar with a market share of 62.2%, followed by Argentina (18.1%) and Australia (12.8%). Domestic production of jowar has declined from a record 7.93 million tonnes in 2007-08 to 4.66 million tonnes in 2017-18 as farmers shifted to rice, wheat and pulses.