Balasaheb Shinde, district agriculture superintendent (Jalna), said that the officials collected samples of the seeds and warned the farmers again that they were committing an offence. 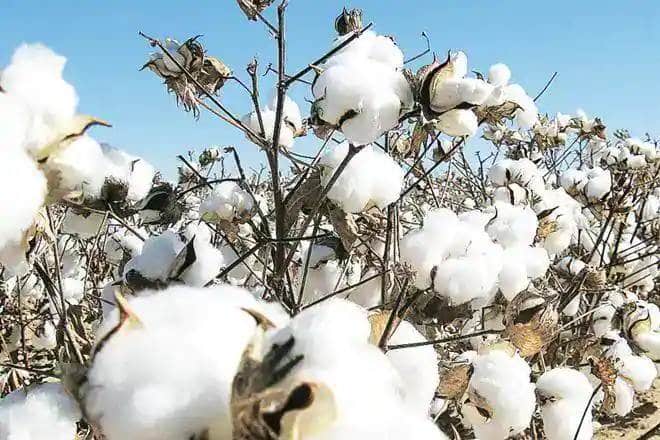 On Tuesday, a farmer was arrested for the possession of HTBT cotton in Buldhana district.

Ignoring the warning issued by the state agriculture department of Jalna, some farmers at Revgaon village in Jalna came together on Thursday and held a symbolic sowing ceremony of HTBT cotton.

The agriculture department rushed a team at the field of the farmer Baburao Appaji Golde in the morning and found a single pack of seeds with the farmer and his associates of the Shetkari Sanghatana. Balasaheb Shinde, district agriculture superintendent (Jalna), said that the officials collected samples of the seeds and warned the farmers again that they were committing an offence.

“They had just one packet of seeds with them and the farmers got together to distribute a handful and threw the seeds on the field. No serious sowing operations were undertaken. The department officials conducted a panchnama and did not take any further action,” Shinde told FE. The collected samples will now be sent to the Central Institute of Cotton Research (CICR) and in case these samples turn out to be of the banned HTBT variety, a case will be filed against the farmer, Shinde added.

The district superintendent had earlier issued a notice to Golde, who had invited several other farmers through Whatsapp, exhorting others to participate in the agitation. In the letter, the officer pointed out that the Genetic Engineering Approval Committee ( GEAC) has not granted permission for the plantation of HTBT cotton under the Environment Protection Act, 1986. Under the Maharashtra State Seed Act, 1966, purchase and sale of HTBT seeds is not permitted in Maharashtra and since plantation of HTBT cotton is banned in the country, farmers should not participate in the agitation.

On Tuesday, a farmer was arrested for the possession of HTBT cotton in Buldhana district. He has been remanded to 6 days of police custody. Ghanwat said that the Shetkari Sanghatana would file a petition in the high court challenging the FIR lodged by the agriculture department officials of Buldhana district after the farmer gets bail.

Follow us on
Latest News
Quona Cap closes new fund at $332 million
Prolonged Exposure to Air Pollution can have severe effects on the Human Skin
Toppersnotes aims to gain foothold in tier 2 and 3 markets, eyes net revenue of Rs 20 crore
Want to “Know Your Customer” better? KYC-oriented blockchain can be the next big thing…
Birla Corporation’s MD resigns, company posts net loss of Rs 56.46 cr in Q2
Rural woes continue for FMCG companies
NSE to trim portfolio of companies
Photos
Lunar Eclipse 2022: Did you get a glimpse of Chandra Grahan? This is how the Moon appeared in different parts of the world
10 hours agoNovember 8, 2022
Happy Guru Nanak Jayanti! A festive look into the celebrations from across the nation
17 hours agoNovember 8, 2022
Dazzling & Astounding! Proposed design of the to-be redeveloped Dakaniya Talav Railway Station in Rajasthan-PHOTOS
4 days agoNovember 5, 2022
Read More
×
KKR to invest $400 million in Vedanta arm
Deposit rates may rise by 50-75 bps on loan demand
Vodafone goes downhill in 7 circles
Instability in Pakistan
Fostering rural India’s growth
BSNL completes proof of concept trials for indigenous 4G network with TCS