With barely a day left for the Centre’s April 15 deadline for the ambitious pulse procurement programme, Maharashtra cooperation minister Subhash Deshmukh has declared that Nafed has granted permission for the procurement of tur in the state for another 7 days beyond this deadline. 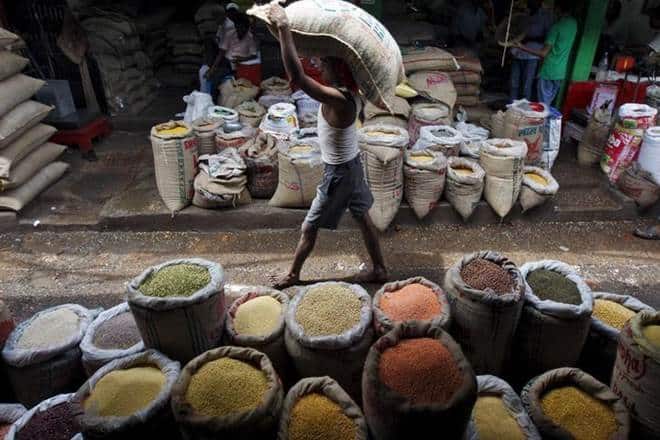 Farmers across Maharashtra, and especially from key tur producing regions in the state have been upset with the government for the slow procurement of tur. (Reuters)

With barely a day left for the Centre’s April 15 deadline for the ambitious pulse procurement programme, Maharashtra cooperation minister Subhash Deshmukh has declared that Nafed has granted permission for the procurement of tur (arhar) in the state for another 7 days beyond this deadline. There has been a bumper crop this year and although the government has already purchased around 34 lakh quintals as on Wednesday, there is a lot more tur in the market, the minister told FE.

In Latur — a key pulse producing region, some 70,000 quintals are still lying in the market yard, Lalitbhai Shah, chairman, Latur APMC said. NAFED closed the procurement centre a couple of days ago after communicating in writing with the market committee that the centre is no longer functional and the officer in charge of the centre has already left, Shah said.

Deshmukh, however, pointed out that Maharashtra chief minister Devendra Fadnavis has written to Prime Minister Narendra Modi seeking an extension of the April 15 deadline for the procurement of tur and permission has been granted by Nafed. Agreeing that most of the procurement centres have been shut, he maintained that these shall be reopened and tur will be purchased by the government for another week.” So far in the last 15 years, there has been just one year when a record 2.31 lakh quintals of tur was purchased by the government. This year, around 34 lakh quintals have been purchased and the CM has already written to the Centre seeking an extension in the quota by 10 lakh quintals. The government is sensitive to the issue, he said. In view of the increased arrival, 302 procurement centres have been opened.

Market Committee officials and traders, however, are critical of the government policies. Shah pointed out that the district collector has written to the Market Committee warning that legal action will be taken if tur is sold below MSP. The MSP has been fixed at `5,050 per quintal and current market prices are in the range of `4,500-`4,600 per quintal, he said. Traders are willing to purchase at current market rates but since the government has threatened legal action, they are not buying. Around 70,000 quintals are lying in the market yard and daily arrivals are to the tune of 50,000 quintals, he said, adding that farmers have been left in the lurch since these Nafed procurement centres are already shut.

In Vidarbha, harvesting began a month late and daily arrivals are around 2 lakh quintals on a daily basis, Ashok Agrawal, vice president, Latur Dal Millers Association said, adding that the since the government is not supportive, we are willing to purchase at market rates. Why should traders get caught in legal action, he asked.

Thousands of farmers in the state responded to the government’s appeal to plant more pulses in the wake of the dire shortage and spiralling prices caused by the drought last year. There has been a bumper crop thanks to a good monsoon. Maharashtra is one of the major tur-producing states in the country and had a bumper crop this year.