India lends helping hand to US coal miners struggling for buyers; this is how

The South Asian nation is extending a lifeline to U.S. miners who are struggling to find buyers at home as cheap natural gas and renewable energy continue to force coal-fired power plants into retirement. 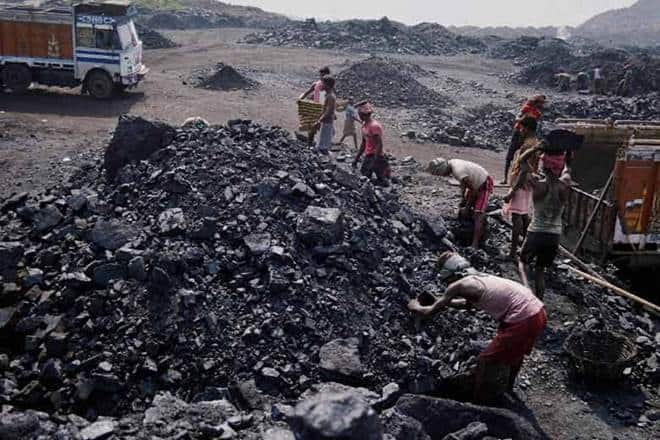 India almost tripled its imports of the rock from America in the first quarter from a year earlier.

The big bright spot for U.S. coal miners is located halfway around the world. India almost tripled its imports of the rock from America in the first quarter from a year earlier, helping fuel its fast-growing economy and making it the largest foreign buyer of U.S. coal, according to the U.S. Energy Information Administration.

The South Asian nation is extending a lifeline to U.S. miners who are struggling to find buyers at home as cheap natural gas and renewable energy continue to force coal-fired power plants into retirement. Miners are increasingly relying on overseas sales to maintain — or at least slow the decline in — production levels.

The U.S. may export 104 million tons of coal in 2018, up 7.2 percent from a year ago, the EIA forecast in its July Short-Term Energy Outlook published Tuesday. Through April, India had brought in almost 7 million tons, approaching a fifth of all U.S. exports of the fossil fuel. The next largest customers included South Korea, Japan, Brazil and the Netherlands.

India’s appetite for foreign coal is increasing at a time when the country’s own production of thermal coal is struggling to keep up with the fast-growing demand from its power sector, according to the EIA. What’s more, it’ll probably drive most of the global growth in metallurgical coal demand in coming years as India tries to meet ambitious steel-capacity goals, Mark Levin, an analyst at Seaport Global Securities LLC, said in a note Tuesday.

Both situations present opportunities for U.S. miners. Last year, India imported 7.54 million tons of U.S. thermal coal — which is burned by power plants — and 3.92 million tons of metallurgical coal, which is used in steelmaking. Through April, those thermal coal imports had more than doubled, and the met coal imports increased 75 percent, according to Andrew Cosgrove of Bloomberg Intelligence. In particular, India’s efforts to curb the use of petroleum coke as a fuel have created an opening for thermal coal from Northern Appalachia, Cosgrove said.

“Thermal coal imports from the U.S. are increasingly making sense for Indian users,” said Bharat Rohra, chief executive officer of Jindal Power, citing the high heat content and low levels of ash in some U.S. coal. “These two properties make it economical for use in blending with Indian coal.” Meanwhile, Indian steel companies are looking to reduce their dependence on Australian metallurgical coal, according to Seshagiri Rao, joint managing director of the country’s top mill, JSW Steel Ltd.

The good times, however, may not last forever. India has laid out ambitious plans to cut out all imports of thermal coal. That would require increasing the nation’s reliance on local coal supplies and a shift toward renewable energy. Even so, it probably won’t achieve that goal by 2020, Michelle Leung of Bloomberg Intelligence said in a note Tuesday.