Since its introduction two decades ago, Bt cotton has led to a dramatic rise in India’s cotton yield and thereby, production (see chart), but over the last two-three years, the yield has come down marginally. 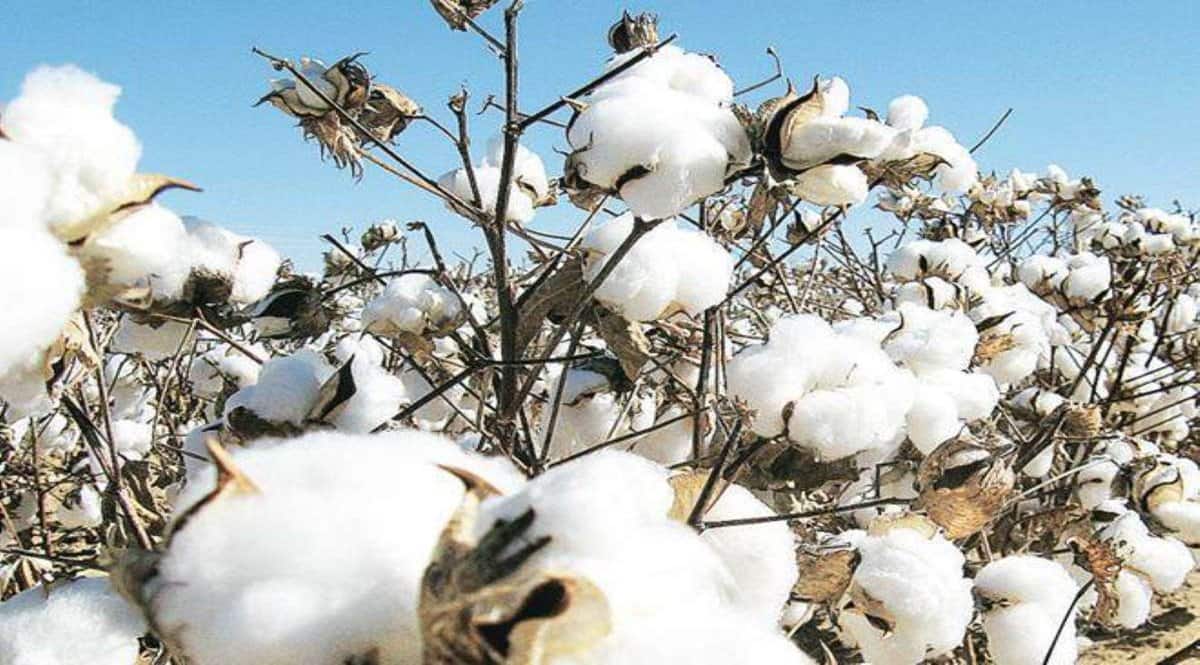 Prices of cotton in the domestic market are much higher than international prices and hence production cost of spinning units in India remains high, says Jayesh Patel, executive committee member of Confederation of Indian Textile Industry

A flourishing illegal trade in a new unapproved herbicide-tolerant variety has come to occupy nearly a fifth of the genetically modified (GM) cotton seeds market in India. Over three dozen seed companies, which are authorised to sell the transgenic Bt cotton by licence-holder Bayer Crop Science-Mahyco, warn that the illegal seeds, first seen in the market in 2019, could contaminate the regular Bt seed and lead to “heavy losses” for cotton growers. However, farmers’ organisations say since the unapproved seeds help them in weed management and cut costs, they would continue to use it.

Sources say the illegal seeds are being sold at a 60% premium over the government-fixed price of Rs 810 per packet for regular Bt cotton.
Central to the issue is the refusal of the regulator — the Genetic Engineering Appraisal Committee (GEAC) — to consider the Bayer-Mahyco’s application for the new herbicide-tolerant Bt (HTBt) cotton.

The illegal seed manufacturers, who are mostly based out of Gujarat, claim the presence of herbicide trait in the seeds they sell are capable of controlling pink bollworm. Farmers also seem to endorse this claim from their cropping experience.

The approval for HTBt cotton was first sought by Bayer (then Monsanto) in 2015, but it withdrew the application in the subsequent year, citing delays in the process. Though the application was re-submitted by Bayer-Mahyco in December last year, the regulator is yet to take a call.

GM crop varieties are regularly modified by the proprietary companies to reverse yield losses that start surfacing after a few years of the first use of a variety. The idea, according to them, is to make the seed capable of facing fresh pest challenges and thereby, improve yield. Critics, however, say this is also at times a strategy by these firms for ever-greening of their patents/exclusive marketing rights.

Since its introduction two decades ago, Bt cotton has led to a dramatic rise in India’s cotton yield and thereby, production (see chart), but over the last two-three years, the yield has come down marginally.

In the 2020-21 crop year (July-June,) the agriculture ministry while fixing the price of a packet of Bt cotton-II abolished the trait value payable to the licence holders (Bayer-Mahyco), allowing reduction in the prices to the farmers. Bt cotton is still grown in around 92% of area under cotton of around 12-13 million hectare (mh) in the country.

According to sources, farmer groups especially those in Maharashtra and Gujarat are encouraging farmers to plant unapproved HTBt seeds in violation of government regulations. HTBt plants allow farmers to spray herbicides to get rid of weeds without harming the plants.

Since the introduction of Bollgard-I, which was the country’s first GM crop approved for commercialisation in 2002, followed by Bollgard II, a pest-resistant variety which protects the crop from bollworm, in 2006, the GEAC has not approved any new varieties.

According to Ram Kaundinya, director general of the Federation of Seed Industry for India, farmers in Maharashtra, Gujarat, Telangana and Andhra Pradesh use illegal HtBt seeds for cultivation.

Between 2002-03 and 2013-14, which was the ‘golden period’ of Bt cotton, yield rose by 167% and production by 316% while area under cotton cultivation expanded by around 39%. “What happened after that was a technology fatigue and there was no upgradation of varieties coming through the GEAC approval system,” Kaundinya told FE.

Anil Ghanwat, president of Swatantra Bharat Party, and a member of the Supreme Court-appointed committee on farm law, said that farmers would continue to use unapproved seeds as it helps them increase production. “The government should facilitate faster approval of newly-developed seeds so that farmers get access to quality seeds and thereby, reduce the labour cost,” Ghanwat said.

Cotton production in the 2021-22 crop year (July-June) declined 5% to 34 million bales (MB) from its peak of 35.9 MB in 2013-14. Textile industry sources said unless technology intervention is expedited, India would not be able to meet the cotton requirement of 45 MB in the coming five years.

Commercial cultivation of two GM food crops – brinjal and mustard – approved by GEAC are yet to start in India even a decade after the approvals because the government hasn’t yet decided in favour of GM foods.