Considering this, the government has allotted an import quota for 1.5 lakh tonnes of urad which shall be distributed equally or applied quantity (whichever is lower) only to the eligible and verified applicants, he said. 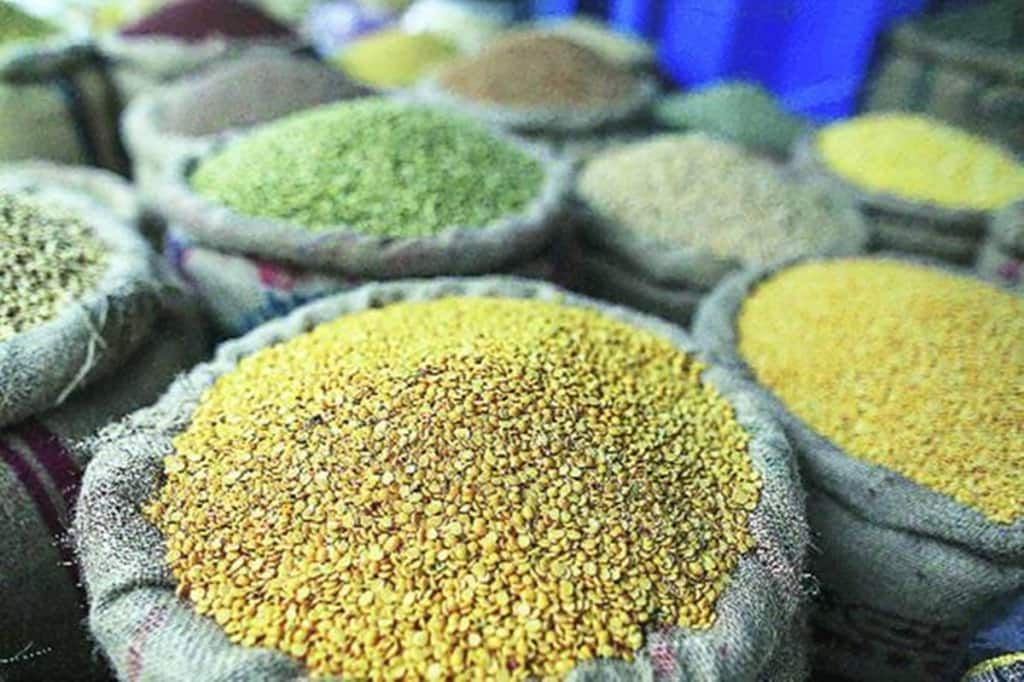 Generally, the Centre distributes around 550 lakh tonnes of foodgrains annually under the NFSA. Representational image

The India Pulses and Grains Association (IPGA) on Friday welcomed the government decision to allot a quota for imports of 1.5 lakh tonne urad (black matpe) and said it will not bring down the prices drastically.

“This will cool down the high prices to a certain extent but will not have much impact on the prices,” IPGA Vice-Chairman Bimal Kothari said in a statement.

He added that 1.5 lakh tonne is not such a large quantity to help in bringing down the prices drastically below minimum support price (MSP).

“After this news, we have already witnessed the prices come down by a couple of rupees,” he added.

Kothari said that as per the first Advanced Estimates issued by the government, the urad production will be about 21 lakh tonne that should have been enough to take care of the country’s requirements.

However, due to incessant rainfall in the planting areas, there has been crop damage resulting in price hike, he said. The damage caused by the rains is yet to be estimated.

Last year also, there was a crop loss due to rainfall, and the total output of urad stood at 13 lakh tonnes.

Considering this, the government has allotted an import quota for 1.5 lakh tonnes of urad which shall be distributed equally or applied quantity (whichever is lower) only to the eligible and verified applicants, he said.

The applicants, who received licences in June, will have to ensure that the consignments of urad reach Indian ports on or before March 31, 2021.

Also, this stock will be mostly imported entirely from Myanmar as it is the only producing country, and the traders there have already begun increasing their prices, which is more than USD 100 per tonne.

“This is also not going to help bring down the prices as our crop is damaged and we won’t be seeing more production until February or March,” he added.

On Thursday, the Directorate General of Foreign Trade in a notice had laid out the procedure for allocation of quota for import of urad.

“The quota of 1.5 lakh tonne of urad shall be distributed equally, or for the quantity applied, whichever is lower, only amongst the eligible and verified applicants who were alloted quota for import of urad in June 2020,” it had added.