Gold Rate Today, Gold Price in India on 5 January: At the December meeting, Fed officials confirmed their commitment to bring down inflation and warned against “unwarranted” loosening of financial conditions. 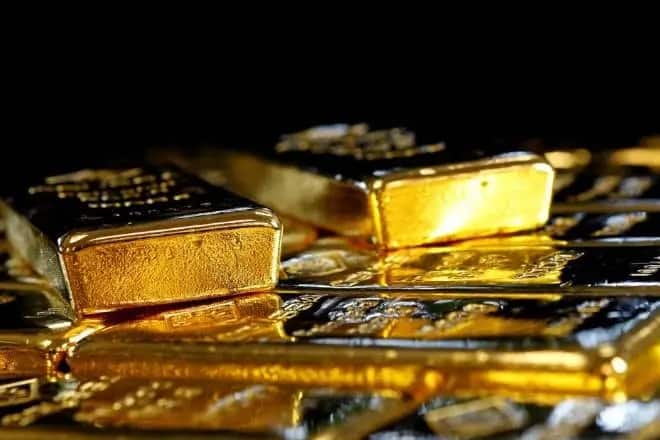 Comex Gold near 7-month high as Fed minutes indicate that the central bank should slow the pace of its aggressive interest rate increases.

Globally, the yellow metal prices increased as the dollar softened, as traders braced for U.S. employment data which will influence the Fed’s policy trajectory, according to Reuters. Spot gold was up 0.1% at $1,856.11 per ounce after hitting a near seven-month high in the previous session. U.S. gold futures also edged 0.1% higher at $1,861.20 while the dollar index eased 0.1%.

Gold and silver prices ended mixed on Wednesday. Both the bullions managed to log some early gains, but post the release of the Federal Reserve’s December meeting minutes gold managed to sustain above the $1,850 an ounce level and closed higher, silver, however, failed to sustain early gains and finally ended 0.88% lower. At the December meeting, Fed officials confirmed their commitment to bring down inflation and warned against “unwarranted” loosening of financial conditions.

Gold held near seven-month highs reached after the minutes of the Federal Reserve‘s last meeting showed all its policymakers remained committed to fighting inflation, but agreed on the need to slow rate hikes in 2023. Officials at the Federal Reserve’s Dec. 13-14 policy meeting acknowledged they had made “significant progress” over the past year in raising rates enough to bring inflation down. However, no official agreed on a rate cut for 2023 and also reaffirmed their commitment to returning inflation to 2% target. U.S. 10Y Yields fell by more than 2%; while sharp volatility was seen in Dollar index as well which further supported this bullish sentiment in metal prices.

Focus now shifts to the ADP national employment report scheduled today, followed by the U.S. Non farm payroll data expected tomorrow. If the U.S. jobs numbers are reported less than expectations, bullions could receive support. Market participants today will also keep an eye on U.S. service PMI data and comments from a few Fed officials. Broader trend on COMEX could be in the range of $1830-1875 and on domestic front prices could hover in the range of Rs 55,500-56,100.

Gold prices started this year with a bang. Prices have rallied almost 2 percent in the domestic market. The recession warning by the IMF triggered safe-haven buying in the international Market. Comex Gold near 7-month high as Fed minutes indicate that the central bank should slow the pace of its aggressive interest rate increases, allowing them to control inflation but in a gradual way meant to limit the risks to economic growth. Gold prices are sensitive to interest rate hikes and the Dollar index. We expect FY23 to be an eventful year for Gold as it’s an underperformer for the past two years. The stage is set for Gold prices to touch $2000 this year. The immediate resistance zone in Gold is around the $1875 level and support is seen around the $1780 level.