Gas price to more than double from tomorrow; APM gas price in H1FY23 seen at $6.6/unit

As regards the fertiliser sector, which relies on domestic gas for nearly 32% of its gas requirement while meeting the balance requirement through R-LNG imports, Icra estimates that for every $1/mmBtu rise in the ‘pooled gas price,’ the subsidy requirement for the urea sector could rise by around Rs 4,500-5,000 crore. 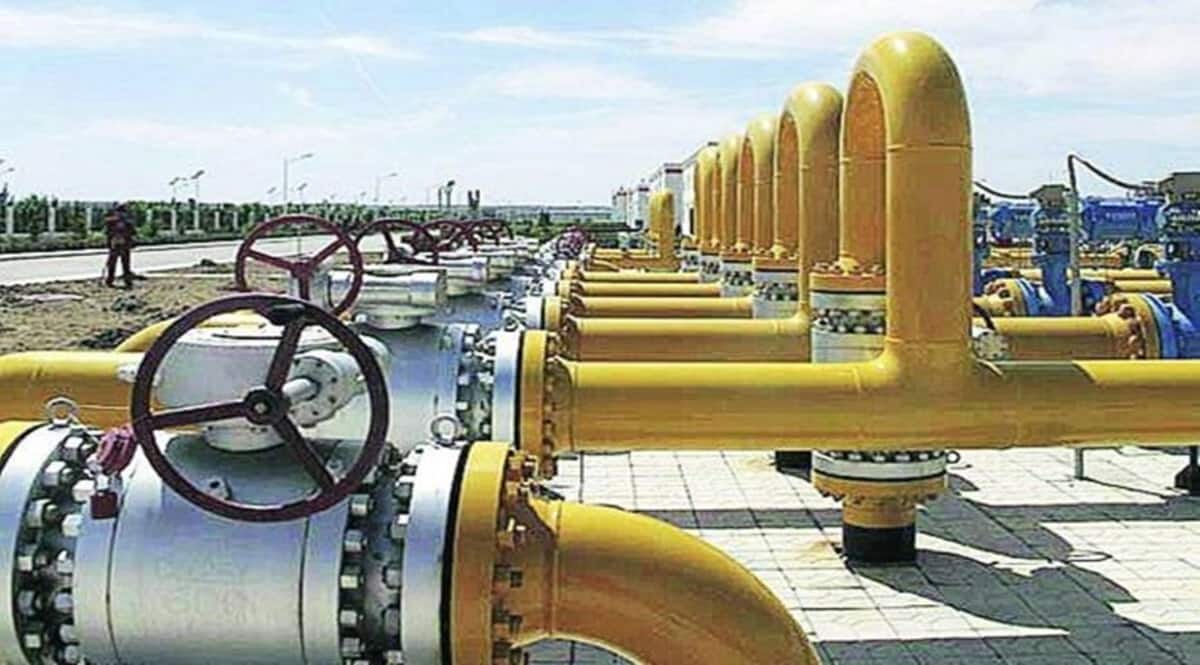 'Market-determined' price of gas produced from 'difficult' fields such as the KG-D6 block in KG basin operated by Reliance-BP combine, will also see a similar hike.

Come April 1, administered price of natural gas in India will more than double. Effective October, it could be more than four times the current level. ‘Market-determined’ price of gas produced from ‘difficult’ fields such as the KG-D6 block in KG basin operated by Reliance-BP combine, will also see a similar hike.

While these are good tidings for India’s gas producers, Reliance Industries and ONGC, as they seek to ramp up production from both the existing and new fields — Reliance-BP, for instance, will start production at MJ fields in KG-D6 block in the last quarter of 2022, which will nearly double the block’s output — households and other non-industrial users will bear the brunt.

City-gas distribution (CGD) companies like Mahanagar Gas, Indraprastha Gas and Gujarat Gas, being the main buyers of domestic gas, will find their costs going up. But analysts feel since they have been passing on cost increases to the consumers in a calibrated manner over the last few weeks, the impact of costlier gas on their margins would be moderate in the short term.

A source from CGD firm confirmed this to FE on condition of anonymity. These companies enjoy considerable pricing power as demand for piped gas for cooking and CNG is largely agnostic to prices.

For gas-based power, a fuel cost above $4.5/mmBtu (net calorific value basis) could be prohibitive. So any delay in a corresponding tariff revision could result in a further drop in their capacity utilisation. The prospect of a further reduction in gas-fired power unit’s plant load factor come at a time when elevated prices and short supply of coal are threatening to cause power outages as demand peaks during the upcoming summer.

As for fertiliser companies, feedstock cost is a pass-through, but the government’s subsidy burden on the soil nutrients in FY23 could increase from the budgeted level of Rs 1.05 trillion to Rs 1.5-1.6 trillion owing to the rise in prices of imported LNG sourced via spot purchases and long-term contracts by the LNG-terminal companies.

The government sets the administered price of gas for normal fields every six months — on April 1 and October 1 — based on rates prevalent in select global gas markets but with a lag of one quarter. It remains to be seen if the government will intervene in the price-setting mechanism now given the big spike in prices and its potential to stoke inflation.

Probal Sen, analyst at ICICI Securities, said: “Price hikes of Rs 13-14/kg will be needed for city-gas and Rs 12-13/scm for domestic segment in April, assuming no change happens in spot LNG blending from current levels of 15-18%. If this (blending) reduces to levels of 3-5%, net price increase will be limited to S 4-5/kg.”

“Higher domestic gas prices will lead to higher input prices for all consuming industries like city gas players etc. But all the companies have pricing power and will pass the prices to end consumers, thereby maintaining margins,” said Avishek Datta, research analyst at Prabhudas Lilladher. He expects APM gas price (GCV) to be around $6/mmBtu for H1FY22.

Deepak Mahurkar, partner at PwC, said: “The demand for gas from some global hubs has gone to record highs. A softening of prices is not in sight. Almost all sectors are looking at passing on the price rise to customers. It will be interesting to watch how the global suppliers of gas and crude will fund renewables using the unusual earnings. Since India is significantly import-dependent for gas, the benefits aren’t for India, except to the domestic producers (who have a relatively small share in the market), if their prices are indexed.”

Currently, spot LNG prices are ruling at $35/mmBtu compared to $15/mmBtu a year ago. “If the price of crude drops to $80/bbl then long term crude linked contracts will fall to $11-12/mmBtu from $15 at present, while spot will come below $12/mmBtu,” Bhushan added.

Quoting two unidentified sources, PTI reported that the government-dictated price for gas produced from fields given to state-owned explorer ONGC on nomination basis (APM gas) is likely to rise to $5.93/mmBtu from current $2.9/mmBtu. Simultaneously, difficult fields like the ones in Reliance-BP operated D6 block in KG basin, are likely to get $9.9-10.1 price compared to the current rate of $6.13, the agency added.

Sharing his expectation that APM gas price would be $6-6.5/mmbtu for H1FY23, Prashant Vashisht, VP & co-head-corporate ratings at Icra said: “For every $1/mmBtu increase in domestic gas prices, assuming that the CGD players maintain their current absolute contribution margins in /kg and/scm terms, they could increase CNG and PNG (domestic) prices by Rs 4.5-4.7/kg and Rs 2.5-2.7/scm, respectively in Delhi. Generally, we have seen costs being passed on by CGD entities. However, there may be a lag in the pass-through due to graded increase in prices which would impact margins.”

As regards the fertiliser sector, which relies on domestic gas for nearly 32% of its gas requirement while meeting the balance requirement through R-LNG imports, Icra estimates that for every $1/mmBtu rise in the ‘pooled gas price,’ the subsidy requirement for the urea sector could rise by around Rs 4,500-5,000 crore.

While spot LNG prices are high and volatile at present, the price of long-term LNG that Petronet procures would increase by $1.3/mmBtu for every $10/bbl increase in dated Brent prices (3 month average) at terminals (after payment of excise duty), Vashisht noted.

Jefferies wrote: While passing through $9.2 APM gas price will not be easy, we think there is enough headroom for city gas distribution companies to raise prices, with economics aided by

higher crude likely reflecting in higher petrol and diesel prices. A possible govt intervention could provide additional relief. Even if (the price-setting formula suggests $6.6 (GCV) APM price in April, one-off govt intervention (without providing a ceiling) could limit APM gas to possibly $5.5 (GCV)/ $ 6.1 (NCV), which could reduce the ask-rate for CGD companies significantly.”

Of the total gas consumed in the country, almost 50% is imported LNG.
India’s annual domestic consumption of urea is 32-35 million tonne (MT) and 30% of this is imported (although imports are expected to moderate in FY23 with commissioning of 3 new plants).

DAP requirement varies from 8-10 MT with nearly 50% of the quantity being imported. However, the indirect import dependence in case of DAP/NPK would be to the tune of 95-98% given that the inputs used are imported. The country’s MOP requirement is around 3.5 mt and it is entirely imported.