Why petrol, diesel prices are not falling despite crude oil prices crashing below zero | EXPLAINED 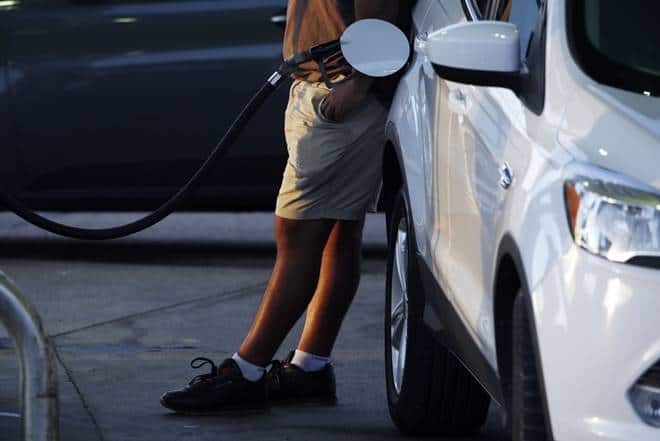 Crude oil prices in the international market fell below zero for the first time ever, but still, petrol and diesel prices in India are hovering near Rs 70 per litre and Rs 62 per litre, not falling at all in line. What is it that is holding up retail fuel prices? Is the government not allowing the benefits to pass on to the consumers? Here, it is important to understand that the retail prices of fuel do not depend only on the crude oil prices. In the build-up of petrol price in India, the base price, which is governed by the crude oil price, plays only a 40 per cent role in determining the overall price of petrol. Here are a few key reasons why petrol and diesel in India are still costly despite the recent crash in crude oil prices.

First of all, crude oil prices REALLY DID NOT fall below zero for India

The category of crude oil for which the price fell below zero was WTI, which is traded in the US. Moreover, the price fell below zero only for the May delivery contracts, which were due for immediate expiry on Tuesday. The July WTI delivery contracts were at the time still trading at above $20 per barrel. Further, the Indian basket of oil is dominated by another benchmark, the Brent crude oil prices, which were still ruling even higher. Today, the Brent is trading at $16.54 a barrel in Asia, freely falling from $24 per barrel on Tuesday. In a petrol price of Rs 69.59 per litre, the base price is only Rs 27.96 and the rest are the domestic charges including taxes and duties, according to data from Indian Oil Corp.

Government is keeping the benefit for itself, and making up for tax shortfall

“The fall in crude oil prices has not transmitted into the retail prices of petrol and diesel. However, the plunge in consumption of various fuels, especially during the lockdown period, would have an adverse impact on the state governments’ revenues,” Aditi Nayar, Principal Economist, ICRA, told Financial Express Online. To take advantage of the cheap raw material, the government is also trying to collect more taxes from fuel, which can be used to offset other losses.

The subsidy extended by the Government of India on petroleum products, budgeted at Rs 41,000 crore for the current financial year 2020-21, forms the smallest component of major subsidies, hence, any savings on this front will pale in comparison to the expected loss of tax revenues during the lockdown period, Aditi Nayar added.

Strict lockdown across the country has restricted the movement of vehicles, causing a severe slump in fuel demand. This has also caused tremendous loss to the oil marketing companies (OMCs). In order to take care of those losses, the oil companies are not allowing the benefits to pass on to the retailers, and are instead using low crude oil prices to offset their own losses. Even apart from these reasons, there are multiple factors including USD-INR exchange rate, etc that play an equally important role in determining the overall retail prices of petrol and diesel.