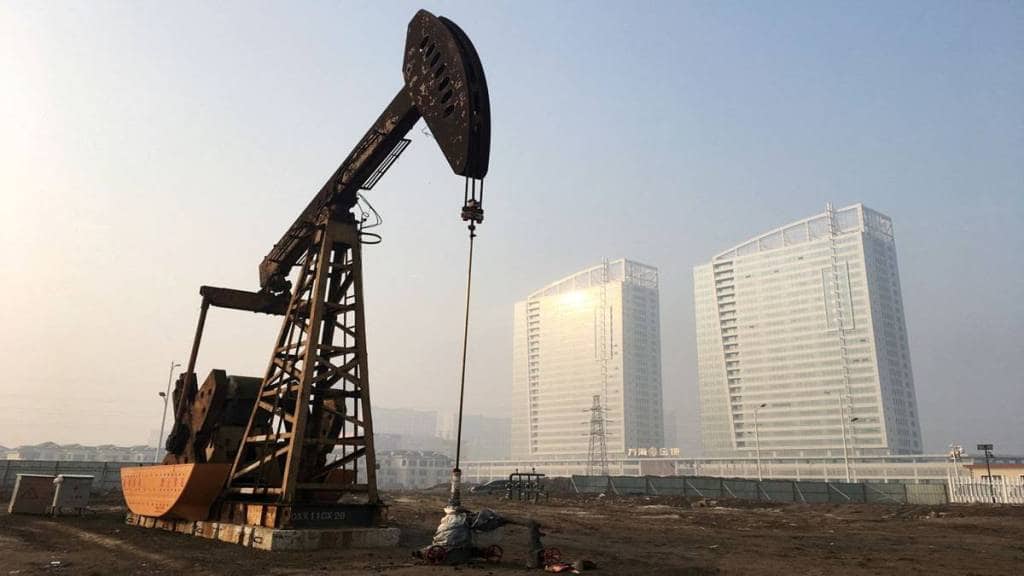 The economic worries were exacerbated by a bigger-than-expected build in U.S. oil inventories that was reported after the market settled on Tuesday. U.S. crude stocks rose by about 3.4 million barrels in the week ended Jan. 20, according to market sources citing American Petroleum Institute figures on Tuesday. That was triple the build of about 1 million forecast in a preliminary Reuters poll on Monday.

Also Read
Puri hopes for cut in petrol prices no sooner, oil cos recoup past losses
Crude oil price rises slightly; focus on China demand and US outlook
Sensex vs Gold, both gain from 4,000 to 50,000 in last 21 years; yet, Sensex beats gold by about 50%
Malaysia, Argentina emerges as new markets for Indian mango

“But the build is expected to be temporary as the supply disruptions from a cold snap in the United States a few weeks ago would only impact on the data in the next couple of weeks,” said Hiroyuki Kikukawa, general manager of research at Nissan Securities.

Official data from the U.S. Energy Information Administration will be released later on Wednesday.”Expectations that China’s fuel demand will recover in the second half of the year are growing and are likely to support the market sentiment,” Kikukawa said, predicting that WTI will trade in a range between $75 and $85 a barrel in the coming weeks.

Oil supply should remain steady for the medium term as the Organization of the Petroleum Exporting Countries (OPEC) and its allies, a group known as OPEC+, is expected to keep their output quotas. An OPEC+ panel is likely to endorse the producer group’s current oil output policy when it meets next week, five OPEC+ sources said on Tuesday, as the hopes for higher Chinese demand are balanced by worries over inflation and the global economy.