Big relief for households as edible oils get cheaper

”Krishna Mohan Nyayapati, director, Emami Agrotech, said that the company has revised the consumer prices on different oils in the range of Rs 15-30 a litre in the last two months. 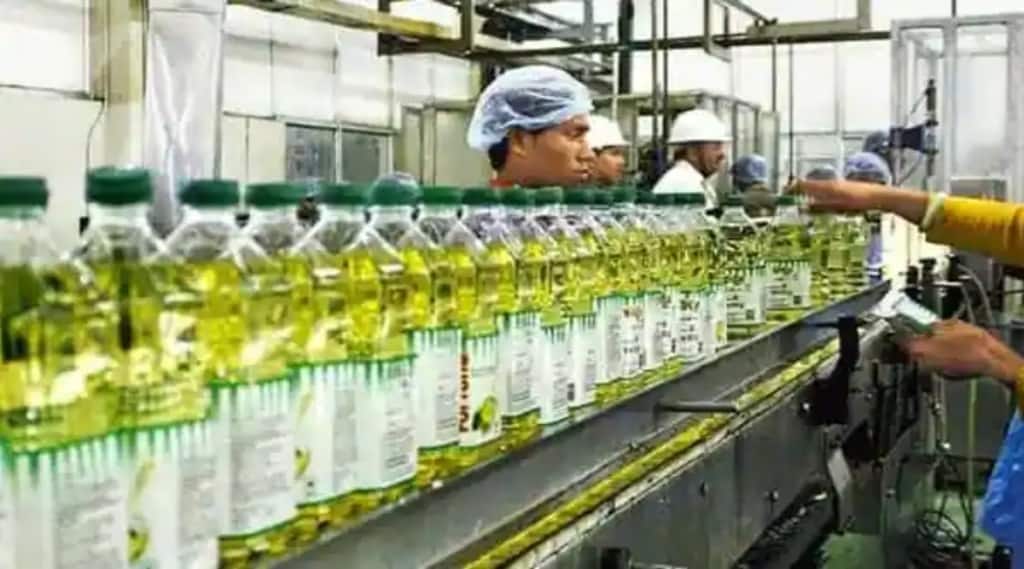 Soyabean and sunflower oil prices have declined by 19% and 22%, respectively

The prices of edible oil have corrected sharply in June compared to May, with maximum decline of 18.1% coming in palm oil prices. The other categories — sunflower, soyabean, groundnut, mustard and vanaspati have also seen correction in the range of 1-7% in the last one month, according to data sourced from Bizom.

Apart from easing, the end consumer’s household budget where edible oil forms a key commodity, packaged food companies are also likely to be key beneficiaries as it eases their costs and pressure on margins. Manish Aggarwal, director, Bikano, Bikanervala Foods, said: “The last few weeks has seen prices of a few key commodities such as palm oil tumble, which is good news for the FMCG players and industry, as we can hope for better bottom line this quarter.

”Krishna Mohan Nyayapati, director, Emami Agrotech, said that the company has revised the consumer prices on different oils in the range of Rs 15-30 a litre in the last two months. “In our expectation we are close to the bottom, but there would be some more downward corrections that would happen in the next 30 days. However, we are in a wait and watch mode as the oil prices are so volatile and difficult to predict under the current scenario,” he said.

According to trade data, landed prices of palm oil, which has a share of more than 56% in India’s import basket, fell by more than 31% to $1,080 a tonne on Thursday, from the level a month ago.Similarly, soyabean and sunflower oil prices have declined by 19% and 22%, respectively, to $1,390/tonne and $1,550/tonne, respectively, in the last one month. These two have a combined share of 43% in India’s edible oil import bill.

Akshay D’Souza, chief of growth and insights at consumer data intelligence firm Bizom, said: “The biggest positive change for consumers is the easing of prices of palm oil which is a key ingredient for hotels, restaurants and catering channel as well as a key ingredient in packaged foods.”To curb rising inflation, the government on May 24 allowed tariff-free imports of crude soyabean and sunflower oils during this financial year and the next.

Earlier this month, the department of food and public distribution, in a meeting with edible oil makers and trade associations, had asked companies to reduce prices by at least Rs 15 a litre in view of a softening of global prices.

According to data from the department of consumer affairs, modal retail prices of edible oils — mustard, soya, sunflower and palm oil — have declined in the range of 5-11% in the domestic market since June 1.“Indian consumers can expect to pay less for their edible oil and falling prices will help in cooling the inflation as well,” according to a food ministry statement on Monday.

The industry is positive that the consumption will pick up significantly in the coming months. Angshu Mallick, CEO and managing director, Adani Wilmar said that as the prices have corrected, weather conditions have improved, agriculture looks good, rural has started supporting to some extent, the second half looks positive. “We will see a growth in consumption in the second half of this year compared to the first half,” he said.

India meets 56% of its annual edible oil consumption via imports and annual imports are around 13-14 million tonne (MT). Around 8 MT of palm oil is imported from Indonesia and Malaysia, while other oils, such as soya and sunflower, come from Argentina, Brazil, Ukraine and Russia.The cooling of global prices which rose sharply in May 2022 when Indonesia, the world’s biggest exporter of palm oil, had imposed a ban on shipment. The supply of sunflower oil from Ukraine was disrupted because of its conflict with Russia.