In a Silicon Valley culture known for brilliant ideas boiling up in coffee shops, Gaurav Chawla is pouring his heart into chai. 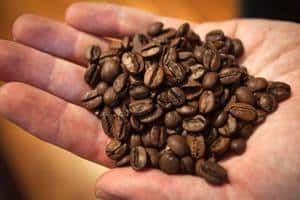 Chai has been growing in popularity in San Francisco and nearby Silicon Valley, with coffee shops large and small adding it to menus.

In a Silicon Valley culture known for brilliant ideas boiling up in coffee shops, Gaurav Chawla is pouring his heart into chai.

Chawla was on a break from his job as an engineering manager at San Francisco-based cloud-computing star Salesforce when he began lamenting how tough it was to find a cup of chai as good as he makes it at home.

That frustration, and echoed complaints by other natives of India, where the blend of spiced tea and simmered milk is woven into daily lifestyles, prompted him to start tinkering.

“I took a rice cooker apart and reconfigured it to make chai,” Chawla told AFP.

“It made good chai, and I realized this process could be automated.”

While his background is in software engineering, Chawla went to work developing a chai machine as simple to use as a coffee maker.

He told of giving his second prototype a test run at Google offices, where it was used daily until it broke. Another prototype got a workout in offices of sound and image specialty firm Dolby, according to Chawla.

Feedback from those and other tests led to a first-generation chai machine to be funded by pre-orders at a freshly launched http://www.brewchime.com website at a temporarily discounted price of USD 249.

Chime machines aren’t slated to ship until March of next year.

Chime machines brew one cup of chai at a time, using tea and spices pre-mixed in caps sold by the startup.

“Essentially, you want to brew black tea and spices, add milk then bring it to a boil again,” Chawla said of the chai brewing process.

“Because you are adding milk, you can’t just let it sit by itself or you get a big mess — which I do almost every day.”

Chai has been growing in popularity in San Francisco and nearby Silicon Valley, with coffee shops large and small adding it to menus.

Helping drive the trend are ranks of people drawn to the region from India by jobs at technology companies.

Chawla said his friends at Microsoft have told him of the US software giant having people with chai-making skills come in to prepare the tea for employees.

“Even if there is great coffee, chai is chai. It is one of the things of your upbringing.”

A co-founder at Chime is a design engineer who ran product development at Williams-Sonoma, a retail chain specializing in kitchen and home items.

The popularity of chai has climbed in the United States over the past 20 years, with even major chain Starbucks adding it to the menu, according to Chai Cart founder Paawan Kothari.

Kothari earned a masters degree in business from the INSEAD business school in France and spent more than a decade working with technology firms in Silicon Valley before turning a hobby started in 2009 into a startup that sells chai from carts on San Francisco streets.

“I wanted to give people a taste of what homemade chai tastes like,” said Kothari, who started out making the spiced tea in her home and peddling it in the Mission District from a bicycle trailer.

She quit her job as an IBM marketing strategist and launched Chai Cart, which she said has been growing steadily.