Campus Activewear claims a market share of 17 per cent in branded sports and athleisure footwear industry in India by value for FY21. 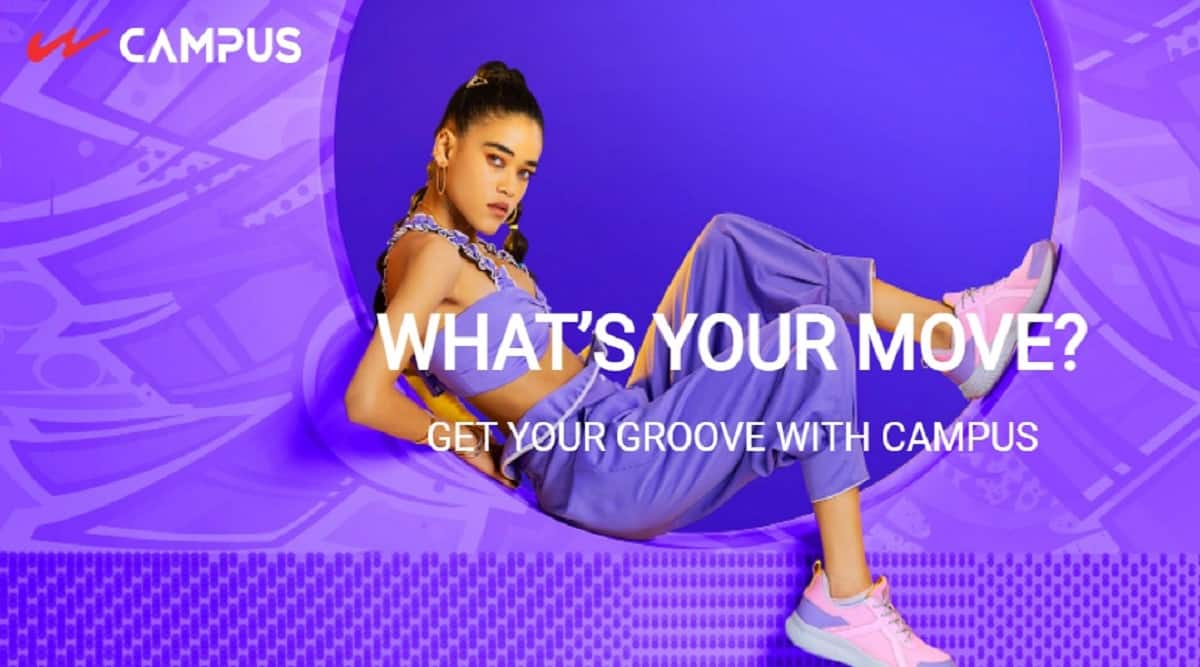 Campus Activewear shares made a positive listing on the stock exchanges on Monday, despite bearish market sentiment. Shares of Campus Activewear began trading at Rs 355 per share, up 21.58 per cent or Rs 63 from the upper end of IPO price band of Rs 292 per share. At the time of listing, the market capitalisation of the company stood at Rs 10,803.57 crore. The overall market sentiment was negative as BSE Sensex and NSE Nifty 50 were down in the red. The IPO was subscribed 51.75 times with all investor categories oversubscribing their portion of the issue.

On listing, Campus Activewear has joined listed footwear peers such as Bata India, Relaxo Footwears, Khadim India, Liberty Shoes, Metro Brands and Mirza International. “At the high of the issue price-band (Rs292), the stock is valued at ~66x FY20 EV/EBITDA and ~142x P/E. Footwear companies quote at an average EV/EBITDA of 35.7x/29.5x FY23e/FY24e and P/Es of 64x/51x,” analysts at Anand Rathi said in a note.

Campus Activewear said that there have been volatile fluctuations in its revenues and financial parameters such as profit after tax margin, earnings before interest, taxes, depreciation and amortisation (EBITDA) margin and gross margin in the past. Campus Activewear claims a market share of 17 per cent in branded sports and athleisure footwear industry in India by value for FY21. On the strengths of the footwear company, analysts at Axis Capital said that Campus is the largest sports and athleisure footwear brand in India, both in terms of value and volume in Fiscal 2021.

Analysts at research and brokerage firm Motilal Oswal Financial Services said that Campus Activewear with leading market share in India’s branded S&A footwear, is well placed to capture the highly underpenetrated and fast growing footwear segment in India. On 9MFY22 annualised EV/Sales basis Campus is valued at 8.1x and seems reasonable compared to ~10x for both Bata and Relaxo. Given Campus’ presence in niche S&A segment with pan-India omni-channel presence, along with strong financials, the research firm had suggested investors to subscribe to the IPO.