Sensex, small-caps rally up to 33% since March; check how staying invested for long-term may beat COVID woes

Investors who rushed to exit citing the COVID narrative, during the March mayhem, are frustratingly waiting for better entry points after the stunning rally in much of the broader space. 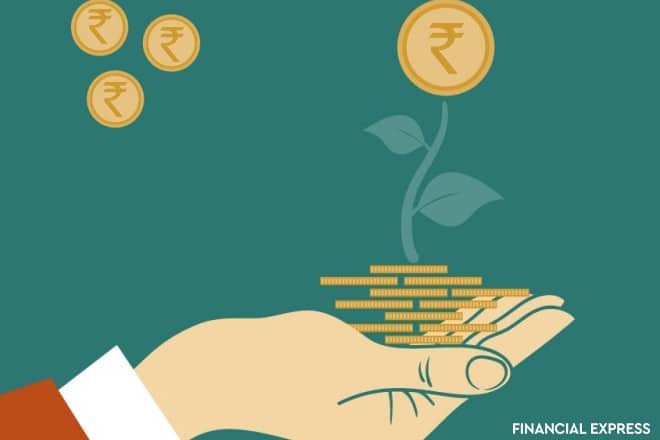 So far in this earnings season, top IT companies like Infosys, Wipro, and HCL Technologies indicate that the business disruptions for the sector have not been as bad as earlier expected.

There seems to be no end to the surprises the year 2020 can bring. Whether it is in a pandemic breakout or in a stock market recovery, 2020 refuses to play to the script. If one looks at the past down-cycles, they have always played out as per good old script. That is, in a down-cycle, the economy goes through a huge deleveraging cycle with far-reaching impacts on corporate balance sheets and investors’ risk appetite. Highly levered corporates find the going tough in a risk-off environment with many of them folding up. Over time, once the leverage risks completely play out (after many bankruptcies and blow-outs), risk-appetite returns to turn the cycle back. It took anywhere between 8 to 12 months for the entire deleveraging cycle to play out.

This is how a typical down-cycle transpired on earlier occasions. But no longer so. With its progressively innovative back-stop, Fed has provided such a vast safety net (even to the extent of buying junk bonds from the market in its new QE avatar (Quantitative Easing)) to risk-takers, there is a new fancy curve (deleveraging) that is getting flattened ferociously. While one can debate whether the US Govt. has successfully flattened the COVID curve or not, when it comes to this deleveraging curve, there is absolutely no debate on the Fed’s success on flattening this one, at least for now.

Also Read
Why, When, Where, How of IPOs: How companies raise money from share markets
How diversification can help investors manage risk and reduce volatility
2019 stock market outlook: Buy good stocks, don’t worry about China, US, RBI, says Saurabh Mukherjea
SEBI masterstroke: Regulator widens definition of encumbrance; how it will curb promoter malpractice

Now, coming to the more interesting part of this thread, that is, the impact of this innovative flattening on the stock prices globally. While the governments, across the world, seem to be treading carefully on the dreaded disease with its phased unlocking, in the stock market, there is a new spirit of unlocking that is unfolding in an adventurous manner, driven primarily by the Fed’s flattening. Globally, stock prices made a stunning comeback in this quarter with most of the indices up by over 35 to 40% from March lows (including all emerging markets). To appreciate the power of this renewed surge, one doesn’t need to look far beyond what is happening to NASDAQ. It is now trading near an all-time high.

While one can debate whether this liquidity-driven rally can sustain or not, esp. in this COVID-driven economic disruption, when Fed’s safety net stretches to “Whatever it takes” shape, one has to reconcile to the fact that this humongous money tap will find its way to stock prices before it finds its ways to the economy. Having said that, while one should respect the power of liquidity, one should not trust it completely. Needless to say, liquidity can be very fickle.

Moving beyond, let us talk about an interesting shift one is sensing in this turnaround rally. It looks like a fundamental shift in the structure of the rally. For the first time in the last two and a half years, one is witnessing a broad-based rally in the current turnaround. In earlier occasions, whenever the market rallied on liquidity support, it used to be limited to a few narrow stocks in the top-end, leaving the broader small and mid-cap segment languishing. This is not limited only to India. Globally, one is witnessing such a turnaround for small-cap stocks after a long lull for over two years. Looking at Russell 2000 – the US Small Cap Index – has come back in this global rally with a 50% spurt from lows after two long years of under-performance.

Does this signal a very material turnaround globally for small-caps (including those in Emerging Markets) and points to a structural turn for small-cap space in India? Of course, while the short-term economic disruptions on account of COVID will continue to be an overhang for the overall markets, this structural shift in small-caps will lead to substantial sequential returns over next few years (once normalcy returns to economy) as we have seen in the past such cycles i.e. Small-cap index surged by whopping 124% in 2009 after the downturn in 2008 and similarly, in 2014 recovery, it delivered a stunning return of over106%. Similar levels of upside in the small-cap index can’t be ruled out over the next one year period (or max two years), esp. when most of the weaker hands are out during the panic March fall from many stocks that suffered indiscriminate selling.

If the past three months rally had shown anything, it is this: One can never over-emphasize the power-of-staying-invested, as markets will always surprise. Investors who rushed to exit citing the COVID narrative, during the March mayhem, are frustratingly waiting for better entry points after the stunning rally in much of the broader space. Just to share the data-point, BSE small-cap index is up by over 33%+ while the Sensex is up by over 25%+ from the 31st March level. This doesn’t mean that the risk of markets touching another low in the short-term has gone away. But, taking a longer view, the upside from current levels could surprise even seasoned investors, esp. in the smaller end.

Stay the course and stay invested for reaping the full rewards from the longer-term turnaround.

(ArunaGiri N is Founder CEO & Fund Manager at TrustLine Holdings Pvt Ltd. The views expressed are the author’s own. Financial Express Online does not bear any responsibility for their investment advice.)