Any temporary breather in the upcoming truncated week should not be construed as negative instead the buy on dips strategy should remain in focus as we do not expect the index to breach the key support of 16900. 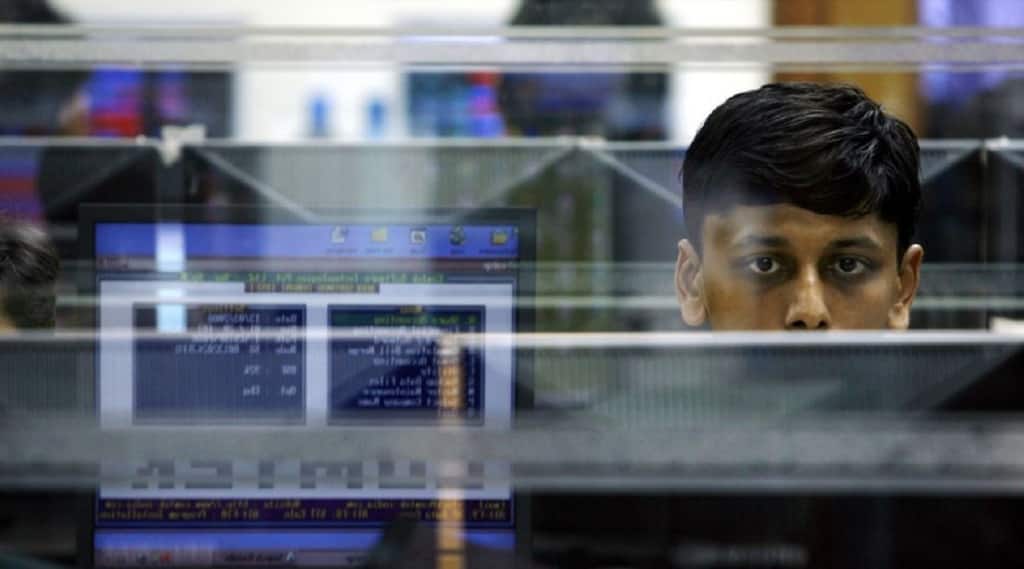 We reiterate our positive stance and eventually expect the Nifty to head towards 17900 levels in coming weeks as it is 80% retracement of the entire decline from October 2021 to June low. Image: Reuters

The NSE Nifty 50 index started the previous week on a positive note and subsequently approached near our target of 17500. As a result, weekly price action formed a bull candle carrying higher higher-low, indicating continuance of positive bias. We reiterate our positive stance and eventually expect the Nifty to head towards 17900 levels in coming weeks as it is 80% retracement of the entire decline from October 2021 to June low (18600-15200). Thus, any temporary breather in the upcoming truncated week should not be construed as negative instead the buy on dips strategy should remain in focus as we do not expect the index to breach the key support of 16900.

Our constructive bias is based on following key observations:

A) The breakdown in Brent crude oil prices below $98 boosts sentiment and should help to tone down inflation worries, which is positive for equities

B) Market Breadth as measured by percentage of stocks rising above 50-day average has seen remarkable improvement, with current reading of 86% against mid-July reading of 44% indicating broadening participation across sectors and market caps

C) In developed market space S&P 500 has bounced from key support, after 24% correction from life highs.  Since 2008, in three major instances, after average correction of 25% S&P500 has formed a durable bottom and rallied back to highs. We expect historical positive correlation of Indian equities with DM to play out going forward

The midcap index has relatively outperformed against benchmark supported by improving market breadth, indicating broad based nature of rally. Going ahead, we expect catch up activity should be seen in small cap space.

The Bank Nifty during last week traded in a range with positive bias to close higher for the third consecutive week amid lower crude prices, softening yields and favourable global cues. The index closed at 37920 levels up by 1.1%. The weekly price action formed a bull candle which maintained higher high-low signaling continuation of the up move. We expect the index to maintain positive bias and head towards February 2022 high of 39400 levels in the coming weeks. Any temporary breather in the upcoming truncated week should not be construed as negative instead should be used as a buying opportunity.

Index after a sharp rally of 18% in the just seven weeks has approached overbought condition in daily and weekly stochastic oscillator (currently placed at 81 and 95, respectively) indicating possibility of temporary breather at higher levels cannot be ruled out. We believe any retracement of the recent up move from here on would make the market healthy and offer incremental buying opportunity. Bank Nifty has relatively outperformed the benchmark index during the market correction and the subsequent pullback as can be seen in the Bank Nifty/Nifty ratio chart. It has registered a breakout above the falling supply line joining highs since January 2021 highlighting strength and continuation of the outperformance.

The formation of higher high-low on the weekly chart makes us confident to revise the support base higher towards 36600 levels as it is the confluence of the bullish gap area of 28th July 2022 and the 38.2% retracement of the recent up move (34463-38231)

(Dharmesh Shah is the Head – Technical at ICICI Direct. Please consult your financial advisor before investing.)

ICICI Securities Limited is a SEBI registered Research Analyst having registration no. INH000000990. It is confirmed that the Research Analyst or his relatives or I-Sec do not have actual/beneficial ownership of 1% or more securities of the subject company, at the end of 17/06/2022 or have no other financial interest and do not have any material conflict of interest. I-Sec or its associates might have received any compensation towards merchant banking/ broking services from the subject companies mentioned as clients in preceding 12 months.