For Q4, there is an expectation of a strong 20%+ earnings growth (year-on-year) in the BSE Sensex/NSE Nifty 50 universe. But this would be predominantly driven by the financials sector, and oil & gas. 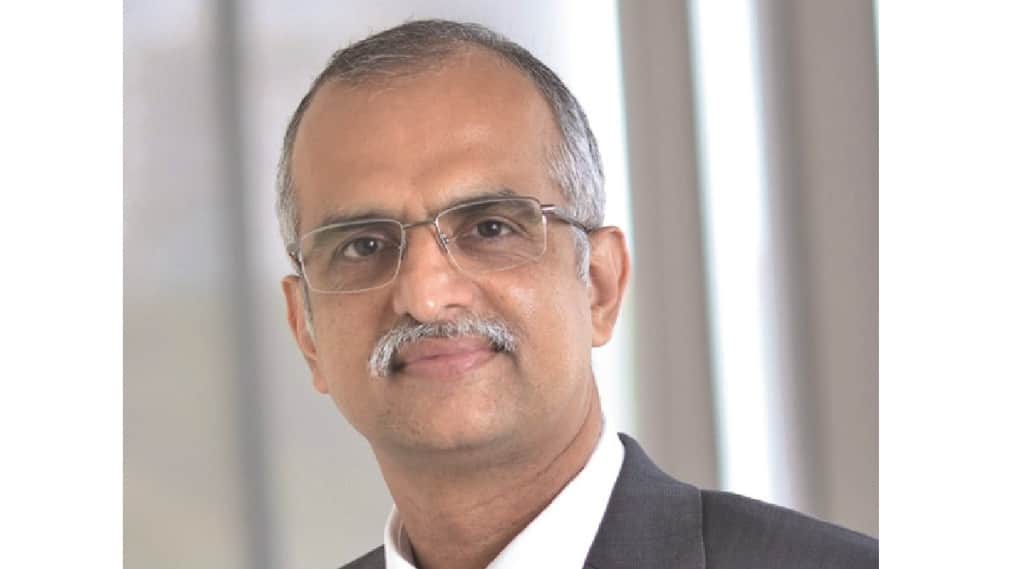 Domestic markets have been range-bound for the last few weeks now and earnings have not been stellar as we had witnessed in the previous few quarters. Given multiple headwinds ahead, earnings of sectors other than financials and oil & gas, could be on the lower side, said Shyamsunder Bhat, CIO, Exide Life Insurance in an interview with Kshitij Bhargava of FinancialExpress.com. He further shared his views on new-age internet companies, and offered investors a piece of advice amid the current market uncertainty. Shyamsunder Bhat also added that he has a positive long-term view of markets but remains cautious at current valuations. Here are the edited excerpts.

We are staring at multiple headwinds, inflation, geopolitical crisis, and interest rates hikes, what should investors do at this juncture?

Yes, there are multiple headwinds at this juncture, with stubbornly high inflation, reduction in liquidity and rising interest rates, and the uncertainties due to the Russia-Ukraine crisis. One more headwind is the risk of earnings downgrades (which is a concern, as valuations are not cheap, at 18.5xFY24 earnings as per current estimates).

But we must also keep in perspective some positives: Given the significantly high level of vaccination in India and the relatively limited impact from the Omicron variant witnessed as compared to the earlier waves, the concerns on this front have thankfully eased. With a higher GDP growth (though lower than anticipated earlier) compared to most other large economies, strong forex reserves, the longer-term position for FIIs on Indian equities is likely to be further strengthened, since some of the other emerging markets have concerns on the economic/geopolitical front. While we have been witnessing large FII outflows over the past few months due to a combination of factors this need not be construed as a change in the stance of FIIs towards Indian equities.  The Indian equity market has fared significantly better than global markets not just over the past year, but also in the Jan-Mar quarter where we witnessed a sell-off of 5-8% in MSCI World as well as MSCI Emerging market indices. The significant support from retail inflows into domestic funds is expected to continue, with equities being among the very few options for retail savers to earn tax-adjusted returns in excess of inflation over the longer term.

Presently, there are headwinds for equities as well as bonds in general. Asset-allocation would vary depending upon the age, risk appetite, time-horizon and income /liquidity requirements of an individual. Or else, investing in active asset allocation funds in the ULIP space is another portfolio strategy option. Most importantly, investors should not be looking at equities from a one or two years’ perspective; their outlook should necessarily be much longer.

So far the earnings have not been stellar, what are your expectations for the overall earnings of Indian Inc in Q4?

For Q4, there is an expectation of a strong 20%+ earnings growth (year-on-year) in the BSE Sensex/NSE Nifty 50 universe. But this would be predominantly driven by the financials sector, and oil & gas.  Excluding these two sectors, the earnings growth could be much lower (in single digits), pulled down by sectors such as automobiles, cement and FMCG. We have seen an overall good set of numbers from the financials sector thus far, and some disappointments in the IT sector: these have been the only 2 sectors which have largely reported numbers so far.New age internet stocks have corrected sharply and there are concerns about valuations, profitability and much more. What is your take on these stocks?
We have generally avoided investing in the IPOs of these new-age companies, both due to the valuations at which these IPOs were launched, as well as due to the uncertain timeframe by when these business models can generate meaningful profits. In the current context of tighter liquidity and a possible slowing down of private equity funding, valuations may not rebound sharply even though these stocks have corrected substantially. We, therefore, continue to be cautious in this space.

LIC IPO is now live, do you think this will impact the market in the short-term sucking the liquidity out?

Since the revised fund-raise is significantly lower than that initially envisaged, the risk in terms of sucking out of the liquidity is not a concern any longer. The reduction in float as a percentage of the equity capital, as well as the reduction in the valuation as well compared to that envisaged earlier, are positives. There could be challenges, however, in meeting the total disinvestment/privatisation estimates once again in the current financial year, considering that there will not be a further stake-sale in LIC for 12 months from the time of the IPO.

Where do you see Sensex, Nifty by December 2022?

The directional intent provided in last year’s Budget was followed up well in this year’s Budget as well, in terms of providing a conducive environment for longer-term growth. We have witnessed a 19%-25% gain in the large-cap/midcap indices in the last financial year, which has to be also viewed in the context of the sharp earnings growth expected for that year. However, the earnings growth in Fy22-23 and Fy23-24 could moderate to a range of 10-12%, with the higher base of Fy21-22 and a likely difficulty in the ability of corporates to pass on their higher costs (unless demand picks up strongly). The outlook for the indices for calendar 2022 would need to be seen from this perspective.

We do not have specific targets for indices, as our investment strategy is stock-specific. Further, as insurers, our investment outlook is longer-term. We have a positive long-term outlook on our equity market, but we remain cautious at present levels, for the current year. There are a few sectors/individual stocks, however, which could deliver better returns than the indices this year. We are overweight on the financials sector (which is likely to do well in terms of margins in a rising interest rate scenario, and with credit costs under control), and in domestically oriented sectors such as cement and consumer sectors, and on select companies which appear to be competitively placed from the perspective of the PLI schemes. The IT sector is one which is witnessing a strong demand environment and a strengthening US dollar, and this sector too could do well: the disappointments on the margin front have possibly already been reflected in the sharp correction in the stocks in this sector.

Follow us on
Latest News
Five ways how artificial intelligence impacts PGDM students
Twitter Blue to launch in India in less than a month, Elon Musk confirms
How different CTV advertising strategies can help in the reach of a brand
How social platforms may help you grow your e-commerce business
Bangladesh opt to bat against Pakistan in virtual QF
When sports stars score as brand endorsers
Gujarat polls: PM Modi to address rally in Valsad district
Photos
Dazzling & Astounding! Proposed design of the to-be redeveloped Dakaniya Talav Railway Station in Rajasthan-PHOTOS
15 hours agoNovember 5, 2022
Heart-wrenching! Here is a look at Morbi and the suspension bridge that collapsed
6 days agoOctober 31, 2022
In Pictures: PM Modi in Kargil to celebrate Diwali with soldiers, says, ‘All of you have been my family for years now’
2 weeks agoOctober 24, 2022
Read More
×
Petrol, Diesel Price Today, Nov 6, 2022: Fuel rates unchanged; Check rates in Mumbai, Delhi, other cities
Cryptocurrency – Why it did not work in India as a culture
Key things to consider while taking a car loan; Check lowest interest rates & EMIs
Netherlands stun South Africa by 13 runs in T20 World Cup
China’s posts 6-month high COVID count as it sticks with strategy
Elon Musk’s $7.99 Twitter Blue with verification officially arrives on iOS; to be available in these countries