Analysts noted that the loss reported by the company was owing to retail fuel prices being kept frozen leading to marketing loss. 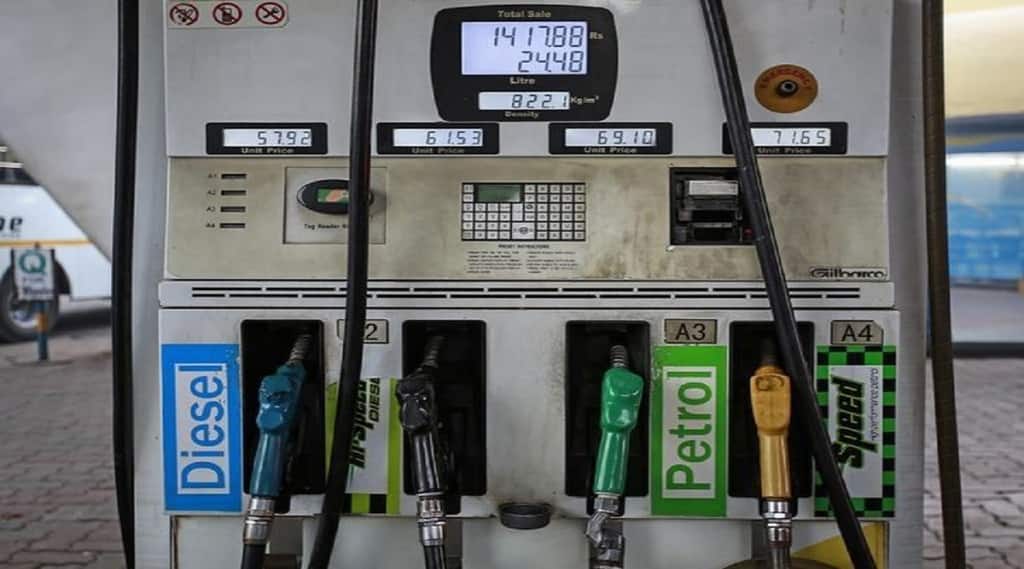 BPCL said that it earned GRM of $27.51 per barrel in the quarter as against $4.12 per barrel gross refining margin a year back. (Image: REUTERS_

Bharat Petroleum Corporation Ltd (BPCL) share price tumbled 4.75% on Monday, days after the company reported a net loss of Rs 6,291 crore in the first quarter of the current fiscal year. Analysts noted that the loss reported by the company was owing to retail fuel prices being kept frozen leading to marketing loss. The stock was trading at a low of Rs 320 per share on Monday, extending its 16% decline so far this year. However, analysts are mixed in their outlook for BPCL despite the loss. While some are advising investors to give up and sell the stock some are still bullish on the scrip.

BPCL reported losses even as Revenue from operations rose to Rs 1.38 lakh crore from Rs 89,688 crore in April-June 2021. BPCL said that it earned GRM of $27.51 per barrel in the quarter as against $4.12 per barrel gross refining margin a year back. However, the same was negated by losses incurred after holding fuel prices despite the rising cost. “However, while marketing volumes at 12.3mt were 23.4% YoY higher, marketing margins remained weak due to: continued freeze on retail fuel price hikes in India, and rising product prices internationally. Blended marketing margin was at Rs9,974/t, a multi-year low for the company,” said ICICI Securities.

Crude oil prices have soared higher this fiscal year with the commodity remaining above the $100 per barrel mark in the first quarter.

Should you buy, sell, or hold?

Analysts at Ambit continue to remain bullish on BPCL, reiterating their ‘Buy’ call on the scrip after the quarterly results. “Reduction in negative marketing margin on diesel and petrol due to softness in crude oil and refining cracks would provide support. Also, highest refinery utilization and middle distillates production among OMCs will bode in its favour,” they said. Analysts have further said that the marketing margin on diesel would remain negative in the near term due to low middle distillate inventories globally. However, the brokerage firm has trimmed the target price by 5% to Rs 425 per share valuation implies target multiple of 9x FY24E P/E and 7x FY24E EV/EBITDA.

Although the company faced a bad quarter, ICICI Securities hope Financial Year 2024 will bring better tiding for BPCL. “Despite the miss this quarter, we are encouraged by the strength in the company’s refining metrics, robust marketing volumes and relatively stress-free balance sheet. Consolidated earnings are also likely to see the benefit of improved refinery metrics,” they said. The stock is seen as a well-balanced downstream energy play, with reasonably complex refining capacity, a large albeit ‘at risk’ upstream segment and a marketing presence. “Our EV/EBITDA-based valuation delivers a target price of Rs358/sh. Reiterate ADD,” ICICI Securities said.

Little upside from today’s prices is projected by Motilal Oswal who remains Neutral on the stock. The brokerage firm noted that a softening of crude oil prices may bode well for the stock, but also drew attention to moderating GRMs which may be a cause of concern if it corrects further. “BPCL trades at 1.2x FY24 P/BV, and we value the stock at 1.2x FY24E P/BV to arrive at our TP of Rs 340,” analysts said.

Kotak Securities projects further downside for the stock saying that as refining margins decline and retail prices stay frozen, losses of BPCL are rising. Analysts have also stated that OMCs are now becoming ‘un-investable’ while privatization plans take a back seat. “In our view, unless oil prices decline sharply, and as elections approach in 2024, OMCs’ pricing power will be limited. With large under-recoveries, and uncertainty on compensation, OMCs have become ‘un-investable’ in the near term, in our view,” Kotak Securities said. The brokerage added that BPCL has traded at a premium valuation compared to peers but with privatisation not likely soon, that seems unsustainable.

(The stock recommendations in this story are by the respective research and brokerage firms. Financial Express Online does not bear any responsibility for their investment advice. Please consult your investment advisor before investing.)