An Asian share gauge sank to the lowest level in over a month, sapped by Japan and Hong Kong. S&P 500, Nasdaq 100 and European contracts were also in the red. 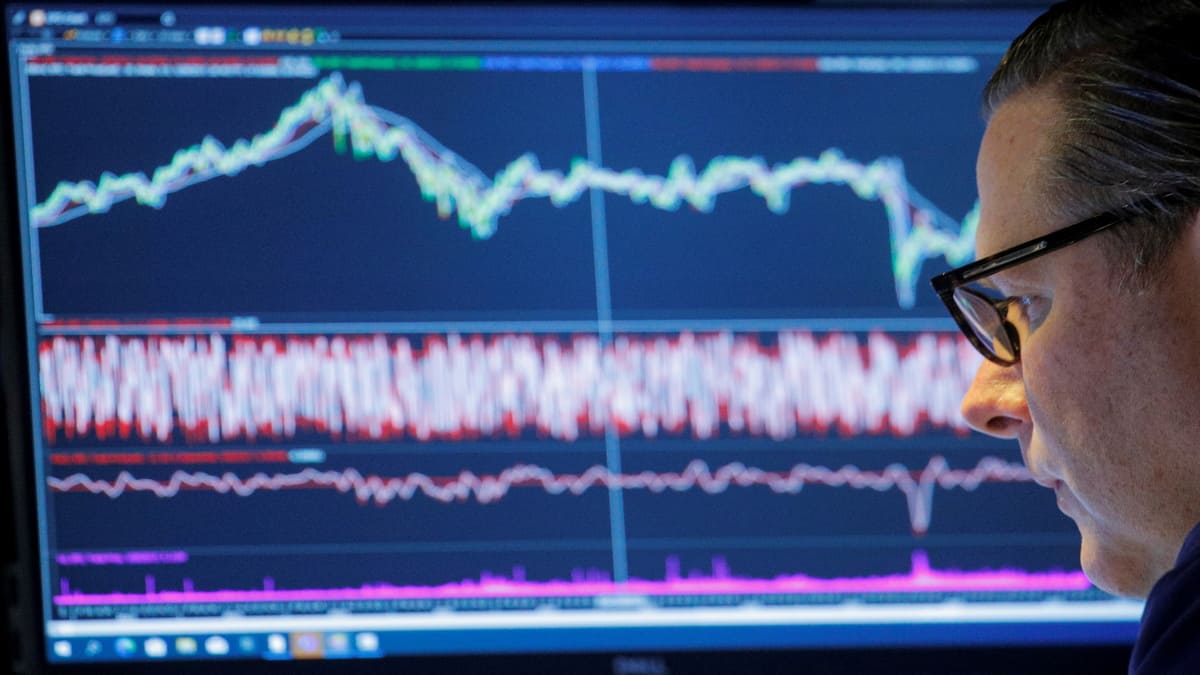 Stocks, U.S. equity futures and sovereign bonds fell Friday as the prospect of one of the Federal Reserve’s most aggressive monetary tightening cycles. (File: Reuters)

Stocks, U.S. equity futures and sovereign bonds fell Friday as the prospect of one of the Federal Reserve’s most aggressive monetary tightening cycles in recent history sowed more market discontent.

An Asian share gauge sank to the lowest level in over a month, sapped by Japan and Hong Kong. S&P 500, Nasdaq 100 and European contracts were also in the red. Energy and technology equities led Wall Street lower Thursday.

China’s economy-sapping Covid lockdowns and concerns over regulations weighed on the nation’s equity bourses. Beijing’s vow of market stability has failed to mollify investors: the latest step was a statement from the securities watchdog urging institutional investors to buy more domestic shares.

Shorter maturities paced a renewed retreat in Treasuries on the prospect of three consecutive half-point Fed interest-rate hikes, which would be the sharpest tightening since 1982. Fed Chair Jerome Powell signaled increases of such increments are possible and found merit in the idea of “front-end loading” moves.

A portion of the Treasury yield curve inverted again. That may indicate worries about whether the Fed’s campaign against price pressures — which have been stoked in part by Russia’s war in Ukraine — will tip the world’s largest economy into a downturn. Bonds in Australia and New Zealand declined.

The dollar advanced, the yen weakened and oil dipped below $103 a barrel. Energy costs are still elevated supply challenges posted by the conflict, but slowing U.S. and Chinese growth could curb demand too.

Central bankers are stepping up efforts to quell some of the highest inflation in a generation. That shift is sapping investor sentiment, stoking market volatility and eclipsing a robust start to the corporate earnings season.

“Equities are really torn between these two forces right now and the first one is that earnings are actually pretty good,” Anastasia Amoroso, chief investment strategist at iCapital Securities LLC, said on Bloomberg Television. But “anytime equities rally it seems like the Fed officials are coming in with more and more hawkish talk,” she said.

Traders have ramped up bets on Fed hikes, but there could be further to go: Nomura Holdings Inc. now expects the Fed to raise rates by 75 basis points at both its June and July meetings, following a 50 basis point hike in May.

“The unknown is Powell’s ability to deliver the needed finesse without completely derailing the recovery, while not falling short of the required magnitude to anchor inflation,” Ian Lyngen, head of interest rate strategy at BMO Capital Markets, wrote in a note.