All leading MFs exposed to debt with low ratings

Lure of higher, better returns and competition to outperform competitor is visible across industry. 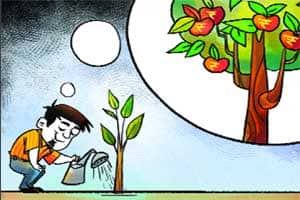 While JP Morgan AMC is facing the heat for investing around Rs 200 crore into AA rated bonds of Amtek Auto that became illiquid over the last few months and forced the fund house to restrict redemptions, a look at the debt investment portfolio across asset management companies reveals that all such firms have significant exposure to debt instruments of private sector companies that carry a credit rating lower than the highest AAA rating or A1+ rating.

The lure of higher and better returns amid competition to outperform the competitor is visible across the sector. A look at the debt portfolio (sourced from ICRA MFI explorer) of the top 10 asset management companies at the end of July 2015 (by size of their assets under management) shows varied strategies adopted by the fund houses. While IDFC Mutual Fund and SBI MF have more than 90 per cent of their AUM parked in sovereign bonds, AAA, A1+ rated bonds or as cash, Franklin Templeton has the highest percentage of its debt AUM parked in lower rated instruments. The fund house has less than 35 per cent of its total debt AUM parked into sovereign bonds or private sector bonds rated lower than AAA or A1+.

Among top ten players, the percentage of highest rated safe instruments along with cash stood at 91.5 per cent for IDFC Mutual Fund and 90.3 per cent for SBI but that for Franklin Templeton was lowest at 33.5 per cent. The numbers also stood high for Kotak Mahindra AMC and Reliance Mutual Fund as their holding in safest instruments stood at 84.3 and 82.9 per cent, respectively.

Experts believe that it is more of a strategy than anything else but in a volatile market it may pose some risk. “Franklin Templeton focuses mostly on retail money and hence they don’t have to deal much with daily entry and exits as some other large fund houses that focus on getting institutional money. As a conscious strategy they invest in lesser rated papers and benefit from their upgrades at a later date. But in times like this when investors are concerned, while credit risk may not come into play, liquidity risk may come into play,” said the debt CIO of a leading fund house, who did not wish to be identified.

He further added that many large fund houses have a relatively high liquid AUM and thus they need to have highly liquid portfolios which is why they have a higher percentage of highest rated papers and investors should not be too worried about the presence of lower rated instruments in the portfolio.

However, financial advisors say that retail investors should not worry too much and should not run for redemptions as there is no credit risk in the market. “If they start redeeming their investments in apprehension it may however lead to a liquidity issue. They must hold the investment for the term they had planned and not look at early redemption citing the issue of two debt funds at JP Morgan AMC,” said a Mumbai-based financial planner.

New Delhi: About a week after JP Morgan AMC restricted redemption in two of its debt schemes — Short Term Income Fund and India Treasury Fund — the capital markets regulator, Securities and Exchange Board of India (Sebi) is learnt to have initiated its investigation into the matter.

A source close to the development said that Sebi has asked the fund house, through a letter, if they had taken permission of the board of trustees before imposing the restriction on redemption .

“The norms prescribe that in order to impose any such restriction, the fund house has to first seek an approval from the board of trustees of the AMC and so Sebi is now looking if such an approval was taken in this case,” said the source.

While the fund house had allowed redemptions from the two troubled schemes till August 27 and three large corporate were allowed to exit till then, the restriction was imposed on Friday (August 28) and several large corporates including ITC, promoters of HCL Tech and Hero Motocorp were not allowed to exit on Friday. The source also confirmed that JP Morgan had informed the regulator about the imposition of restriction on redemption in the evening on August 28.