Why settle for gifts that are redundant? Ask away through gift registry

Whether it’s wedding, housewarming or birthday, why should one settle for gifts that are more redundant than useful? Ask away through gift registry, which is fast gaining currency in India 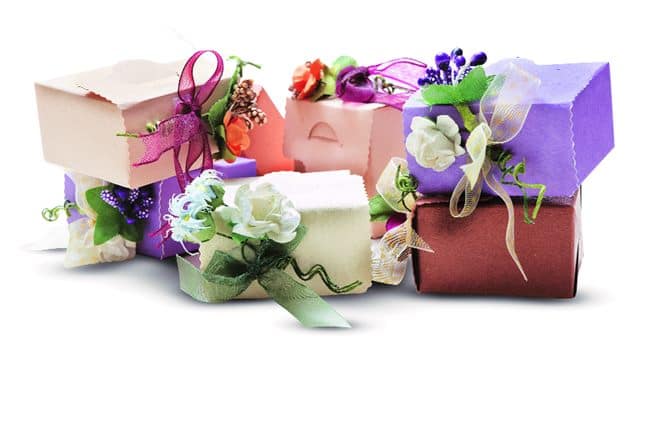 Since wedding gift registries are by far most popular, items for household use and home décor occupy a large chunk in the preferences’ basket of gift registry users.

If you’re planning your wedding anytime soon, be prepared not just to brace the over-enthusiastic relatives, but also their more often than not unnecessary gifts. Let’s face it. How much crockery and China can one possibly accumulate? The multiple bouquets of flowers that are meant to adorn your surroundings, will only find solace in bins at the end of the day. While a lot of people prefer to give and receive cash, managing a tonne of those paper envelopes can be a task too.

For 30-year-old Shreya Krishnan, who got married in February this year, gifts that mostly go to waste motivated her to look for alternatives to the current gifting culture. That’s when she stumbled upon the concept of gift registry, where couples create a wishlist of the gifts they’d like to receive on an online platform, accessible to their friends and guests. “I hate waste and I’m not the kind of person who has a lot of stuff. So I opted for gift registry to reduce waste. I would have gone for a gift-free wedding, but it’s difficult to refrain relatives from gifting and my husband also suggested that we could use some household items to set up our house,” the Delhi-based architect recalls. Krishnan and her husband then got in touch with Chennai-based Wedding Wishlist, a leading gift registry platform in India, to assist their cause. Almost 90% of the things, which included items for household use and home décor, cash transfer, contribution towards charity, that Krishnan had added to her wishlist were delivered to her hassle free by the company.

The concept of gift registry isn’t new. Almost 90% of weddings that take place in the US entail gift registries. However, the trend caught the eye of couples in India only in past couple of years. “The main idea behind launching Wedding Wishlist was to bridge the immense gap between gifts received and gifts desired at a wedding. Despite over a billion dollars spent annually on wedding gifts in India, couples invariably end up getting repeat gifts or gifts they have no use for, resulting in them being re-gifted or recycled,” says Tanvi Saraf, co-founder and director of marketing at the company. “For guests attending a wedding the journey is equally tough; the guesswork of knowing what a couple wants, ensuring it’s not a repeat gift and the logistics of buying and handing over the gifts can be a lot of work. All this can be avoided with a gift registry,” she adds. The company was founded in February 2016, and has grown to be a well-known brand in the segment ever since. Currently, Wedding Wishlist has successfully provided their gift registry services for 132 weddings and has over 200 couples signing up on the website everyday.

The concept is literally as simple as it could get. Platforms offering gift registries have mobile applications, user-friendly mediums on their websites through which the person concerned can create their wishlist, a compilation of things they’d want to receive. The wishlist is made accessible to the guests who’ve been invited to the celebration—wedding, birthday, housewarming and the like. As per their convenience and budget, the guests can then pay as much for any or all of the products in the list. Once the payment for specific items has been received, the platforms deliver the products to the recipient’s home as and when they want. Since wedding gift registries are by far most popular, items for household use and home décor occupy a large chunk in the preferences’ basket of gift registry users. Besides, people also opt for cash transfers in their account, or donations to be made to charitable organisations.

“I noticed during my sister’s wedding many years ago that most of the gifts couples receive are useless, and that is what inspired me to opt for something different,” says 28-year-old Ravi, a soon-to-be-married model and actor from Chennai. “At that time, I hadn’t heard of the concept of gift registries. When my Australia-based friend mentioned it, citing its commonality overseas, I thought of giving it a shot. Ravi and Rini, who got married in September this year, had signed up with Wedding Wishlist to create their gift registry. “We needed to set up an entire house after getting married, so most of the things that featured in our registry were basic household items…everything from a basic coffee mug to a water purifier and things for the living room were part of our wishlist,” notes Ravi. The couple has also asked for contributions to be made for their honeymoon.

Even as the concept has come to gain acceptance among the Indian masses, challenges aplenty continue to plague the segment. “We faced a certain amount of resistance from people who refused to accept the idea of an individual suggesting what gifts they would prefer to receive. Also amongst the older generation, there is the hesitation to do online shopping. The satisfaction derived from actually seeing the gift before purchase and the pride of personally handing it over and to pose for a photograph were tough to bring a change to,” says Shalini Nair, managing director of Bengaluru-based MyThofa Gifting Solutions. The company was founded in early 2014, but became operational by mid 2015 only. While the initial days were tough for MyThofa, the company soon found increasing acceptance of the idea among masses. Especially after Bollywood celebrities like Priyanka Chopra and Deepika Padukone opted for gift registry during their weddings and were extremely vocal about it. The company has tied up with Amazon and several other independent partners, that make gifting experience as good as visiting a mall, and offer gift cards and e- vouchers for over 200 brands.

Another player that is hoping to reap benefits from turning tides in the segment is Mumbai-based Wishtry, founded in 2016 by Yogita Parekh, Shailie Parekh and Aditi Mehta. The platform works in a similar fashion where persons signing up for gift registries create a wishlist, essentially a selection of gifts they’d like to receive, which can then be accessed by guests. The company has created over 4,500 registries and more than 1,300 wishlist so far. “People in India are now accepting this innovative concept. We envisage gift registries to be a defining concept, set to change the entire gifting ecosystem in India,” says Mehta.

Follow us on
Latest News
Why Sony SAB wants to be a ‘living room’ brand
‘A strong credit profile & robust balance sheet remain an enterprise priority’
India leads the world in remarketing adoption: Report
Nifty short-term trend positive, 17900 crucial support; key things to know before share market opening bell
Hiring and Firing! Why India needs to lower its dependence on the US for IT services industry
‘Seeing some early signs of slowdown in discretionary digital projects’
DBS Bank plans to triple gold loan business in five years
Photos
Heart-wrenching! Here is a look at Morbi and the suspension bridge that collapsed
4 days agoOctober 31, 2022
In Pictures: PM Modi in Kargil to celebrate Diwali with soldiers, says, ‘All of you have been my family for years now’
2 weeks agoOctober 24, 2022
In Pictures: PM Modi inaugurates Deepotsav in Ayodhya; World record set by lighting of over 15 lakh diyas
2 weeks agoOctober 24, 2022
Read More
×
Rs 4.25 lakh in fines for GRAP violations in Noida
Air quality panel orders ban on plying of diesel LMVs in Delhi-NCR, entry of trucks into capital
Jal Shakti Ministry to celebrate Ganga Utsav on Friday to spread awareness on river rejuvenation
Suspension of outdoor activities among steps taken by Delhi-NCR schools amid worsening air quality
53 per cent Delhi-NCR residents hold stubble burning as primary cause of air pollution: Survey
Scientists find evidence of ‘substantial’ transmission of monkeypox even before symptoms appear