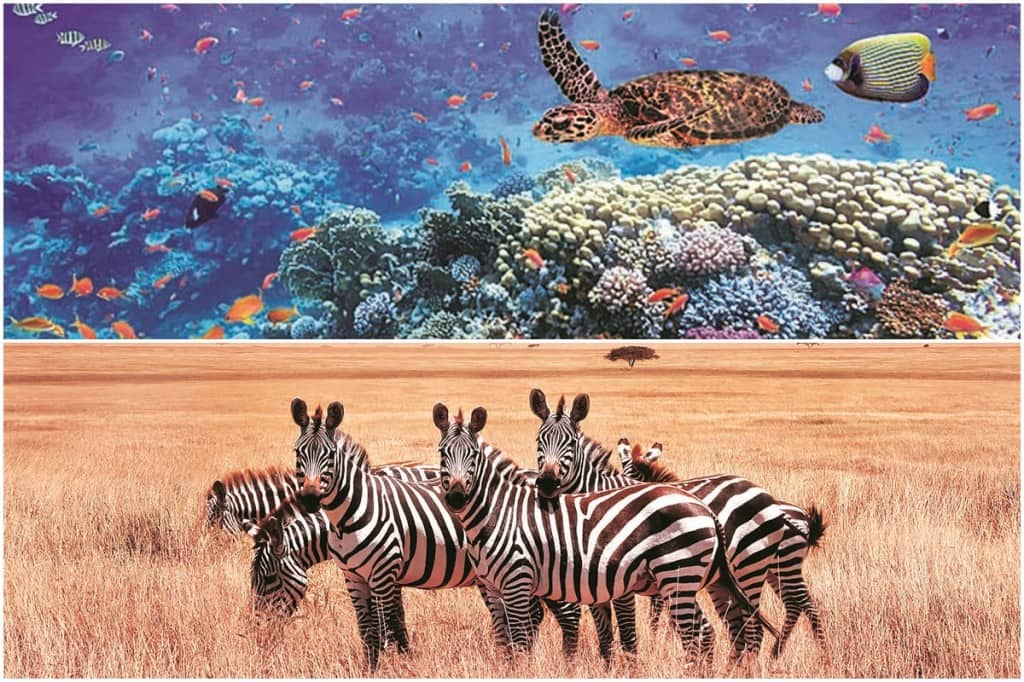 Most countries are now taking steps to protect biodiversity without which the state of the world’s biodiversity would be considerably worse.

The fifth edition of the UN’s Global Biodiversity Outlook report, published in September by the UN Convention of Biological Diversity (CBD), provides an overview of the state of nature worldwide. The report notes the importance of biodiversity in addressing climate change and long-term food security, and that action to protect biodiversity is essential to prevent future pandemics.

Factors like man’s current relationship with nature, continued biodiversity loss and the ongoing degradation of ecosystems are having profound consequences for human well-being and survival. “As nature degrades, new opportunities emerge for the spread to humans and animals of devastating diseases like the coronavirus.

The window of time available is short, but the pandemic has demonstrated that transformative changes are possible when they must be made,” says Elizabeth Mrema, executive director, CBD, adding, “The more humanity exploits nature in unsustainable ways and undermines its contributions to people, the more we undermine our own well-being, security and prosperity.”

Also Read
The 7 bottles you need for a well-stocked home bar
International day of forests: Collaborative effort to help save our forests
Ambani Family Tree: Meet all the members of ‘The Ambani Family’
Sea-Facing Penthouse to Lamborghini Gallardo: A look at Pathaan actor John Abraham’s Rs 251 crore net worth

As the world continues to grapple with the devastating consequences of Covid-19, illegal wildlife trade remains one of the greatest threats to biodiversity not only in India, but across the globe. WWF International has called for urgent global action to address the key drivers, which will cause future zoonotic disease outbreaks. Numerous warnings from scientists and thought leaders, such as the World Economic Forum (WEF), have been made about the risk of a global pandemic. WEF ranked pandemics and infectious diseases as one of the top global risks over a decade ago, posing ‘an acute threat to human life’.

Most countries are now taking steps to protect biodiversity without which the state of the world’s biodiversity would be considerably worse. The steps include reducing the rate of deforestation, eradication of invasive alien species and raising awareness about biodiversity and its overall importance.

However, efforts to conserve and restore biodiversity need to be scaled up at all levels using approaches that will depend on the local context. A case in point is the recent floristic study of Chithara Village Panchayat in Uttar Pradesh, where an invasive weed—Emex australis Steinh, commonly called ‘three corner jack’ or ‘double gee’—was found to cause serious losses to local biodiversity and agricultural crops. Recorded in the Botanic Garden of Greater Noida’s Shiv Nadar University, where it was growing gregariously in small to large patches, the weed is originally found in Australia and South Africa. In India, since the only reported occurrence is Jammu, this is the new record for Uttar Pradesh and the upper gangetic plains of India. The species is highly invasive and has already spread to many parts of Jammu & Kashmir.

These invasive alien species are known to have a devastating impact on native flora and fauna, causing their decline or sometimes even extinction, negatively affecting ecosystems, says Jyoti Kumar Sharma, professor and head, Center for Environmental Sciences & Engineering, School of Natural Sciences, Shiv Nadar University. “Such species may provide little to no food value for wildlife. Because of high fecundity, these species reproduce rapidly, out-competing the native species and are considered as one of the main causes of global biodiversity loss,” he says.

Several documented studies claim that the brown tree snake (Boiga irregularis), native to eastern and northern coastal Australia, eastern Indonesia, Papua New Guinea and many islands in north-western Melanesia, was accidentally introduced to Guam island, where it caused the extinction of most of the island’s native bird and lizard species. It also caused a cascading ecological effect by removing native pollinators, causing the subsequent decline of native plant species.

According to Kumar, healthy ecosystems and rich biodiversity are fundamental to life on our planet. “Agricultural biodiversity is essential to satisfy basic human needs for food and livelihood security. However, impacts of climate change caused due to global warming are becoming more prevalent day by day. Urgent and coordinated efforts are required to create awareness to avoid catastrophic impacts on the environment,” he says.