It is essential to preserve all these heritages through proper patronage and governance, as they form the roots of any community and culture and account for their survival. 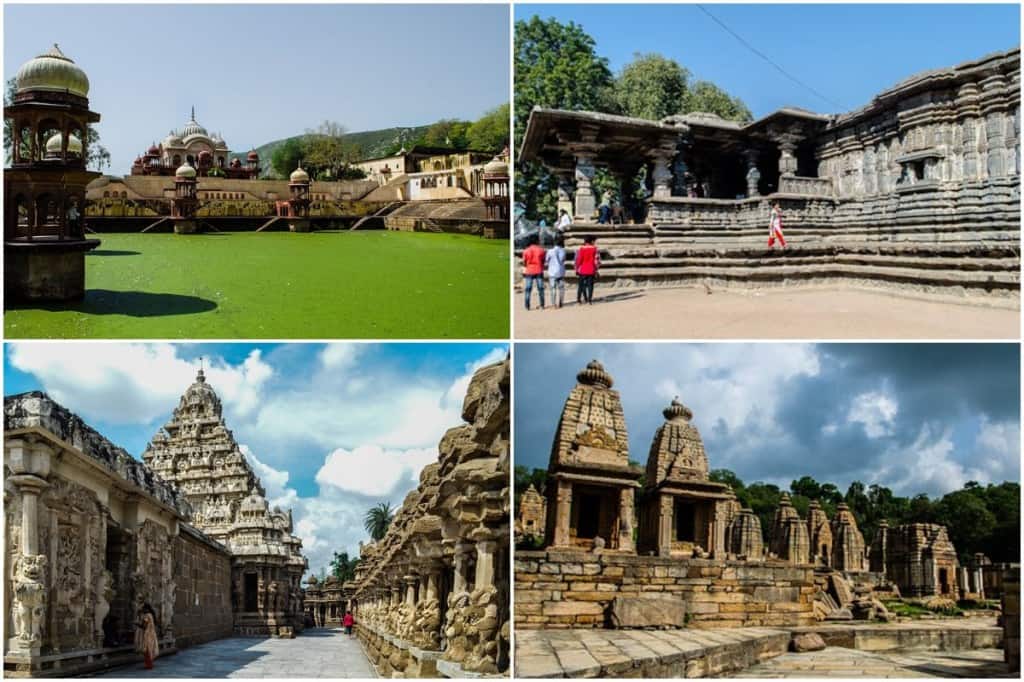 On the other hand, cultural heritage which is intangible in nature is a subtle form of expression by a community depicting their ways of living, which is passed from one generation to another through continuing practices, expressions, customs, and values that are more often than not passed through oral traditions.

India, an ancient land, is blessed with innumerable heritage sites of all kinds, which range from structural, cultural, and natural ones. The structural and natural heritage sites are a tangible part of Indian heritage, and being easily visible tends to get more attention. On the other hand, cultural heritage which is intangible in nature is a subtle form of expression by a community depicting their ways of living, which is passed from one generation to another through continuing practices, expressions, customs, and values that are more often than not passed through oral traditions. It is essential to preserve all these heritages through proper patronage and governance, as they form the roots of any community and culture and account for their survival.

In 2019 the Finance Minister Ms. Nirmala Sitharaman in her budget speech named 17 iconic tourist sites and spoke about developing of these sites into world-class tourist destinations for boosting foreign tourism into India, thus showing the government’s desire to enhance India’s image as a strong soft power. The 17 iconic sites that had been selected to serve as a model for other tourist destinations are the Taj Mahal and Fatehpur Sikri in Uttar Pradesh; Ajanta and Ellora in Maharashtra; Red Fort, Qutub Minar and Humayun’s Tomb in Delhi; Colva in Goa; Amer Fort in Rajasthan; Somnath and Dholavira in Gujarat; Khajuraho in Madhya Pradesh; Hampi in Karnataka; Mahabalipuram in Tamil Nadu; Kaziranga in Assam; Kumarakom in Kerala; and the Mahabodhi Temple in Bihar. A look at the list shows the same predictable names (majority of them) that have been highlighted from almost the time of independence. Most of these names are already well known within the foreign travel circuit, so does not really help in arousing further interest among foreigners on Indian heritage. The list is disappointing because while we have innumerable beautiful monuments scattered across the country, the GOI found it safe to stick to the well known ones and didn’t come up with newer names to garner greater curiosity and attention among the overseas tourists. As for example, if we take the state of Madhya Pradesh, besides the listed Khajuraho group of temples (which of course is undeniably a must visit site), the state is also a treasure trove of some of the most exquisite medieval temples, such as the Chausath Yogini temple, Bateswara temple, Saas bahu temple, Teli ka mandir, rock cut Dharamanath temple (Dharamarajeshwara temple), Kakanmath temples, to name a few. Perhaps some of these names could also have seen considered in the list of “17 iconic tourist sites” in order to add some sparkle to the list of monuments that has been almost done to death since 1947. Almost all states in India are replete with ancient to medieval era monuments, such as Chattisgarh with its Gupta era brick temples; Telengana with its Chalukyan and Kakatiya era temples; West Bengal with its medieval terracotta temples; Himalayan temples in the state of Kashmir, Himachal Pradesh, and Uttarakhand; Odisha temples other than the Konark; temples in Gujarat and Rajasthan, and the list is endless. It is surprising that none of these found their way into the 17 iconic sites.

The “Adopt a Heritage” project, which was launched in 2018 under great criticism by a certain section of the public, but with good intentions that aimed at encouraging organisations from the private sector, NGOs, and individuals to become ‘Monument Mitras.’ As of now the project has 27 MOUs signed, but has slowed down in its impetus primarily owing to the Covid pandemic that has almost broken down the backbone of the tourism sector. Under this project those that became “Monument mitras” would be responsible for operating, developing, upgrading, and maintaining tourist amenities at the sites using a sustainable investment model. The tourist amenities to be worked on by the “Monument Mitras” include arranging for dustbins, public conveniences, clean drinking water facility, illumination, easy accessibility, aesthetics and cleanliness of site, bench installations, waste management, app-based multilingual audio guide, installation of Digi Kiosk and ticketing Kiosk, signage (descriptive and directional), and availability of Wi-Fi. Once the pandemic is over the government must necessarily relook into this well meaning project, and push for greater participation from the public sector (under CSR) and common citizens. Focus should also be made on creating greater public awareness on not littering heritage sites or vandalizing any heritage structures, and stringent fines should be imposed if anyone is caught doing so. Security issues and poor infrastructure around the heritage sites are two important factors that plague this sector, and needs quick reforms to attract more international and Indian tourists.

On 18th April, which is the ‘International Day for Monuments and Sites’, it is essential for the GOI to review its age-old stand and move out of the safety net by enlisting names of relatively unknown or lesser known monuments and heritage sites of India, and showcase them before the world. On this day, as the Covid pandemic still rages keeping travelers and heritage enthusiasts within the safety confines of their homes, it is also imperative that we the common citizens of India take a pledge to work towards loving, safeguarding, and preserving our heritage sites.

(The author is a well-known travel and heritage writer. Views expressed are personal and do not reflect the official position or policy of the Financial Express Online.)