Geographically the glacial lakes are known as tarns, and in the Himalaya such tarns are most often found at or above 5500 m (16000 ft), and are fed by melting snow, rain, and natural spring water. 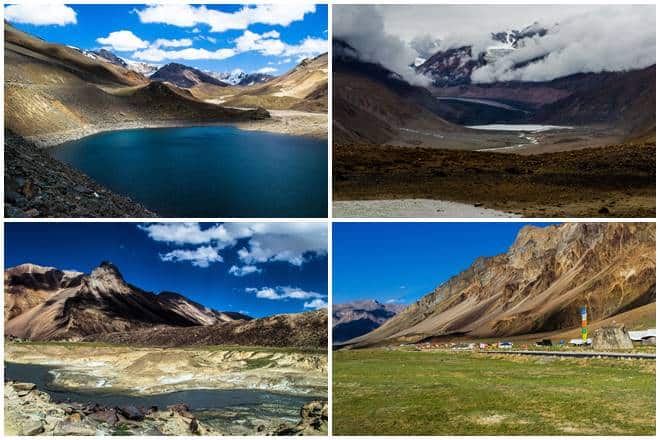 Geographical records show that almost all Himalayan glaciers have been retreating since 1400-1650 CE, a period often geographically termed as the Little Ice Age.

Himachal Pradesh, a mountainous state in the western Himalayas, is known for its beautiful landscape, and is spread across 55673 sq. kilometre. It shares borders with the states of Haryana, Punjab, Uttarakhand, the Union Territories of Ladakh and Jammu & Kashmir, and the Tibet Autonomous Region. The state has 12 districts, and is drained by many rivers such as the Sutlej, Beas, Ravi, Chandrabhaga or Chenab, and the Yamuna. The north and eastern parts of the state show alpine climate that harbour many glaciers and beautiful high-altitude lakes. While Himachal Pradesh shows a wide range of climatic variation owing to its unique geographical features, the regions situated at greater than 13,000 feet /4,000 m above sea level remain covered with snow for most parts of the year.

Also Read | Siachen Glacier open to tourists! Everything you must know before visiting world’s highest battlefield

The glaciers at these high-altitude areas create innumerable glacial lakes, and these waterbodies form to be the source of many rivers in this region. Owing to drastic climatic changes in the last 100 years, the glaciers in the Himalaya have been considerably affected, owing to which, from the mid-19th century many big glaciers started melting, forming innumerable glacial lakes. Geographical records show that almost all Himalayan glaciers have been retreating since 1400-1650 CE, a period often geographically termed as the Little Ice Age.

The Himalayan glacier lakes are important natural resources, which are both terrestrial and aquatic in form owing to their creation by land parts becoming permanently filled with water. Often based on the inflow and outflow drainage of a lake, when the water remains present for a long time in the same land the lake slowly turns into a wetland. The Himalayan region is dotted with many such wetlands. The glacier lakes in the Himalaya are of two types: moraine-dammed lakes and ice-dammed lakes. When the end moraines of a glacier collect in front of a natural glacier-fed stream the water gets stored to form a moraine-dammed lake; on the other hand, when water gets impounded behind a wall of ice it forms an ice-dammed lake. Both the glacial lake types are often highly unstable and have resulted in catastrophic floods.

Geographically the glacial lakes are known as tarns, and in the Himalaya such tarns are most often found at or above 5500 m (16000 ft), and are fed by melting snow, rain, and natural spring water. The tarns in Himachal Pradesh that lie in the districts of Chamba, Kinnaur, and Lahaul and Spiti are mostly oligotrophic. These high-altitude lakes in the Himachal Pradesh, besides being important ecologically, also play significant roles as wildlife habitats and adventure tourism spots. These wetland lakes are also popular places for the nomadic Gaddi community to camp in, as these grounds act as pasture land for their herds of goats and sheep.

Chandra Tal: Also known as Chandratal Wetland (declared as a Ramsar site on 8th November 2005), this is among the most beautiful lakes of Himachal Pradesh. A high-altitude lake (4,270 m/14,000 ft) with a wetland area of 49 hactares, it is in the upper Chandra valley that falls in the district of Lahul and Spiti, and its adjoining glaciers form to be the source of the Chandra river.

This natural lake, which is shaped like a crescent moon, is around 1 km in length, ½ km in breadth (at the widest part), with a circumference of 2.5 km. The lake is surrounded by the mountain ranges known as Chandrabhaga and Moulkila, and is on a wide plain grassland, which was once a glacier. This moraine dammed lake was created owing to a blockage by glacial deposits, and the waters from the surrounding glaciers are its source of water. Chandratal and its catchment area is mostly characterized by a complete lack of trees (65 %), which were lost owing to glacial activities. Rest 35% area are covered by many medicinal herbs and grasses, and it is on these that the gaddis from Kulu and Kangra bring their herds to graze on in the summer (June to September).

Suraj Tal: This is another beautiful high-altitude lake situated in a pristine location of the state of Himachal Pradesh, and remains surrounded by snowy peaks almost the year round. This lake also lies in the Lahul and Spiti valley, just below the Bara-lacha-la (4,890m/16000 ft), and is the source of the Bhaga River. The Bhaga river flows down to meet the Chandra river at Tandipule, and together they form the well-known river known as ChandraBhaga or Chenab. The shimmering blue waters of this lake receives it feed from the various surrounding glaciers and streams that originate in the Bara-lacha-la. The Bara-lacha-la is an 8 km long pass that is a famous cross road summit point, as the roads from Lahul and Spiti, Ladakh, and Zanskar all meet here.

Travel tips: Chandratal can be reached from Batal that is around 120 Km from Manali, via the Manali-Kaza Highway. One can also approach Chandertal via Kunjam La, the pass that connects Spiti with Lahul. Suraj Tal is around 65 km from Keylong (district headquarters of Lahul-Spiti), which is approached by the Leh-Manali Highway. Both the lakes are accessible to tourists between June to September, and one must take care as these high-altitude places show low oxygen content, which may cause Acute Mountain Sickness (AMA).