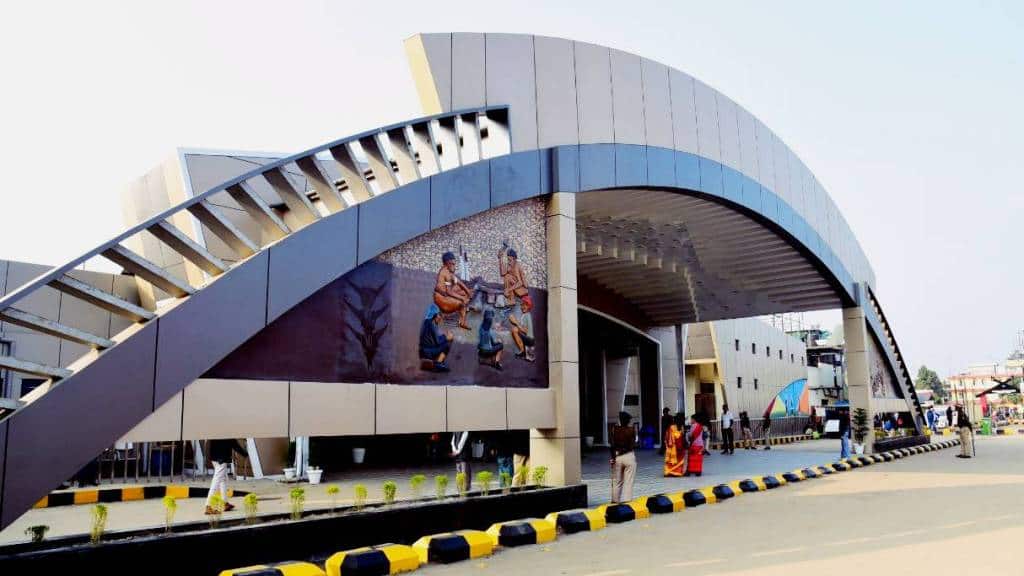 Work on the 16-km long phase-1 is complete and the Indian railways is planning to soon start passenger train services on this track. (Image- Indian Railways)

Travelling to Northeastern states is becoming easier as their air, rail and road connectivity is getting enhanced in the region. Nagaland’s capital Kohima will soon be on India’s railway map after it gets connected to the town of Dimapur via rail. The 83 km long rail track will benefit over 2.5 million people and will boost tourism in the state. The cost of Dimapur-Kohima rail project is around Rs 6,648 crore. The Indian Railways track will pass through 8 railway stations including Zuzba, 22 major rail bridges and 21 tunnels. The height of the highest bridge will be 51 metres.

Starting from Dimapur, the track will terminate at Zubza near Kohima. The region not only has a diffcult terrain, it is also part of seasmic zone 5 making it highly prone to earthquakes. Therefore, Indian Railways is using latest technology in the construction of rail bridges making them sturdy and long lasting. Due to the terrain, the major portion of this track will either elevated or will pass through tunnels which have a total length of 31 km. The longest tunnel on this track will be 6.5 km long. The track will pass through four districts of Nagaland, and its work will finish in three phases. Indian Railways has shared the progress report of Dimapur-Kohima Rail Project.

Work on the 16-km long phase-1 is complete and the Indian railways is planning to soon start passenger train services on this track. In the second phase, Indian Railways will complete the construction of 27 km rail track and it is targeted to be completed by 2023. The third and final phase will be complete by 2026. Once the track is complete the travel time from Dimapur to Kohima will be reduced by more than half from its present 3-4 hour long journey.

The Kohima-Dimapur rail project is part of PM Narendra Modi’s act east policy. The project was initiated in 2016.

Once this broad gauge rail line project is completed, it will build a new mode of connection with the capital of Nagaland to the rest of the nation. The new railway connectivity will also make freight transportation easier. Besides, the rail line will largely help in boosting the economy and tourism in Nagaland.