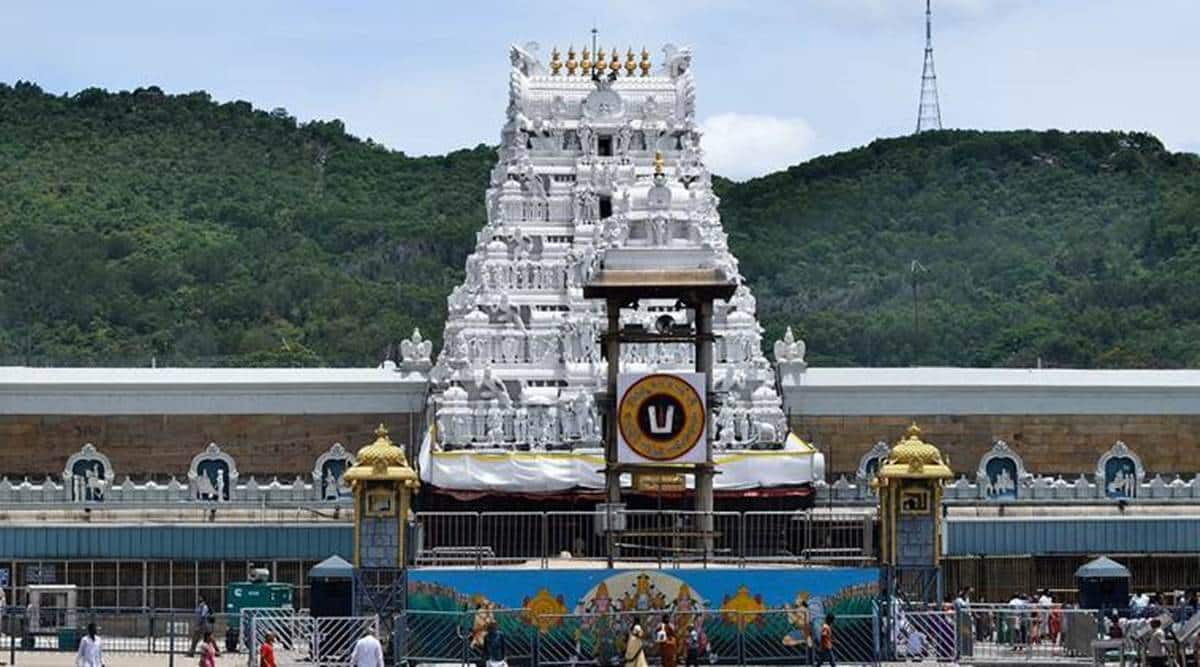 The Tirumala Tirupati Devasthanam governs the hill-shrine of Lord Venkateswara in Tirumala. (File/IE)

Thousands of devotees logged on to the Tirumala Tirupati Devasthanam website amid huge demand for darshan tickets.

On Friday, the board released 460,000 tickets online for January.

Immediately following the tickets’ release, the website received 14 lakh hits. However, the allotment process went off smoothly with the entire quote of tickets booked within 55 minutes, reports suggest. The board has already confirmed on its official website that special entry darshan quota for January had been completely booked.

The Tirumala Tirupati Devasthanam governs the hill-shrine of Lord Venkateswara in Tirumala. It will also release 155,000 tickets for sarvadarshan tickets for January today.

The board is also set to allot unutilised Udayasthamana Arjitha Seva to raise funds for three major projects, including construction of a super-speciality children’s hospital, reports suggest.

Udayasthamana Arjitha Seva was launched in 1981, but stopped in 1995 before being officially wound up in 2006. When first introduced, tickets were priced at Rs 1 lakh. The board sold around 2,600 tickets. However, 531 tickets have been left unutilised. Now, the board has decided to allot these tickets, the reports said.

The Tirumala Tirupati Devasthanam has also made it mandatory for devotees to have a certificate of vaccination with both doses or a negative Covid-19 report for darshan. The board has implemented new regulations to protect the health of devotees amid a steady increase in the number of devotees.