Must Read
Union Budget 2023 – Stay updated with FE Online’s Budget coverage
New car: What kind of name is Fronx?
If ChatGPT were your Finance Minister for Budget 2023, would you get tax cuts?
Pause slide

This 2nd century dam irrigated approximately 69,000 acres of fertile land. Legend has it that Karikalan was the only king of Southern region who captured the whole of Ceylon, the present day Sri Lanka. 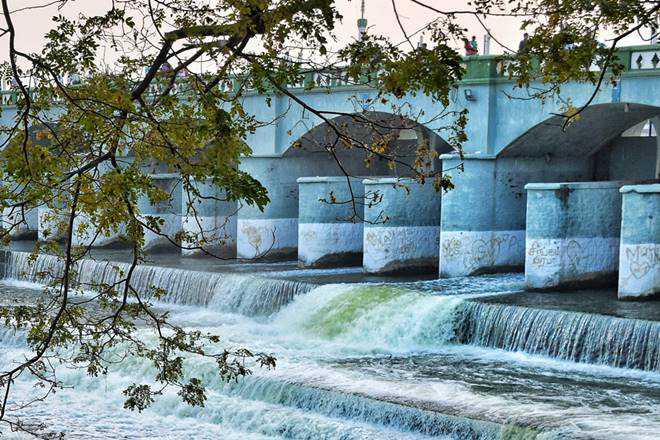 About 15 kilometres from Tiruchirapalli in Thanjavur district of Tamilnadu stands the ancient structure of Kallanai dam.

India celebrated Engineers day recently in remembrance of Bharat Ratna awardee Sir M Visvesraya born on 15th September 1861 and was the most prolific civil engineer who went on to build many dams in Mysore, Hyderabad, Pune and other places. It is hence apt to remember the ancient engineering marvels of the country like the monolith rock cut Kailash temple or the step wells of Rajasthan and Gujarat. One such engineering marvel is the Grand Anicut or Kallanai Dam built more than 2,000 years ago by the Chola King Karikalan across the Cauvery River.

About 15 kilometres from Tiruchirapalli in Thanjavur district of Tamilnadu still stands the ancient structure of Kallanai dam. The world’s fourth oldest water diverting dam is still in use. Built with unhewn stones spanning the River Kaveri, the 1,079 feet long, 66 feet wide and 18 feet high dam was built with the purpose of diverting river water to the fertile delta and preventing excess water from flooding the farm land in the delta region.

Aware of the difficulty in building masonry on the river bed with shifting nature of sand and silt, large unhewn stones instead were rolled on to the sandy river bed in the path of river. The boulders owing to their mass and gravity settled on the river bed to make the strong broad base. Smaller stones were layered on top to raise the height before constructing the masonry. This simple check dam however had a peculiar design for the masonry with a curved shape and irregular sloping crest from front to rear.

This 2nd century dam irrigated approximately 69,000 acres of fertile land. Legend has it that Karikalan was the only king of Southern region who captured the whole of Ceylon, the present day Sri Lanka. It was after his conquest of Sinhalese kingdom that the Kallanai dam was constructed by employing the prisoners of war of the defeated kingdom.

The unique design and its effective functioning amazed the British in 1800s many years later and their military engineers were asked to study the river and the ancient dam. With an aim to increase irrigated area the British built another dam downstream by replicating the one made by Karikalan Chola. The Lower Anicut was built by Sir Aurthur Cotton in 19th century on a major tributary of River Kaveri.

While the tourists flock to gardens and bridge near Lower Anicut, the original Kallanai dam still stands strong and functions with as much effectiveness as 20 centuries ago. A larger than life statue of Karikalan atop a majestic elephant sits in a grandiose memorial structure, the Karikalan Chola Manimandapam. A statue of Sir Aurthur Cotton who built the second dam modelled after Kallanai dam has also been erected on the bridge.

Successful engineering, as they say, is all about understanding how things break or fail. It was this understanding of devastation that the fierce river waters could wreak that inspired ancient engineers to look at means to harness and prevent destruction. Indeed the story of civilization is in a sense the story of engineering….the long and arduous struggle to make the forces of nature work for man’s good.

(The author is a Pune-based travel writer. Views expressed are personal.)