According to the World Architecture News website, the statue will generate around 15,000 direct jobs in tourism and allied sectors for tribal people every year. 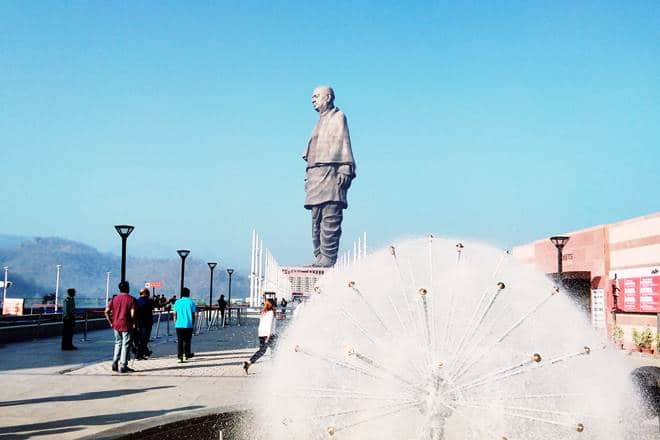 World’s tallest idol Statue of Unity has entered prestigious World Architecture News Awards 2019 in the mixed use category. On its website, World Architecture News said that the statue is built to withstand extremely high-speed winds and can also endure an Earthquake of 6.8 at the richter scale. Towering over every other structure in its category at 182 meters, the statue is dedicated to India’s first deputy Prime Minister Sardar Vallabhbhai Patel. It commemorates his contribution in India’s freedom struggle and inspire visitors with the ideas of Sardar Patel viz., patriotism, unity, good governance and inclusive growth.

The website further adds that the Statue of Unity depicts Sardar Patel in a “naturalistic” way. The statue stands on a star-shaped platform over Sadhu Bet islet surrounded by Narmada river. Constructed by Larsen & Toubro Limited, the Statue of Unity has a steel frame which is covered with around 6,500 bronze panels supported by vertical cores.

Also Read
Backpacking hostels are on the rise in India: Here’s how travel has evolved over the years
Guru Nanak Jayanti: Five Gurdwaras in India associated with Guru Nanak Dev to visit on Guru Purab
Best luxury destinations every CEO should visit before the year ends
Now you can take a direct flight to Singapore from Pune; Here’s how

At the Statue’s chest level, there is a viewing gallery for the visitors which offers a stunning view of the Sardar Sarovar Dam and the surrounding environment including Vindhya and Satpura hills and Narmada valley. Situated at the height of 135 meter, the viewing gallery can accommodate around 200 visitors at a time. With over 1.5 million visitors in just five months, the statue is a success story of its kind.

According to the World Architecture News website, the statue will generate around 15,000 direct jobs in tourism and allied sectors for tribal people every year. “The statue of unity is a symbol of India’s national pride and integration. It is a tribute to the country’s engineering poweress and project management skills,” WAN website quoted N.Subrahmanyan, CEO & MD, L&T as saying.

The World Architecture News Awards is one of the world’s leading awards in architecture and showcases the best international designs.