Now, no worship is offered at Modhera Sun Temple and it is a protected monument maintained by the Archaeological Survey of India (ASI). 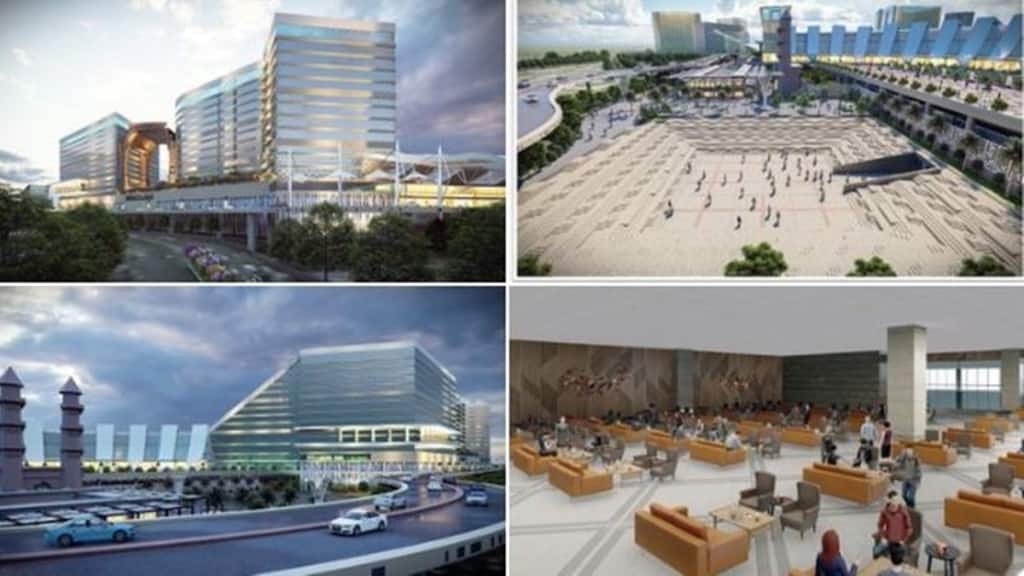 Modhera Sun Temple was built after 1026-27 CE during the reign of Bhima I of the Chaulukya dynasty. (Photo: Twitter/Ashwini Vaishnaw)

The Ministry of Railways shared a video of the to-be redeveloped Ahmedabad Railway Station and informed that its design will be inspired by Modhera Sun Temple. Once reconstructed, the 45 seconds clip shows how the station will look from the outside and inside.

“Iconic design inspired by Modhera Sun Temple; here’s a walk-through of the graphical representation of the to-be redeveloped Ahmedabad Railway Station,” tweeted the Ministry of Railways, on Thursday.

The new station will have:

b) 13 km lane of the elevated road network.

Here are a few interesting facts about Modhera Sun Temple:

a) Located at Modhera village of Mehsana district, Gujarat, it is a Hindu temple dedicated to the solar deity Lord Surya.

b) The temple is situated on the bank of the river Pushpavati.

c) Modhera Sun Temple was built after 1026-27 CE during the reign of Bhima I of the Chaulukya dynasty.

d) Now, no worship is offered here and it is a protected monument maintained by the Archaeological Survey of India (ASI).

e) The complex of the temple has three components: Gudhamandapa (the shrine hall); Sabhamandapa (the assembly hall) and Kunda (the reservoir). The halls have intricately carved pillars and exteriors. To reach the bottom, the reservoir has steps and many small shrines.

Union Minister of Parliamentary Affairs, Coal and Mines, Govt Of India, Pralhad Joshi, on Wednesday, said that these three redeveloped stations “will generate jobs, improve the economy and promote the development of cities.”

The ministry has also tweeted graphical videos of New Delhi and Chhatrapati Shivaji Maharaj railway stations. Have a look at these two as well: