Jaishankar said it was the government’s priority to ensure during the pandemic that its impact on Indian workers in terms of loss of employment was mitigated. 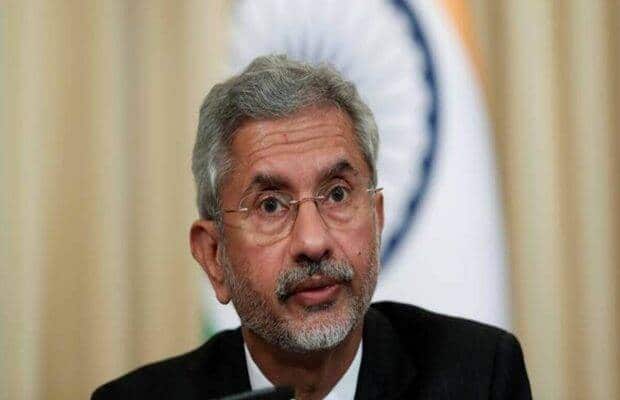 The government will continue to make this its priority in engagement with the Gulf nations, Jaishankar said. (File)

More than seven lakh workers came back from six Gulf countries under the Vande Bharat Mission, the Centre said on Friday, asserting that the Indian missions are pursuing with these nations the return of Indian workers, the realisation of payments due to them and new recruitment in the light of economic recovery.

To a question in Lok Sabha on whether a large number of emigrants employed in Gulf countries were forced to return to India in the aftermath of COVID-19 pandemic, External Affairs Minister S Jaishankar said that while a large number of Indian workers in the Gulf returned to India as a result of the impact of COVID-19, the economic recovery in that region and their increasing openness to travel from India has now seen a return by many of them.

“As per government’s estimates, about 7,16,662 workers returned from the six Gulf countries under the Vande Bharat Mission,” Jaishankar said in a written reply.

During the COVID-19 pandemic, Indian missions and posts proactively extended support to Indians both directly using the Indian Community Welfare Fund and by coordinating with community associations, Jaishankar said.

This included expenses on a needs basis pertaining to boarding and lodging, air passages, emergency medical care, etc., he said.

The minister said that the robust framework established by the government, especially since 2014, was extremely useful in meeting the emergency needs that arose during the pandemic.

Apart from the liberalisation of the usage of Indian Community Welfare Fund, the role of the Pravasi Bhartiya Sahayata Kendras, Mission/Post helplines, shelter homes, etc. were notable in this regard, he said.

Jaishankar said it was the government’s priority to ensure during the pandemic that its impact on Indian workers in terms of loss of employment was mitigated.

“To that end, the Ministry and all our Missions in the Gulf were continuously engaged with the Governments of the Gulf nations to maintain the workers, ensure their welfare and facilitate financial payments due to them,” he said.

As the pandemic has receded in recent months, this focus has shifted to pressing for the return of workers and families on an expeditious basis, the minister said.

To that end, all Gulf nations were pressed to establish air bubbles and ease visa, travel and health restrictions, he said, adding that all the Gulf countries have responded favourably to these efforts by the government as a result of which, there has been a steady flow of returnees.

The government will continue to make this its priority in engagement with the Gulf nations, Jaishankar said.

During 2020-21, the government has received many representations from different quarters, including the state of Kerala, regarding the welfare and livelihood of Indian workers in the Gulf, he said.

The government convened meetings of Gulf regional Heads of Missions of India on this specific subject physically in Kuwait in June 2021 and virtually in July 2021. The government also launched in January 2021 a programme to upskill Indian blue collar workers in the UAE to enhance their employability and wages, he said.

“Embassies are continuing to pursue with the Governments in the Gulf the return of Indian workers, the realization of payments due to them, new recruitment in the light of economic recovery, and other welfare measures as appropriate,” Jaishankar said.