Kerala is called God’s Own Country, and the most picturesque roads in this country are up in the north 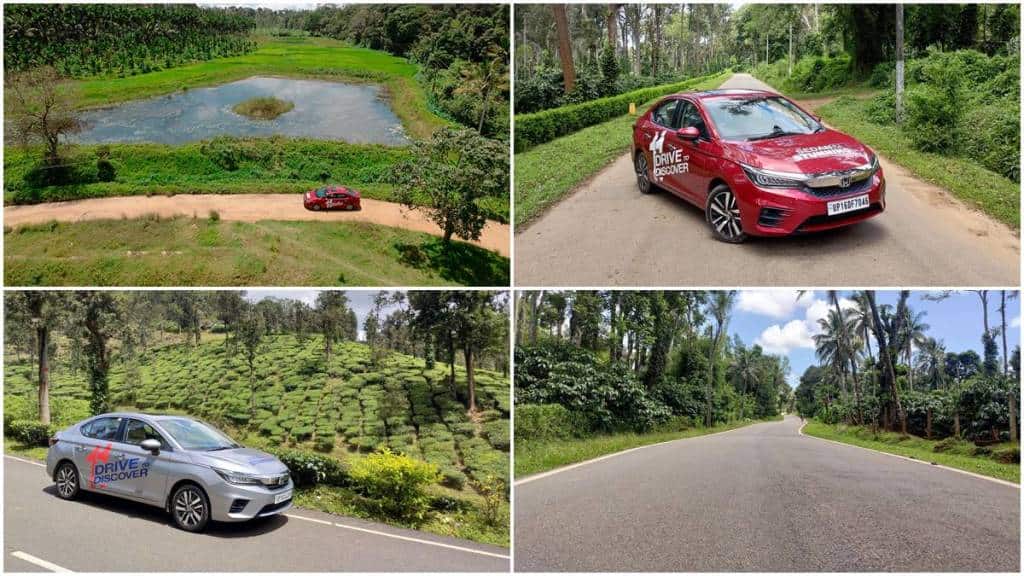 In fact, roads of north Kerala are almost as picturesque as the world-famous California 101 or South Africa’s Garden Route.

Kerala possibly has the best tourism slogan of all states in India. ‘God’s Own Country’, however, isn’t just a slogan, it’s a feeling. It’s what you feel looking at the lush green landscape up in the north and the east, on the cleanest beaches in India, inside the state’s tea estates, around coffee plantations, and on the smiling faces of the Malayali people who seem to live happily and are a perfect example of unity in diversity.

While the plains of Kerala are densely populated, the hills in the north are full of dense forests and winding roads. In fact, roads of north Kerala are almost as picturesque as the world-famous California 101 or South Africa’s Garden Route.

The route is Madikeri to Wayanad via coffee plantations and tea estates, and from Wayanad to Kochi next to the Malabar Coast. Our vehicle of choice was the Honda City e:HEV (the hybrid car).

Also Read
Fact Check: Was MV Ganga Vilas, the world’s longest cruise, stuck in Bihar? Know the truth
Did you know THIS Indian state ranks amongst New York Times ‘List of 52 places to visit in 2023’
Road trips for 2023: The roads very less travelled
Darshan to Tirupati Balaji gets costlier; Here’s everything you should know before booking TTD tickets

Coorg and Madikeri are often used interchangeably. Coorg is a district and Madikeri, a hill station, is the headquarters of Coorg. Located in southwest Karnataka at an elevation of about 1,200 metres above sea level, Madikeri has pleasant weather the year round.

The distance is about 120 km and takes four hours in a car. We would, however, suggest you take the entire day, soaking in views of mountains, smelling tea and coffee in the air, and having coconut water as the energy drink.

Kerala gets its name from ‘kera vriksham’, the Malayalam for coconut tree.

This route is also impossibly quiet, and passing through forests all you will hear is the occasional loud calls of cicadas. To be able to immerse yourself in this soundscape, choose a petrol, electric or hybrid car, instead of diesel. The City e:HEV was just the right choice for this route, without disturbing the cicadas.

Hotels are aplenty, as are national parks. This route takes you along the borders of three tiger reserves: Nagarahole, Bandipur and Mudumalai.

This is the Kerala you usually see on postcards. Rice fields, tapioca plantations, people everywhere, coconut trees everywhere, a touch of coast here and there, winding roads (yes, even in plains, because villages are packed so densely that highways have to go around them) and womenfolk selling dry fish by the roadside.

When driving from Wayanad to Kochi, the suggested route is via Kozhikode, which is one of the cleanest urban centres in India.

Kochi, or Cochin, is the biggest city in Kerala, but within this dense urban agglomeration you can find multiple oases of calm. These are the backwaters—a body of water pushed back inland by the currents of the sea, containing both sea life and freshwater organisms. Some narrow backwaters can be found near Kochi, and the famous postcard-image Alleppey backwaters about an hour to the south.

All along, you won’t miss the juxtaposition of Hindu temple spires, mosque minarets and church towers, reminding you of the peaceful coexistence of Hindus, Muslims, Christians and people of other faiths.
No wonder, all Gods love to live here.

(The best time of the year to visit is September to December, right after the monsoon, when the landscape is lush green and there is scant rainfall. During the monsoon (May to August), rainfall is so heavy it will restrict your movement. January to April is warm)